Knut the polar bear died from brain damage, causing him to fall into his pool on Saturday, a post-mortem has revealed. It was also announced that Knut will be stuffed and put on display in a museum.

Berlin Zoo said in a statement that preliminary necropsy conducted on Knut revealed “significant changes to the brain, which could be seen as the reason for the sudden death”.

Knut the polar bear is dead

About 600 people saw Knut suffer what looked like a fit. The bear was seen to shake and turn in circles on the edge of his pool before he toppled in.

An amateur Youtube video shows Knut floating in the water as visitors scream.


Knut was rejected by his mother as a cub and achieved international fame after being hand-reared by keepers at Berlin Zoo.

He is probably the world’s most photographed, videoed bear and has been immortalised in countless Youtube tributes.

After his death, Knut’s enclosure in Berlin Zoo was instantly turned into a shrine as fans left flowers and letters for the famous animal. 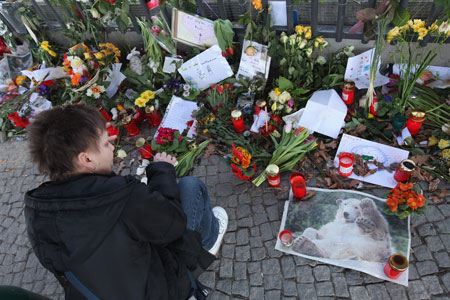 Flowers laid in tribute for Knut.

It was revealed today that Knut will be stuffed and put on display in a museum. 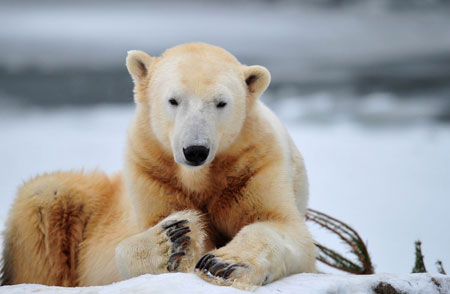 Animal rights group Peta blamed Berlin zoo for Knut’s death, claiming it put him under stress by moving him into an enclosure with three females who bullied him. The animal rights group also accused the zoo of abusing Knut’s marketing potential after the bear brought in six million pounds with merchandising and increased turnover.

It was also suggested that Knut died of a broken heart after the keeper who reared him by hand died of a hart attack in 2008.

Germany’s Leibniz Institute for Zoo and Game Animal Research conducted the autopsy said today that Knut died from brain problems. It said no other organ damage had been seen but more tests are being done.