Every year on April 25, the soldiers who fought at Gallipoli, Turkey, during World War I are remembered. Poignant dawn services are held for Anzac – the acronym for the Australian and New Zealand Army Corps – which is marked by marches and a national holiday.

The book What’s Wrong With Anzac questions the tribute’s relevance in contemporary society, and asks whether it is time to cast it aside. Here, we ask one of its authors and an Anzac supporter whether, nearly 100 years on, Anzac Day is past its sell-by date.

Yes, we should mark Anzac Day

Anzac Day means much more to Australians than recalling past military conflicts. During the first half of the 20th century, when the nation was wracked by two world wars and hardly a family was spared grief, Anzac Day allowed Australians to mourn the loss of loved ones.

Later, the 10 years of the controversial Vietnam War caused many Australians to question why their country should go to war at all. Some even blamed the soldiers themselves, even though many, like their fathers and grandfathers, had been conscripted into compulsory military service by the government of the day.

Thankfully, most young Australians today are spared exposure to military conflict. But that doesn’t mean we should forget those who continue to serve their country or forget the sacrifices made by earlier generations. These men and women helped make Australia the great place it is today.

Anzac Day gives us time to reflect on what really makes our country special. Forget the politics of the day – wars are fought and sacrifices are made by ordinary men and women serving their country, not by the politicians who sent them.

Like it or not, much of the character of the Australian nation – mateship and sacrifice, resourcefulness and devotion, pride in our country and ourselves, even our cheeky larrikin spirit – was forged on the hot anvil of a war no soldier ever wanted.

Many Australians now see Anzac Day as a time not only to commemorate, but to celebrate our love of country. This is the very reason our forefathers sacrificed their own lives in the first place.

The infectious spirit of Anzac Day allows us to take time out from our busy lives on this one day of the year and reflect on what we have achieved, both as a nation and as individuals, since those first landing craft ground ashore at Anzac Cove.

Many Australians believe that as the first Anzacs struggled up the rugged slopes of Gallipoli and proved themselves in the heat of battle, the nation of Australia was truly born on the world stage.

The event had far less to do with military success or failure and much more to do with the quality of human endeavour. Militarily, the Gallipoli campaign was an abject failure, but for the emerging nations of Australia, New Zealand and Turkey it became a proud and defining moment in their history.

Today, Australia is a wonderfully diverse, multi-cultural and welcoming nation. Every Australian – from Aboriginal people to emigrants of every colour and creed – can stand shoulder to shoulder in proud celebration of what it means to be Australian.

And if you need further proof of what Anzac Day means today, particularly to young Australians, go along to the Dawn Service at Hyde Park Corner in London or any Australian city or town.

The Anzac Day dawn service in London will take place at 5am on April 25 at Hyde Park Corner, near the New Zealand Memorial. At 9.30am the Gallipoli Association will be holding a service its memorial in the Crypt at St Paul’s Cathedral

Click to the next page to read, “No, Anzac Day is no longer significant” 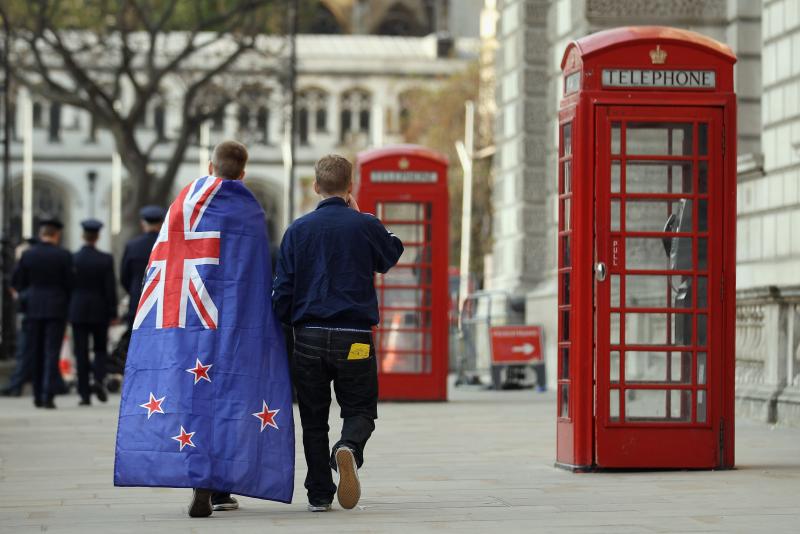 Why Anzac Day does not signify the birth of a nation

Most countries have days when they remember their war dead. Since 1916, Australia has chosen April 25 – the date of the landing of Australian forces on the Gallipoli Peninsula in Turkey.

It has assumed renewed importance in recent years as the occasion to remember dead from all 20th-century wars.

But it has been accorded even greater significance than that. The campaign at Gallipoli is commonly described as signifying the birth of the nation.

The diggers displayed characteristics which defined the new nation’s identity.

It is this expanded interpretation of the Gallipoli campaign which evokes a whole series of awkward, and necessarily unpopular, questions about what has clearly become a cult sanctified by the fallen.

It is a strange event to choose as marking the birth of the nation when the very presence of the Australian forces in the assault on Turkey was a graphic illustration of Australia’s lingering colonial status.

Another disturbing feature of the official rhetoric is the implicit assumption that nations are made in war, that until 1915, Australia had not been blooded as contemporary rhetoric often asserted.

This was a particularly dangerous idea popular among militarists in Edwardian Europe and which added to the national belligerence which led to the outbreak of war in 1914. But such ideas were largely discredited by the carnage of the war itself. They were revived in Nazi Germany and Fascist Italy and survived in Australia because the Australian domestic community had no experience of war and rigid censorship protected them from the harsh realities of trench warfare.

Another problem with the Anzac legend is that it gave priority to military over civil achievements.

If the nation was born in 1915, what do we make of the century of nation-building that preceded it?

By any measure, the new federation was, on the eve of war, one of the most prosperous, democratic and successful societies in the world. If it was incomplete as a nation what precisely did it lack? And how did participation in an unsuccessful invasion of Turkey enhance the nation?

Gallipoli and the later experience of the Western Front did not unite the nation. It was far more deeply divided in 1919 than it had been in 1914. And if anything the war tied Australia more closely to Britain than had been the case in the early years of the century.