Premier League football: Looking ahead at a season set to define the next decade

Right, now all that other ‘sport’ is nearly over, we can get back to the real deal: Premier League football. This summer’s transfer market has been quieter than a gnat’s fart so far, but things are sure to pick up as deadline day approaches.

However, it seems unlikely that’ll we see the same kind of frenetic final day action of previous years.

Arsenal: Arsene Wenger’s attitude to Robert van Persie is something akin to a Texan’s to his shotgun ie you’ll have to pry him from his cold dead hands. Whether RVP leaves or not, only a fool would dismiss Arsenal.

Aston Villa: Paul Lambert taking the helm has cloaked a disappointing summer for Villa, who desperately needed transfers to strengthen.

Lambert has inherited a team which, despite some young talent, has struggled to be anything more than an also-ran in recent years. They could well be surprise relegation candidates.

Chelsea: A repeat of last season’s success would be nigh-on a miracle. With departed striker Didier Drogba’s long shadow hanging over the still-struggling Fernando Torres, Chelsea may struggle for goals at the start of the season.

There’s no reason Lampard and Torres couldn’t forge a Gerrard-Torres-esque relationship. If not, they could be looking at fifth. Keeping Ramires and keeping him fit is key.

Nika Jelavic looks like a striker with the whole package, and Marouane Fellaini is one of the league’s strongest midfielders, but Everton’s success is down the club’s core of consistent and hardworking players who work as a unit. As ever, they’ll be in the fight for Europe.

Fulham: Martin Jol has made some shrewd investments  over the summer, assembling a powerful, experienced team sprinkled with enough dynamic players to make Fulham tough opposition.

As long as Jol can hang on to Clint Dempsey and Brede Hangeland, expect Fulham to claim top four scalps and challenge for a European spot. 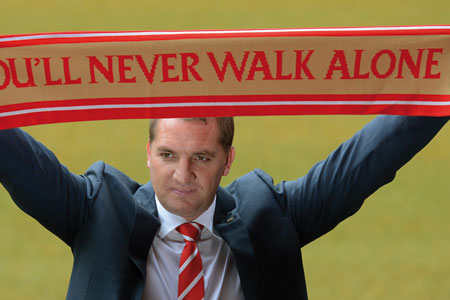 Liverpool: Brendan Rogers will find a receptive audience for his methods at Liverpool, a team whose recent playing style belies its natural talent.

Rogers may need time to achieve his vision, but Liverpool fans, whose patience with managers has surprised, might need another dose of it this season. However, given it, the rewards could be great.

Manchester City: How Roberto Mancini marshalls his resources on so many fronts will decide City’s fate. Managing the egos of a team (and bench and reserve team) of superstars will be his biggest challenge.

They’ve got the strength and depth, but have their stars got the togetherness? If so, 2012-13 could mark the start of a period of domination for Manchester’s blue half.

Manchester United: An uninspiring pre-season has left fans of the Red Devils worried. The arrival of Shinji Kagawa has done little to sate the desires of United fans starved of big-name transfers. Alex Ferguson is confident, but his young guns need to come good.

The gap between them and City might not appear vast, but they can’t afford to let it grow. That said, never underestimate United’s winning mentality.

Norwich City: For all Grant Holt’s heroics and history with the club, the striker wants away. Holt’s transfer won’t be as catastrophic as some might think; Steve Morison and Anthony Wilkinson are both underrated strikers and could certainly up their tallies this season.

The Canaries will be in the relegation mix, but should scrape through. 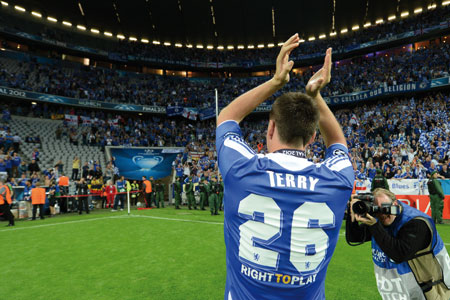 The problem is, though, he tends to be linked with almost every vacant manager’s job – whether he’s employed or not. Hughes has signed some quality with Park Ji Sung and Fabio, adding of steel and attacking danger.

Reading: No one really missed Reading when they were relegated, but the team that finished top of the Championship will prove a tough for many this season.

Centrebacks across the country will cower at the sight of the mountainous Pavel Pogrebnyak, who proved his Premier League mettle with Fulham in the second half of last season.

Southamptom: Ricky Lambert and Adam Lallana were bright lights in the Championship, and courted attention from the EPL’s biggest names. They play attractive football, but don’t expect the Saints to do a Swansea; instead expect some one-sided scorelines early on.

Their fans should remember the words ‘parachute payments’ and repeat them like a mantra every time they see themselves in the bottom three.

Stoke City: Stoke are the Frank Bruno of the Premier League, loveable and effective, but ultimately limited, and have been going backwards in recent seasons.

If they can get Crouch firing, there’s no reason they couldn’t challenge for a top half finish. They could do with some creativity in midfield, but their back four are formidable.

Sunderland: Top four aside, Sunderland have probably got the Premier League’s most effective manager in Martin O’Neil. O’Neil builds his teams on a solid back four, and he’s still two players shy of that.

They finished strongly last season and often play above themselves. Midtable would be a successful season. 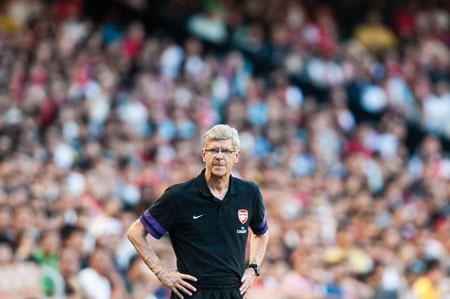 Swansea City: The exit of Brendan Rogers from the Liberty Stadium was a massive blow for the Swans, and while the appointment of Michael Laudrup appears something of a gamble, it suggests a commendable commitment to building on the style of football that made them such a great addition to the Premier League last season.

For the sake of football, we hope they stay up.

Tottenham Hotspurs: AVB’s done well to repel advances for Luka Modric, and to tie Gareth Bale to White Hart Lane for the foreseeable future. Boas’s downfall at Chelsea came about because he couldn’t manage a team of big egos.

Spurs’ squad is equally self-regarding. Most fans want to see Spurs kick on, but 2012-13 could well be a backward step if AVB can’t bring in a couple of players.

Despite his experience with big four sides, West Brom’s new manager, Steve Clark, is something of an unknown quantity.

West Ham: Their brand of tough, effective football, may secure some early wins, but look for them to falter in the new year, as teams begin to work them out.

West Ham’s results against the bottom half of the table will define their season. Only the most creative thinkers could see them doing anything other than returning to the relegation ruckus.

Jason Donovan on his new sounds