The 86-year-old was forced to cancel trips to Swansea and Rome after falling ill. A spokesman for the Queen said her schedule has been suspended for at least the next week. 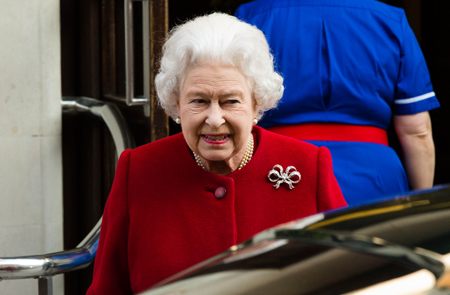 The Daily Mail reports that, while waiting for her car to take to the hospital, HRH decided she had time to fill an engagement to award an honour to a longstanding member of Windsor Palace’s staff.

The paper reported too that the Queen was in ‘good health and good spirits’.

The Queen was well looked after while at King Edward VII hospital included being guarded by the UK’s biggest policeman. 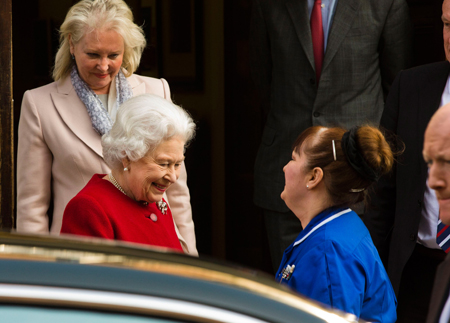 Newspapers had speculated that the Queen had become one of millions of Britons hit by this Winter’s large outbreak of Norovirus otherwise known as the winter vomiting bug.

She will return to Windsor to recuperate.