Emma West, 34, of New Addington, London, appeared before magistrates today, after being arrested and remanded in custody on Monday night following complaints made to the police.

She has been charged with a racially-aggravated offence.

The video clip allegedly shows a woman, with a toddler sitting on her knee, launching into a stream of racist abuse on a crowded tram from Croydon to Wimbledon.

Directing her tirade against passengers of ethnic origin, she screams, “You’re black; you ain’t British. Go back to where you came from.”

When one passenger asks her to stop swearing as there are children on the tram, the woman points to the child on her lap and says, “I’ve got a little kid here”.

She then continues to scream racist abuse at the obviously shocked passengers, at one point calling them “burnt people”.

Throughout the clip, the woman’s child sits looking confused as onlookers try to intervene.

The alleged racist incident was filmed by a Youtube user called LadyK89 who posted the video online on Sunday, under the name My Tram Experience. Since then it has been watched more than 2million times.

Have your say about the video on our Facebook page

On Youtube, commentators expressed their horror at the video.

“I have never been so disgusted in my life. Kudos to the lady who tells her to shut up. She’s been banged up now so let’s hope they make an example of her that she is clearly asking for – not so quiet now your racist face has been seen by millions,” said one.

Others have wondered about the welfare of the woman’s child.

“I feel bad for that kid, hopefully he disowns his mother when he gets older instead of continuing ignorance and hatred,” wrote another person.

It is also being debated whether the woman is drunk or on drugs.

Sadly, the clip has also been watched by several people who seem to agree with the woman’s views and have added their own racist comments.

Police are asking for help from anyone who witnessed the incident.

A British Transport Police spokesman said: “The video posted on YouTube and Twitter has been brought to our attention and our officers have launched an investigation.

“At present it is not entirely clear which tram stops the offence took place between and when it occurred.

“As a result, we need anyone who witnessed this incident, or with any information that could assist our investigation – including the identity of the woman – to contact us. We will not tolerate racism in any form on the rail network and will do everything in our power to locate the person responsible.” 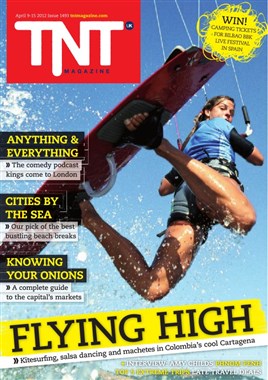