Almost two decades after the award-winning premiere of their 1995 collaboration at the Royal Court, playwright Jez Butterworth (author of the much lauded Jerusalem) and director Ian Rickson are reunited for this starry revival which boasts, among others, Skyfall’s Ben Wishaw, Downton Abbey’s Brendan Coyle and Harry Potter’s Rupert Grint in the excellent cast. 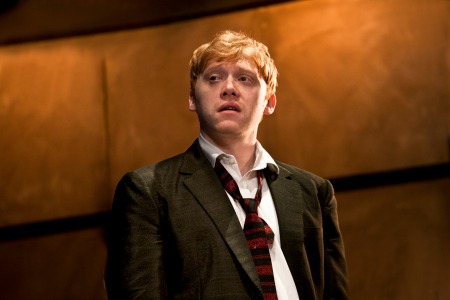 Set in a Soho night club in 1958, it’s a bleak, black, foul-mouthed  comedy  – a sort of theatrical  Tarantino meets Pinter in Dean Street  – which revolves around the gangland rivalry ignited by potential rock’n’roll sensation Silver Johnny (a brave Tom Rhys Harries). Sporting period quiffs and dark suits, these bad boys really lose their cool when they find themselves under siege after a deal misfires and their boss’s severed body is deposited in a couple of dustbins. 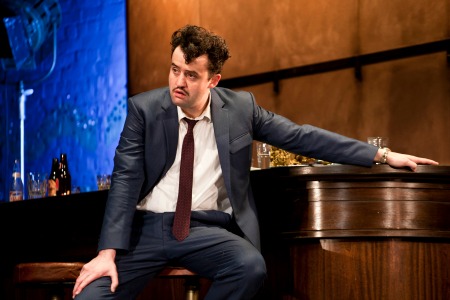 Grint’s rather dim, drug-pedalling Sweets makes a fine foil to the remarkable Daniel Mays’ restless, jittery Potts, whilst Coyle brings solid menace to older second-in-command Mickey and Skinny (Merlin’s Colin Morgan) turns into a complete nervous wreck. But it’s Whishaw’s psychotic Baby (son of the binned corpse and sporting bright blue trousers) who just about steals the acting honours – cruel, unpredictable and with a strangely absent air about him, he’s both damaged and dangerous in this young man’s play with its filthy but vivid language.