Review: The Hunger Games and trailer

The action takes place in a dystopia where young ‘uns fight to the death in the Hunger Games. Jennnifer Lawrence stars as Katniss, a young girl in one of the poorer districts surrounding the mega-city Capitol where all the glammed-up rich folk live. Katniss is chosen to compete in the games, a battle to the death where only one can live.

Lawrence is a solid lead, balancing the bow-wielding brawn of Katniss (who has honed her sharp-shooter skills hunting for food in the forests of her home District 12) with the vulnerability of someone who is fighting for her life, handling both the action and emotional upheaval with aplomb. 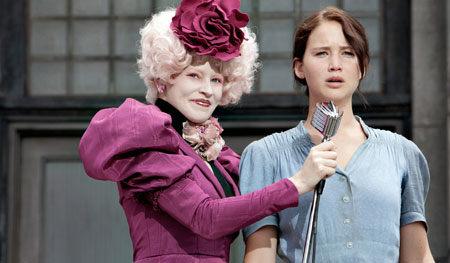 Woody Harrelson, looking like a washed-up rock star, is also good value as a grog-soaked former Hunger Games victor brought in to mentor the new combatant, and the film successfully satirises reality TV, mining intellectual smarts for the teeny-bopper crowd alongside all the death-arena antics.

It is an action set piece or two short by blockbuster standards, though, and a little too keen on setting up its ensuing chapters to satisfy fully, but in Lawrence’s Katniss, it has a positive heroine who is better suited to today’s world, and whose plight would be rewarded by the continuation film(s) there is sure to be. 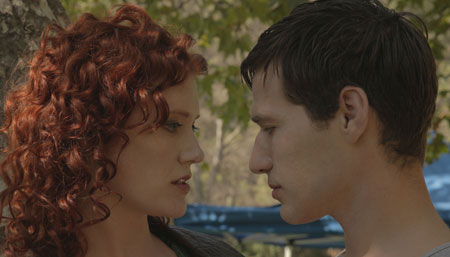 The Twilight saga is ripe for spoof – the sexless lusting, the so-sincere relationship woes, and the perennially topless dudes. This crudely titled mock-movie features 18-stone Jacob and his pack of five belly wolf-cub buddies in a piss-take in the vein of the Scary Movies. These sort of smut-fest film pastiche mash-ups often work better
as sketches than full-blown movies.

Complimentary bottles of evian up for grabs!

India – A work in progress

Machu Picchu, Peru – On the trail

Partner visas for Australia – advice from the experts