Sadly, this intriguing, high-concept premise soon becomes unwieldy and, as the dead pile up, The Raven gropes in vain for its own pulse.

We’re told repeatedly by other characters that Poe “has a darkness” but there is precious little of it on screen; Cusack, reheating his cynical record store owner from High Fidelity, never convinces as truly tortured. Equally, the film fails to build any sense of dread or make the most of its period setting. Requisite shots of alleys shrouded in fog aside, there is no more atmosphere than in an episode of CSI.

Luke Evans’ sidekick cop, ostensibly the second lead, seems to be in the film solely to give Cusack someone to talk to while explaining the references to Poe’s stories to keep the audience in the loop. A DVD commentary will excise the need for him to feature at all – maybe an older, less pretty actor would have brought some much-needed gravitas while still ticking the same expositional boxes.

The film develops some tempo two-thirds in and Cusack raises his game with the heightened stakes. But it is fleeting. The big reveal, while not entirely predictable, still has the ring of cliché. Indeed, one character even mentions the “unsatisfying denouement”, a jarring example of the way The Raven is diminished rather than emboldened by its writerly lyricism and winking cleverness.

Good for: Those determined to make excuses for everything Cusack appears in. 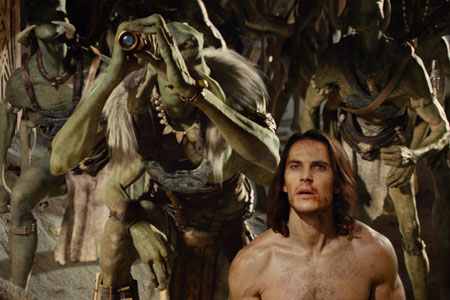 ‘Disney-do-Avatar’ is the description for this 3D spectacle, an adaptation of Edgar Rice Burroughs’ 1911 novel in which a Civil War cavalaryman (Kitsch) is zapped to Mars where he battles 12-foot-tall green-skinned aliens. The industry buzz predicts box office problems, though, for the Mouse House’s £158m+ gamble, which has work to do just to break even.

On general release from Friday courtesy of Disney 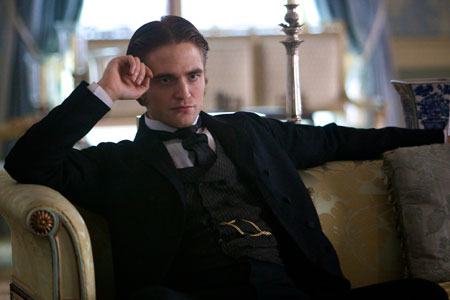 Robert Pattinson aims to lose those Cullen ties with this role as a young man in 1890s Paris who schemes, manipulates and sleeps his way to wealth and fame without resorting to shiny skin or emo-pouting. He’ll have to hold his own opposite a trio of reliably impressive actresses – Uma Thurman, Christina Ricci and Kristin Scott Thomas – in a role that puts his skills to the test.

On general release from Friday courtesy of Optimum Releasing