Winner takes all: Test cricket will be top of the agenda this summer

On Thursday, England and South Africa, the top sides in the longer form of the game, will begin their three-match series at The Oval in London.

And, by the time the third match, beginning at Lord’s in the middle of August, concludes, Test cricket will have an undisputed heavyweight champ. Well, unless it’s a draw, in which case nothing much will be settled.

It is curious that a series of such consequence should be straitjacketed into just three matches but that is the nature of international cricket these days – there is, apparently, enough room for five ODIs and three T20s once the boring old Tests are done and dusted.

That gripe aside, it promises to be a fascinating series with no shortage of talking points. 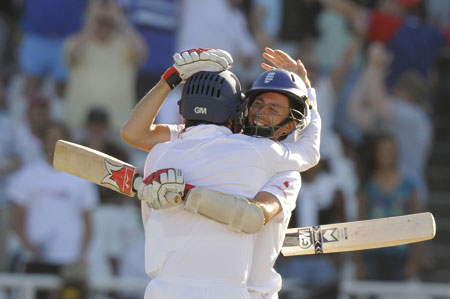 In recent years, England’s great strength, particularly on home soil, has been the consistency and variety of its pace bowling attack.

It will, as usual, be led by James Anderson and Stuart Broad, who, in English conditions, have been nigh on unplayable over the past 12 months.

The English selectors then have the luxury of choosing between Tim Bresnan and Steve Finn for the third seamer’s spot – Bresnan’s batting and durability appeals but Finn shapes as the bowler more likely to produce a spell that turns a match.

Since Andy Flower took charge of this England side, over three years ago, there have been many triumphs and startling improvements. But the formation of this world-beating seam attack has been the most significant.

The only worry for England is in the form of Graeme Swann, who, at one point, would have been the first or second man picked.

The 33-year-old’s overall record is still impressive and he was one of the few English cricketers to emerge from a disastrous tour of the subcontinent with some decent numbers, but his last two series at home, against the West Indies and India, have been lean.

And, certainly, the Proteas’ batsmen will not be in generous moods. 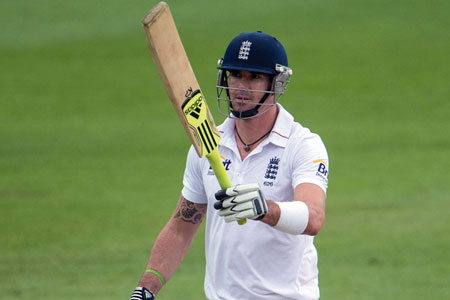 Any sense that Kevin Pietersen might arrive in the middle years of his life as an international cricketer having mellowed, was dispelled in May, when KP retired from limited-overs cricket, citing an inflexible schedule.

The England board may have made a rod for their backs but it would not surprise if the situation brings out the combative best in KP, so often a lightning rod for criticism.

Pietersen, of course, has a strained relationship with South Africa – the country of his birth – and it will be fascinating to see whether the Proteas get stuck into him, sensing vulnerability, or leave him alone, lest they set his competitive juice flowing.

Pietersen’s form over the past year has been impressive – the dodgy tour to Pakistan the only exception – but his Test performances against South Africa have been nothing special over the journey.

Pietersen, of course, is no longer the only gun in England’s arsenal, sandwiched instead between Alastair Cook, Jonathan Trott and Ian Bell, all capable of scoring heavily.

But it’s hard to shake the sense that if Pietersen, once more with something to prove, is allowed to settle, he could yet be the English batsman who shapes the series. 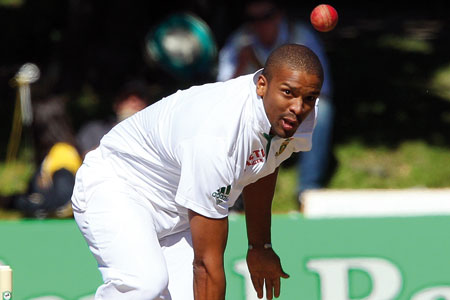 If England’s seam attack is impressive, run an eye over the Saffa unit. It’s led, of course, by Dale Steyn, who, since 2007, has been the world’s best fast bowler.

For many years, he had Makhaya Ntini riding shotgun but, these days, he’s supported by Morne Morkel, who troubled England last time these sides met, back at the end of 2009.

But newcomer Vernon Philander has arrived in compelling style and could be the wildcard when comparing these two attacks.

In his first seven Tests, Philander has taken 51 wickets, at the miserly average of 14.

Consider that, in the history of Test cricket, England’s Tom Richardson, who played at the end of the 19th century, holds the record for most wickets after seven Tests – he had 53 of them after as many Tests as Philander, who has already claimed six five-wicket hauls.

Cricket, by its nature, throws up the odd flash in the pan, a player who looks incredible for a year or so, only for opponents to figure them out.

That may yet happen to Philander but, so far, he looks every inch a world-class first-change bowler. This series will be the litmus test. 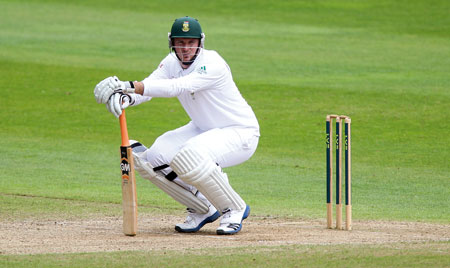 Smith to lead from the front

The South African middle-order is just as stacked as England’s.

Over the past couple of years, AB de Villiers deserves to be considered the world’s best batsman, while Jacques Kallis has enjoyed a late-career renaissance that has him scoring as heavily as ever.

Throw in Hashim Amla, who experienced a slow start to the year in New Zealand, and there’s enough quality to bat anyone out of a Test match.

It’s likely JP Duminy will be preferred to Jacques Rudolph at No 6 and Alviro Petersen retained as opener.

He scored a century in his last Test but he stands out as the weak link, increasing the pressure on his opening partner, Proteas skipper Graeme Smith, a man whose career has been defined by his performances against England.

Back in 2003, he belted back-to-back double-centuries against England at Edgbaston and Lord’s.

He had played only a dozen Tests and, at 22, was the youngest ever South African captain but those performances demonstrated he was made of the right stuff.

Then, in 2008, it was Smith’s century on the final day of the third Test that secured a series victory, the first by a Saffa side on English soil for 43 years.

Last time around: England off the hook

In many ways, England’s ascent to the top spot in the Test rankings began with their last series in South Africa, where they managed to eke out a draw in a four-match series they could easily have lost 3-1.

In the first Test, at Supersport Park, the last-wicket pair, Paul Collingwood and Graham Onions, hung on after England had lost five wickets for 13 runs.

Then, in the third Test at Newlands, after another alarming collapse, it fell to Graeme Swann and Onions to again stave off defeat.

In between those results, England had hammered South Africa to take a series lead, which South Africa duly overturned in the fourth and final Test of a bizarre, topsy-turvy series.

If this year’s series is half as eventful, it will be one to remember.

Micky Flanagan: Work in Progress at the Soho Theatre