Kate Winslet fled a fire at Richard Branson’s holiday home on Necker Island in the Caribbean, after the luxury villa was struck by lightning.

According to Branson, who owns the Caribbean island, Winslet was responsible for rescuing his 90-year-old mother from the fire.

The blaze started when lightning struck the house during a tropical storm. Although all 20 guests escaped unharmed, the villa was completely destroyed. 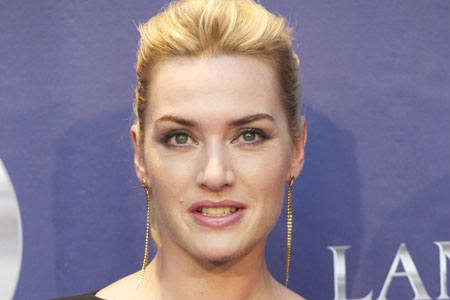 Winslet was a guest in the 14-bedroom Great House, along with her children Mia, 10, and Joe, seven. Branson's daughter Holly, 29, was also in the house.

Sir Richard’s son Sam, 26 – who was staying nearby with his father and mother – rushed to the house when the fire broke out.

After retreating from the burning mansion, guests could only stand by and watch as it burned to the ground.

"Around 20 people were in the house and they all managed to get out and they are all fine," Branson said.

"We had a really bad tropical storm with winds up to 90 miles per hour. A big lightning storm came around 4am and hit the house.”

Branson said that Winslet was to thank for carrying his mother to safety.

"Many thanks to Kate Winslet. It was she who carried my mother out of the house. She swept her up into her arms and got them out of the house as fast as possible,” he said.

The Virgin tycoon said that he had lost photos and notebooks in the fire but claimed the incident had helped him appreciate his loved ones.

"It was a beautiful house. But we'll create something even more special out of the ruins. I'm currently just huddled up with family and friends in the continuing tropical storm realising what really matters in life,” he said.

Branson bought Necker Island for £120,000 in the late 70s, aged 28, originally thinking it would be a good place to send rock stars signed to his record label.

A Balinese-style villa was built on top of the hill using Brazilian hardwoods, antiques and bamboo furniture from Bali. The Great House has 10 bedrooms, each with a 360-degree view.

Necker Island is now said to be worth £90million.

If you like the look of Necker Island, it can be privately hired for £33,000 a night.

Have a look here: neckerisland.virgin.com

Khan you kick it? The best of the Trans Mongolian Express

What is love? Australia’s ‘most Googled’ search words revealed