The five-match ODI series between Australia and England began in London last week and it’s already rich with subtext. There’s a World Cup less than a year away and, of course, a little urn to be recovered come November.

As two great sporting rivals circle each other, searching for chinks in the armour, Australian skipper Ricky Ponting and Michael Clarke, the man destined to succeed him, have their eyes set firmly on immediate success, but also on the challenges waiting further down the track.

If Australia has been in a rebuilding phase in Test cricket, then the first shoots of recovery have been observed in the 50-over format over the past year. Paradoxically, that period of success has not coincided with the side being particularly settled. In fact, Australia has been forced to rotate their personnel extensively, making their consistency all the more remarkable.

Indeed, it is the bowling attack that has undergone the most hasty reconstruction, but it’s held up well. Bollinger, Harris and McKay didn’t play a game between them when Australia smashed England 6-1 in the seven-match series following last year’s Ashes, but they now form the frontline pace attack in the absence of the injured Mitchell Johnson.

“I think the important thing is that those guys haven’t tried to do too much. They’ve come in and done their own thing,” Clarke says.

“That’s something we’re big on in the Australian side – have faith in your own game and find a way to adapt to international cricket. We haven’t seen Bollinger or McKay try to bowl like Johnson or Glenn McGrath. They’ve come in and prepared the way they would for their states and had good results.” 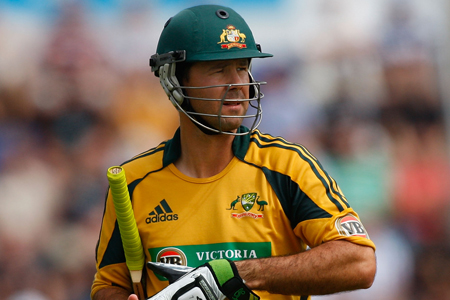 Four in a row

In February and March next year, India, Sri Lanka and Bangladesh will host the World Cup. It may be the last 50-over tournament of its kind, surely heightening Australia’s desire to win a remarkable fourth-straight title.

“We’ve got a pretty good idea about how our squad will look at the World Cup. We’ve got a very skilful group of players who can adapt to conditions well,” Ponting says.

“The transition has happened more quickly in ODIs, and came around much sooner than it did with our Test side – that’s probably why our 50-overs cricket has been a bit more consistent.”

It’s not the first time that, leading into a World Cup, Australia has jettisoned experienced players. Gone are Brett Lee, Nathan Bracken and Stuart Clark, while Andrew Symonds misplaced his career at the bottom of a pint glass. David Hussey and Adam Voges don’t seem to be needed.

Crucially, Australia has confronted these departures by investing in youth. Off-spinning all-rounder Steve Smith will get plenty of opportunities, while Tim Paine has provided capable cover for Brad Haddin, and David Warner and Shaun Marsh have both staked claims as openers.

In the opening match of the series, 19-year-old fast bowler Josh Hazelwood made his debut, becoming Australia’s youngest ever ODI representative.

“We couldn’t be happier with where we’re at for the World Cup,” Clarke says. “The line-up has changed around a fair bit because blokes keep getting injured, but it’s not a bad problem to have.”

“It’s definitely important to bring those young guys through and the thing to remember … is that we all made our way, we all got our chance somehow.”

The march has begun

The shadow on the horizon is the Ashes and, after a galling loss less than 12 months ago, the Aussies are itching for their chance to get revenge.

“I have some great memories of the 2006-07 series and I know the public back home is really looking forward to it. That said, one thing I’ve learnt in this game is that, if you look too far ahead, you’ll be back playing club cricket before you know it.”

Ponting is more forthcoming – it’s going to be a long six months and the powder is still dry in the war that accompanies every Ashes series, but there’s no doubt that the drums are beating and the march has begun.

“Whenever there is a big series coming up, the build-up starts a fair way out,” Ponting says, “and for the Ashes it’s already started. It is probably on all of our minds a little bit. It’s exciting for the game – there’s nothing bigger as far as I’m concerned than an Ashes series and, when it’s in Australia as well and we need to win it back, it adds a little more to it.

“I’m expecting the guys to be in exactly the same frame of mind as they were for the return bout last time. From now until the Ashes are over in the middle of January, everything we do will have some sort of focus on the Ashes series. There will be no excuses for us come late November.” 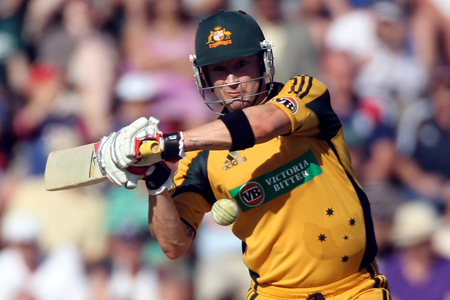 Australians like their Test captains with a side of grim resolve and while Ponting has copped his share of criticism over the years, there’s no doubt he has the requisite street-fighting qualities.

Perhaps unfairly, Clarke has suffered by comparison. Where Ponting projects a dour forcefulness, all bristle and hard edges, Clarke is more personable, possessed of a lighter touch and a likeable chattiness. Of course, this doesn’t mean Clarke will not prosper when he takes over the captaincy.

For Clarke’s part, although he has been earmarked for captaincy from his Test debut in 2004, he refuses to even discuss the possibility of replacing Ponting. But surely he’s thought about it?

“Absolutely not,” Clarke responds flatly to the familiar question. “And it’s great to have the skipper back because we’re a much better side with him in it. Ricky’s had a bit of a break and he’s hitting the ball beautifully. I think that, between now and the end of the year, we’re going to see him in as good a form as ever.”

With a forward defensive shot like that, Clarke should be opening the batting.

UKBA: Woman due for deportation in coma following overdose after Border Agency labelled marriage to English man a ‘sham’