Rihanna has been announced as a headliner for this year’s Sziget Festival which is taking place between 10-17 August 2016. 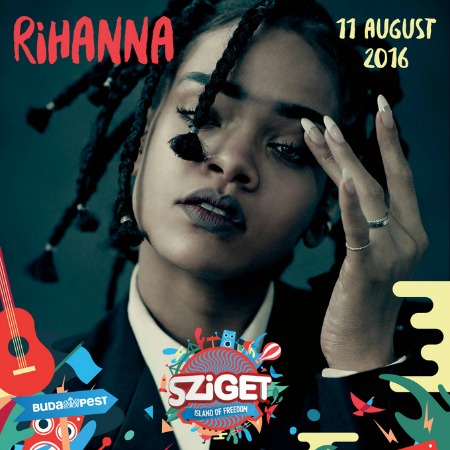 The Bajan star – the youngest female artist to have achieved 14 number one singles and won 8 Grammy Awards and 12 Billboard Music Awards – joins the A-list likes of The Last Shadow Puppets, Sia, Noel Gallager, Muse, David Guetta and Bastille on this year’s Sziget line-up.

Rihanna kicked off her huge ‘ANTI’ world tour in Florida, over the weekend. The two-leg, 18-country tour features the Barbados born songstress’ biggest hits such as All Of The Lights, We Found Love, Diamonds and Umbrella.

The brunette beauty, rumoured to be dating rapper Drake, will play a number of dates in the US before arriving in Europe in June.

Sziget Festival, which takes place along the Danube on the island of Sziget in Budapest, traditionally welcomes more than 400,000 people from around 95 countries for seven nights of live music, arts and entertainment.

How Online Slots Continue to Improve

The best places for the hottest summer dates in London