Roadtrippin’ Australia: A guide to buying, selling, and renting a campervan for travelling around Oz

Australia is a bloody big place – it’s about twice the size of Europe and you could cram the UK into it about 30 times over. At home, visiting a mate can entail a five-minute walk around the corner. For the Aussies it could entail a five-hour drive!

So how the hell do you tackle travel around somewhere so vast, where the key destinations can have hundreds (if not thousands) of kilometres between them? Well, you could hit up a tour company, take the bus or even splash out on flights.

But for me, there’s only one true option – a roadtrip, campervan styley. Regardless of where you’re heading in Oz, when it comes to campervans you have two choices – rent or buy. The decision you make over this can seriously change the way you travel and also your financial position, so the main thing to remember is not to rush into anything. 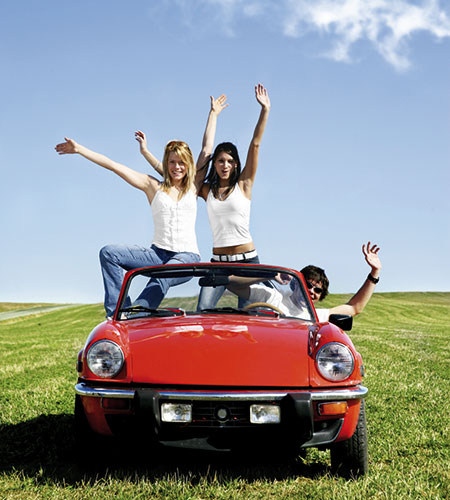 By far the easiest option is to rent a campervan. This way you can be sure it’s in good nick, you won’t have to faff around with too much paperwork and more importantly, you just hand it back once you’re done. I chose this option for my west coast roadtrip between Perth and Darwin, for a number of reasons.

Firstly, when you’re tackling some serious mileage and in the arse end of nowhere for a lot of your trip, you need to know it’s reliable. If you’re not mechanically-minded, then the only real way to have peace of mind is to go with a reputable company.

With the rental I also opted to bite the bullet and pay for full “No Worries Cover” – basically meaning that if anything happened to the van I wasn’t going to be paying a penny, unless of course I was stupid enough to roll it! This also included breakdown and replacement cover so even if the worst did happen, they’d sort it and get me on my way asap, always handy to know when you have other plans at the end of the trip. And of course we didn’t have to worry about hunting around for insurance. 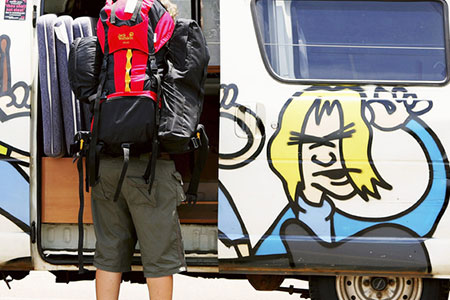 Secondly there was a group of us going (eight in total over two vans), so even though the cost of hiring was pretty steep, once you split it down it wasn’t a major outlay per person. It was also good to know that upfront what our biggest cost would be. You knew exactly how much money you were spending and it was only fuel that you had to factor in – and admit the van we had was surprisingly economical. No random mechanical faults or services to think about.

Thirdly, the van itself was built for the job we needed it. It was comfortable to drive, clean and had everything we needed for our trip. Extras like fridges and microwaves may not seem like something you’d care too much about, but those little things made life on the road that little bit easier.

About 8,500km later in Darwin I can pretty much say we put the van right through its paces. It got stuck in sand dunes, survived the tail end of a cyclone, and got hammered along the beautiful stretches of coastal road that Oz has to offer. Basically, it got us where we needed to go and we did it in style! 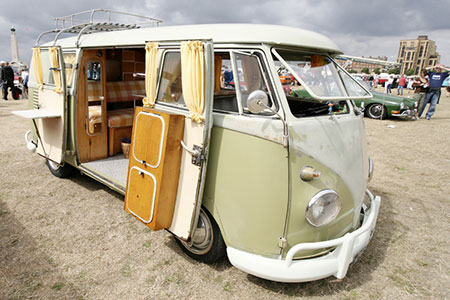 On the flip side, I also bought a van while I was on the east coast. It’s something that I’d always wanted to do and I’d resisted buying a surf van back in Devon for years with the intention of living the dream in Australia. Having your own van has some big advantages.

Once I’d bought my van (who I named Leslie), I was free to go wherever I wanted, whenever I wanted. I was completely free. For me, that is exactly what backpacking is about. It’s also pretty handy when you don’t have a clue where you want to spend the next 10 months of your working holiday visa!

From Sydney I headed to Melbourne, up the Great Ocean Road, back to Sidders via Canberra and then up the east coast to Byron, onto Coolie, Surfers, Brissie and Noosa before backtracking to Byron. Pretty all over the place and not very planned. A trip like this wouldn’t have been possible in a hired van simply due to the fact I had no fixed destination – and over the course of 10 months I would’ve racked up a massive bill.

Although it was me and the missus who lived in the van, we cut down on our fuel bills by taking passengers with us. Some joined us for long stretches, whereas some were mere fleeting travel buddies. It being my own van also meant I had the opportunity to personalise it. 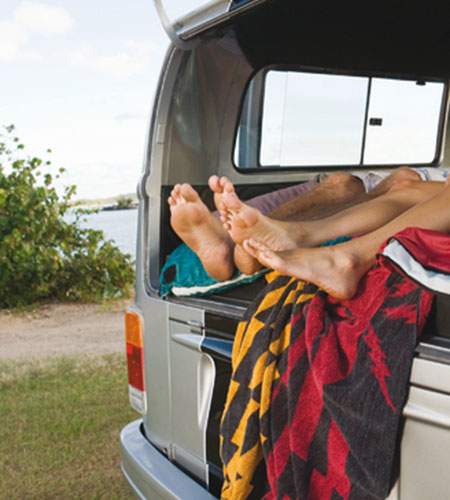 Leslie was literally my house on wheels. Everything had its place and it was styled to what I wanted it to be. Sure it lacked a few of the mod cons that the rental had, but that’s half the fun of living in a van – washing from a bucket, cooking over an open fire on the beach. It’s nomadic living with a modern twist.

The cost of buying is a very personal thing and depends on what you want and where you are financially, but make sure you put it into perspective. Sure, a $1,000 van might look like a bargain, but it’s likely to be a mechanical nightmare! About $5,000 on a decent van with low mileage (which is what I paid for my van) might seem steep, but $20-30 per night in a hostel bed over a year equates to over $9,000 on accommodation alone…Suddenly a van doesn’t seem so expensive.

My theory is that to some extent you get what you pay for. And with owning your own van there’s also the added bonus of being able to sell it and reclaim some of the funds you invested. If you time your selling well you could easily break even, or even strike lucky and make some money. I made a slight loss (about $500) when I sold mine, but that was halfway up the east coast in the middle of winter – hardly peak van buying season!

But it’s a small loss and van living saved me heaps more than that. If you can aim to sell your van in Cairns or Sydney at the beginning of summer, you’ll be laughing all the way to the bank.