Ten minutes of shameless eyelash-batting later, our kind boss let us off for a whole week! Mere hours later we had booked a campervan and we were ready to rumble. As we were living and working in Fremantle, WA, we decided to do a Thelma and Louise trip of the south-west, without the tragic finale of driving off a cliff of course.

We were miraculously on time to pick up the van. It, however, was not. The company was giving the beast new wheels, so we had to wait. Four hours later we were ready to start our big roadtrip – the Murphy’s Law edition…

As it turned out, we are pretty good at the “anything that can go wrong, will go wrong” approach. Having our schedule royally messed up by the late pick up, we only made it to Bunbury by nightfall. Trust us, this is not very far… We set up camp at a parking lot near the city beach.(From Bunbury to an incredibly long jetty in Busselton and on to Dunsborough, trying to find a place to free camp was always mission impossible.)

Thank God for the esky and our generous supply of white wine. The next day was spent caving and driving down to Margaret River. Our plans to do the trip on the cheap went out the window as soon as we hit the wine districts.

Even more so after we discovered the cheese factories and the amazing winery that sold champagne-filled chocolates. And a fudge farm!

However, we were saving on maps, because we pulled into every visitor centre we found, and begged for free maps and hints about free camps.

One of the ones we were told about turned out to be very Blair Witch Project, and we decided not to take any chances. Living on the cheap beats dying of fear we figured.

At least we got a much-needed shower at the nearest caravan park. We finally found Margaret River, and checked out some really hot surfers. 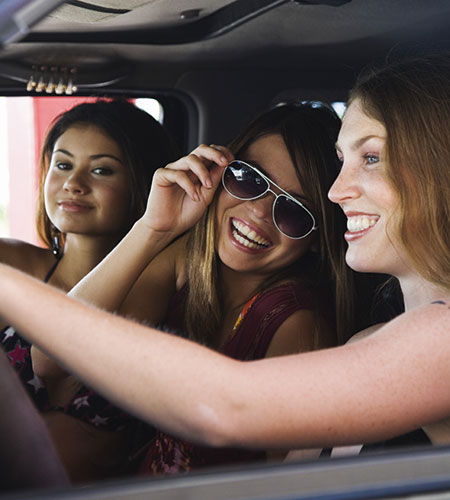 After roughing it with a shower in the free outdoor showers, we decided to go find this amazing free beach camp where a lot of our newfound water gods were supposedly staying.

Two miles up and down the hilly roads, however, old unfaithful turned a warning light on, demanding more brake fluid.

A quick stop at a gas station confirmed out worst nightmare – our campervan wasn’t gonna make it any further for a while.

In fact the nice mechanic looked startled at us, and exclaimed we were driving in a bona fide deathtrap with only half a working brake.

That night was spent on the petrol station’s parking lot, eating cold noodles as our gas cooker was strictly forbidden. So much for hot surfers and free camping.

A few more wineries, a lot more cheese and several dollars later we hit both Pemberton and Augusta. This included treetop walks and caravan parks with frogs in the bathrooms.

In Albany we got to camp in a park, as our planned free camp was threatened by a bushfire!

Murphy’s Law was ever present, but we headed to Wave Rock in order to get our mandatory, “look, I’m surfing on a rock” snapshots.

Old unfaithful showed his talents again, and refused to go faster than 60km/ph, with frequent rests beneath shady trees required. Ten pictures later we headed back to Fremantle.

Our carefully unplanned holiday had turned into a real life adventure with potential death risks and heaps of good stories to tell. What more can you ask for?