Newly-weds Prince William and Kate Middleton sealed their marriage with two kisses on the balcony of Buckingham Palace.

Thousands of excited well-wishers were chanting, “We want William”, as they gathered along The Mall, before the happy couple appeared after the wedding ceremony at Westminster Abbey.

They waved at the crowd, who were waiting for them to kiss, in what is now a royal tradition started by Princess Diana and Prince Charles three decades ago. 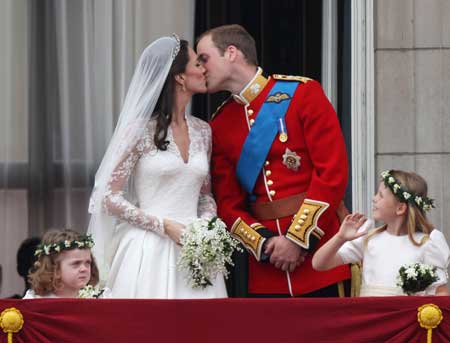 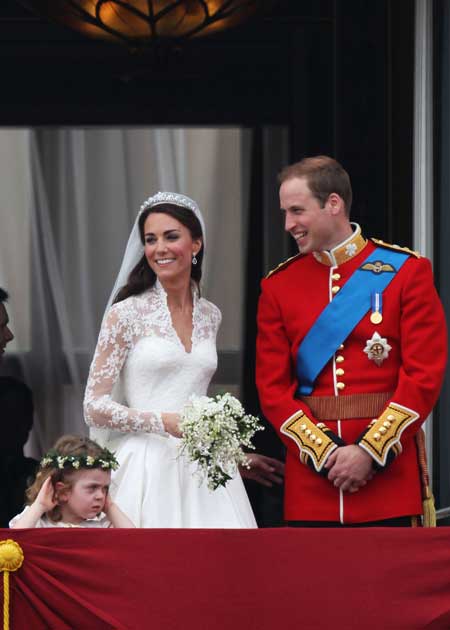 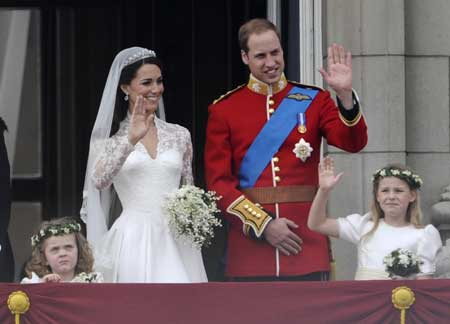 The page boys and bridesmaids were close behind, before the Queen, the Duke of Edinburgh, Prince Charles and Camilla, the Duchess of Cornwall, joined William and Kate on the balcony along with Kate Middleton’s family.

Prince William leaned in to kiss his new bride, to the delight of the crowds, who cheered in excitement.

A Spitfire, a Hurricane and a Lancaster then assumed a Battle of Britain Memorial Flight formation, before the couple kissed for a second time – leaving Kate giggling and looking flushed while William smiled broadly.

The new Duke and Duchess of Cambridge were declared man and wife in front of 1900 family, friends and dignitaries and a estimated worldwide audience of two billion people. 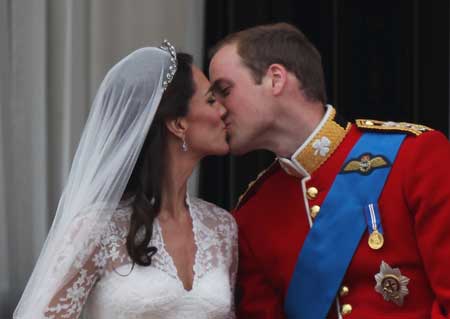 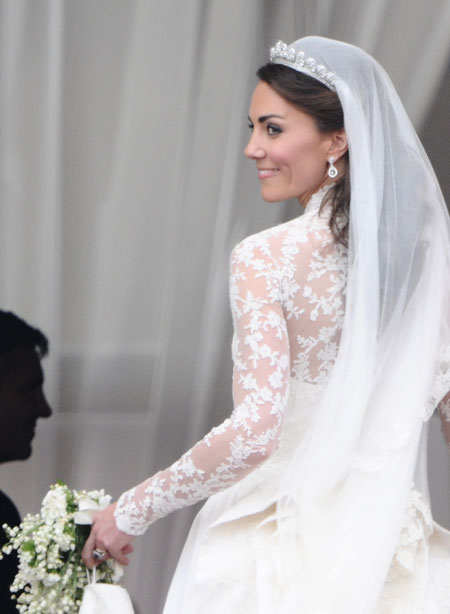 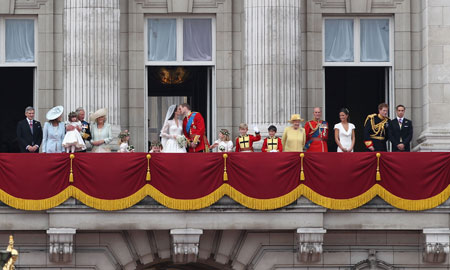 The royal wedding has provided everything the monarchy could have hoped for.

A beautiful bride and a dashing prince met by an outpouring of pride and excitement from the British people.

Kate Middleton arrived at Westminster Abbey a commoner at 11am but emerged an hour later with her husband Prince William a most welcome new member of the royal family. 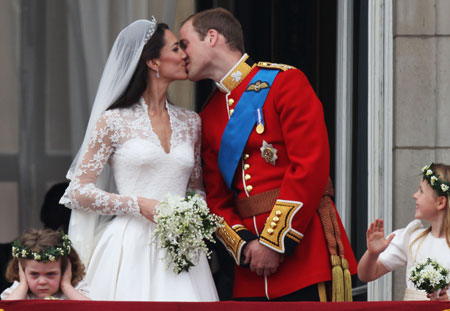 The cool, overcast weather failed to put a dampener on the biggest royal event since the ill-fated wedding of William’s parents.

Hundreds of thousands of Britons and tourists from around the world have turned London red, white and blue for the big day.

The Prince of Wales and Lady Diana Spencer’s kiss on the Buckingham Palace balcony on July 29 1981, became one of the most enduring images in royal history. 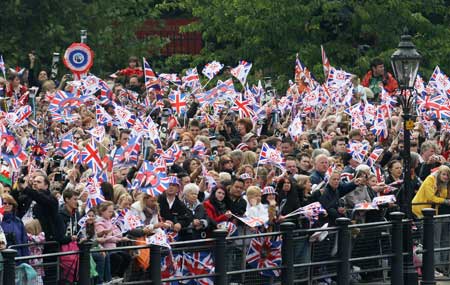 Their break from formality and royal protocol came in direct response to clamours from the expectant crowds below.

At the time, Charles was reported to have said to Diana: ”I am not going to do that caper. They are trying to get us to kiss. ”Then she responded: ”Well, how about it?”

But as the young princess arched gracefully backwards, her veil flowing behind her in a fairytale pose, her husband appeared rather less at ease, creating a slightly stilted embrace. 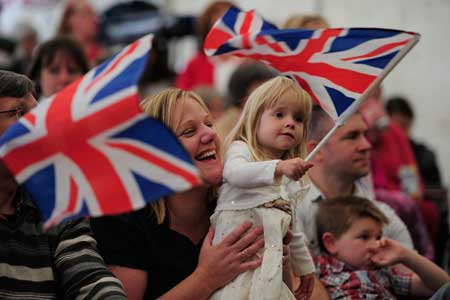 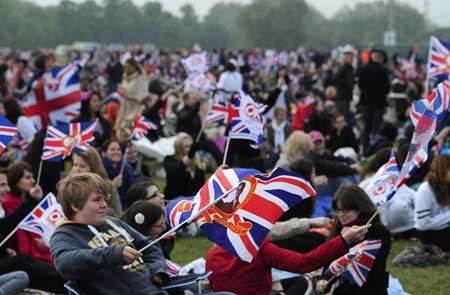 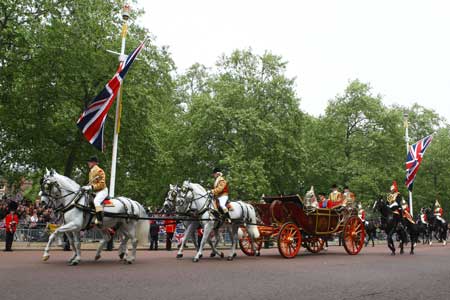