Royal wedding street parties are expected to crop up across the country. It’s as British as the Queen and a jolly good reason to deck your street with bunting and balloons and hobnob over Hobb Nobbs, writes Rebecca Kent.

The April 29 nuptials of Prince William and Kate Middleton, and the public holiday, are a good reason to take over your street for a right royal shindig, so get cracking.

Get permission from your local authority before you begin to dispatch invites.

In line with David Cameron’s Big Society ideology, they’ll probably waive the usual fee, or charge a modest amount for the privilege. 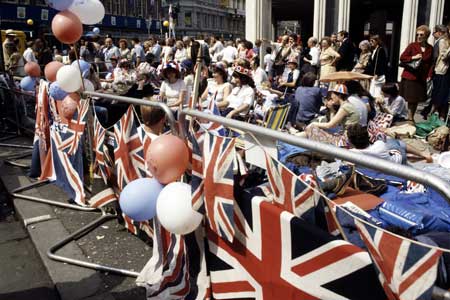 The prospect of harking back to the good old-fashioned days of community has them glowing all over, but while street parties have been held in the past to mark royal events, such as Queen Elizabeth II’s Golden Jubilee and Charles and Diana’s wedding, these days things are a bit more complicated, with issues such as insurance and road closures.

However, with two million parties expected over the wedding weekend, you’ll have plenty of company.

This tradition of neighbourly bonhomie stretches back to 1919 when parties were known as ‘peace teas’ to celebrate the signing of the Versailles Peace Treaty.

Nicki Hookings, who lives in Clarence Gate, in the borough of Westminster is going all guns ablazing for her do, where 400 people are expected. 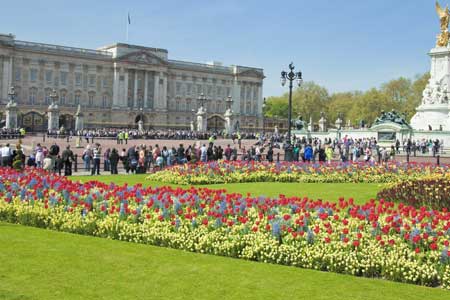 A keen follower of wedding developments, she’s planning an unforgettable event. “We’re looking at having a juggler and a band, plus bunting and British food like meats and salad. We’re hoping to achieve a real sense of togetherness,” she says.

So, exactly how do you throw a party?

Resist the urge to get bladdered on cans and plonk, for a start.

“The key is in the words, ‘tea party’, where everyone brings food and cakes and is friendly,” says Chris Gittin, founder of Streets Alive.
“It’s as much a part of British culture to give two fingers up to the Royals, so you’re bound to have people with a complex range of views, but don’t argue over the colour of the bunting and just have a friendly time.”

Gittin suggests getting silly with games, such as wrapping people up with toilet paper and getting all the blokes to dress up as Kate Middleton.

In Southall, local MP Virendra Sharma has a party on April 29 in Clarence Street, where Kate’s grandparents once lived.

Alternatively, Guoman’s The Royal Horseguards hotel is laying on a chi-chi afternoon tea throughout April with a royal twist, including a mini wedding cake.

Langtry’s is serving the same four courses served at The Queen Mother’s wedding in 1923, for £29.95. In the same vein, Park Plaza hotels have introduced cocktails Best Man-Hattan and Wedded Fizz.

Republic, a movement  calling for the abolition of the monarchy, is throwing a (anti-wedding) party of its own in Queen Liz’s Westminster hood.

Co-ordinator, Graham Smith says: “Our membership increases during Royal events, which reflects that the monarch survives because people don’t think about it.”

It’s inevitable, isn’t it, that a walking tour carving a trail across royal haunts in London’s salubrious quarters should crop up?

From the glut of wedding opportunists, Celebrity Planet emerges with this latest offering.

Setting off from Bruton Street, where an office block sits on the site of the birthplace of Queen Elizabeth II, we swing by Garrard’s Jewellers in Albermale Street from where Lady Diana found the sapphire and diamond ring now sported by Kate.

“Kate is more Sloane than Slough,” our tour guide observes. “She and her sister Pippa have been nicknamed The Wisteria sisters: highly decorative, terribly fragrant, with a ferocious ability to climb.”

We continue on to Clarence House, The Mall, where the wedding route is explained  – from here, to Trafalgar Square into Whitehall and south to Westminster Abbey for the nuptials.

If it’s the juicy wedding goss you came for, buy Hello instead. But here, your mum might learn something.