Run for your life – take on the bulls of Pamplona

The ‘Pamps’ opening party takes place on July 6, with the first run scheduled for July 7. From that point on, festival-goers can run the route – beginning in the streets and ending in the main arena – every morning at 8am until July 14, with the bulls (hopefully) behind them. There are bull-fights every evening, too – if you can tear yourself away from the parties.

But why go all the way to Spain just for the bulls? You can tack on a host of other sizzling destinations to your Pamplona tour and make it one hell of a holiday to remember. Here, we give you a first-hand account of being in the running, and a guide to everything else you should see while you’re there.

“No Dad, of course I won’t run,” I soothe down the phone from my San Sebastian hostel, ears still ringing from the horror stories – including the fatal goring of Spaniard Daniel Jimeno Romero in 2009.

I’m about to attend the Running of the Bulls festival, which takes place each July as part of the chaotic Fiesta de San Fermin.

To run or not to run? Speaking to my fellow travellers, I’m none the wiser as to the best course of action. A few boys have clearly been waiting for this opportunity their whole lives and the enthusiasm is infectious. But then Murray, our tour guide, tells me in no uncertain terms: “You’d have to be completely insane to want to run it.”

I decide to sleep on it.

When I step off the coach in Pamplona at 6am – those preparing to run need time to walk the route beforehand – a scene akin to a natural disaster confronts me. People have passed out everywhere, one man lies with his head in the road, and eerily, everyone is dressed in the same white outfits with red scarves. I’m hit with the overpowering stench of vomit. This is the craziest place I have ever been.

As we walk the narrow, cobbled streets, there are still plenty of revellers going strong and the ground is slippery from the copious amounts of sangria underfoot.

I feel overwhelmed and extremely sober; there is no way in hell I’m running this gauntlet. Morgen, who I befriended on the bus, looks distinctly uneasy as I wish him luck (while secretly wondering if I’ll ever see him again) and I head to Plaza de Toros, where the race will end. The atmosphere is electric and I get swept up in crowd mentality, joining in with the Mexican waves that sweep around the stadium.

At 7.55am the big screen flashes on to reveal today’s bulls and I realise just how massive these creatures are. My stomach somersaults when the rocket is launched at 8am and the gates are flung open.

On screen, the really brave (Spanish) participants who start at the beginning of the 825m route run for their lives. The crowd goes mental; jeering, spitting and even throwing bottles at the offenders who ran too early – there is no place for cowards and glory hunters in Pamplona.

The race is over in less than four minutes, and luckily it’s a ‘clean’ run. That afternoon, we head back to Pamplona for the evening fiesta. Arriving in the late afternoon sunshine, the streets are miraculously clean with no sign of the previous night’s carnage. I soak up the atmosphere and street entertainment in Plaza del Castillo while sipping on ridiculously cheap sangria.

My thoughts soon return to the run and I know that I can’t leave without taking part. Even when Franz, a German photographer, tells me in broken English that he has “seen how horrific it is when the run goes wrong”, I’m too buzzed to be put off.

You can swim in the shadow of historical buildings and churches, and there’s some decent surf – although Playa de la Zurriola, across the river, is better for catching waves, and less crowded. For an impressive panorama of this city on the sea, take the funicular railway up Mount Igueldo, west of town. If you fancy earning a view with a walk, head up Monte Urgull, at the top of which stands a grand statue of Jesus. For budget fare, head into the Old Town and rack up the pintxos (the Basque Country version of tapas). 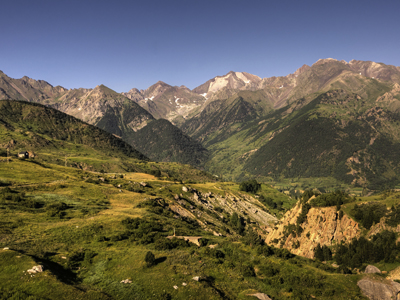 A handful of itineraries make you earn your sangria with a few hours’ hiking in the Basque Pyrenees. Be sure to take in the glorious views of rolling green valleys and jagged peaks between breaks for breath. If you find yourself wanting more action in this part of the world, there are scores of outfits peddling mountain biking holidays in the area, which are designed to be as technical or as gentle as you like. Keep an eye on TNT in May for more on adventure in the Pyrenees. 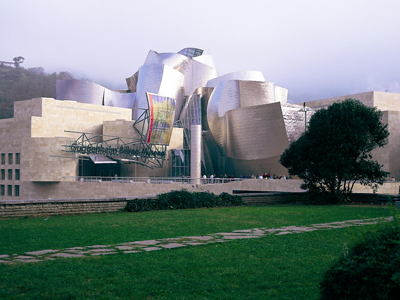 A few savvy tour operators are offering packages that combine dicing with death in Pamplona and festival fever at Bilbao BBK Live. The latter welcomes the likes of Radiohead and The Cure to the stage this year, offering up three days of rock n’ roll at the peak of Kobeta hill, surrounded by brilliantly green mountains and knockout views of Bilbao below. But it doesn’t have to be all about the bands, as free buses shuttle you back and forth between the festival site and the city. Take time out from the tent to see Frank Gehry’s shimmering titanium Guggenheim museum and indulge in bars and budget eats around the Casco Viejo.

Some tours offer transfers to Madrid and Barcelona at the end of your time in Pamplona. And while the latter is an unrelentingly popular European city break – Barcelona was the world’s 15th most visited city in 2010 – the country’s capital can easily compete. Madrid boasts some of the best nightlife in the world, so be sure to hit up the bars around Malasana and the clubs on Calle del Arenal for a super-sized slice of the action. For something a little more high culture, Centro de Arte Reina Sofia has an awesome collection spanning greats from Picasso to Salvador Dali, while converted slaughterhouse Matadero Madrid houses the
best in contemporary works. Also, don’t miss people-watching at Plaza Mayor.
More: esmadrid.com/en; tntmagazine.com/travel/weekender-madrid 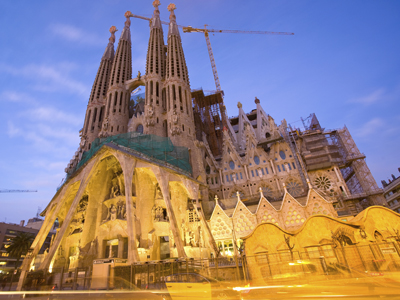 The Catalonian capital needs no introduction – it is Europe’s most popular city break after Paris, London and Rome. From gorgeous beaches to an eclectic skyline, and sexy non-stop nightlife to lively outdoor markets, Barcelona’s la vida loca (the crazy life) lurks around every corner. Take time out from the street performers and fortune tellers of Las Ramblas and cocktails in packed beach bars to discover Carrer de la Riera Baixa, a haven of vintage boutiques and cool record stores.
More:  barcelonaturisme.com; tntmagazine.com/travel/barcelonacrazylife 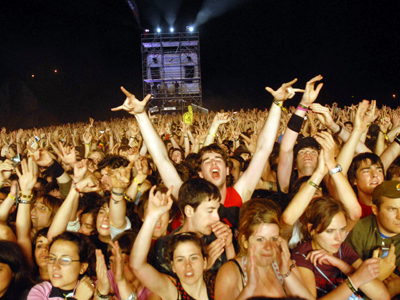 Festivities at San Fermin
San Fermin isn’t just about running with the bulls. Here are more unmissable events during the festival.

Txupinazo
This is the rocket that is launched to mark the start of the fiesta at midday on July 6 in Plaza del Ayuntamiento (City Hall Square). The party starts here.

Fuenting
After Txupinazo, head to Plaza de la Navarreria to join the masses who choose to climb up the fountain and jump from the top. Wine and champagne lubricate the proceedings.

Bullfights
Not for the faint-hearted, the bullfights take place every evening at 6.30pm from July 6-14. Once the bull is in the ring, spectators cannot be admitted until the bull is killed, so make sure you arrive on time.

Party time
Find like-minded revellers any time of the day or night at Jarauta or El Carmen, Estafeta, San Nicolas, Plaza del Castillo, around the bullring and around the Nafarroa Oinez stand in la Taconera. Expect dancing, drinking and sangria fights in the streets. It’s pure pandemonium everywhere, really.

Here are our top tips for surviving the bull run. Be a good little backpacker and listen to TNT. 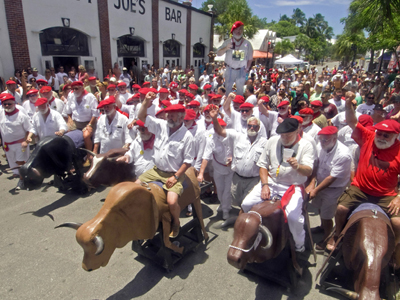 Don’t run on your first day at the festival – watch for an idea of what to expect and try to walk the course beforehand.

Run in a straight line and in front of the bulls. If you want to stop running at any point, move off to the side.

If you fall over, keep still and don’t move until the bulls have passed. Cover your face and just lie there. You might get a few bruises but it’s safer than trying to get up. Onlookers will let you know when it is safe.

Don’t try to touch the bulls – you can be fined for doing so.

Start after what is known as Dead Man’s Corner. It is 300m from the end and is marked as such. Swallow your pride – starting at the beginning of the 825m route will result in injuries. Anyway, the police will try to pick out the tourists and take them to a safer starting point.

Don’t drink. If that is impossible, don’t drink too much. You won’t be allowed to access the route if you are drunk, or if you’re carrying a rucksack or camera.

Get some sleep. There is a park nearby where many people go for a snooze – just make sure you don’t have anything valuable on you.

Fiesta de San Fermín is held from July 6-14. The opening ceremony is at noon on July 6. The bull run is at 8am every morning, and six bulls are brought back to fight a matador in the arena at 6.30pm. sanfermin.com

Keep an eye on our Late Deals page for all the latest Pamplona tour packages, or check  tntmagazine.com/travel/late-deals

Transgender Miss Canada could be allowed to enter Miss World

Other traveller reviews on Jordan