The Teatralnoye Delo theatrical production company, which recently commissioned Pasha P183 to create scenery for the musical Todd, said the artist died on Monday in Moscow. It wouldn’t elaborate.

Teatralnoye Delo’s spokeswoman Regina Vartsan, who knew the artist personally, described him on Wednesday as a “sincere and open person of remarkable talent and unique vision”. 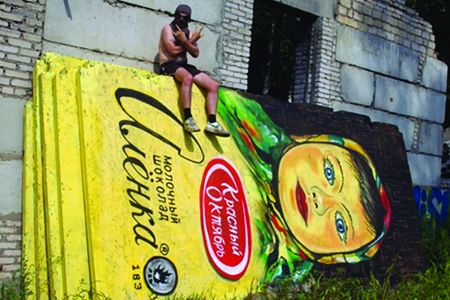 One of his most famous works featured a huge pair of glasses painted on a snow-covered yard with a lamppost serving as one arm.

Another piece showed chocolate bars painted on concrete, an image he said reflected the commercialisation of art and life.

He disliked comparisons to Banksy, saying they belittled his own style.