Russian oligarchs are secretive by nature. They buy real estate cautiously, preferring to keep information about their property portfolio hidden from the public eye and occasionally have their overseas real estate assets frozen for alleged ties to the country’s controversial leadership. Here are Russia’s richest men and what we know about their enigmatic luxury digs by Tranio.com.

Gennady Timchenko, owner of the Volga Group, an investment company, first gained a name for himself in 2002 when he bought a $19 million villa on Lake Geneva in Switzerland. Little is known about the property, excluding its exceptional subterranean amenities that include an underground garage (nearly 250 sq m) and a tennis court (456 sq m). The villa is located close to the house of Ksenia Timchenko, the oligarch’s daughter.

Mr. Timchenko has also been particularly active in France, owning up to three separate properties. According to the Russian NGO Anti-Corruption Fund, an estate in Saint Raphael worth about $11.5 million was bought by Belize, a company founded by father and daughter, along the stunning French Riviera just 40km from Cannes.

Timchenko acquired a villa in Switzerland for an estimated $19 million 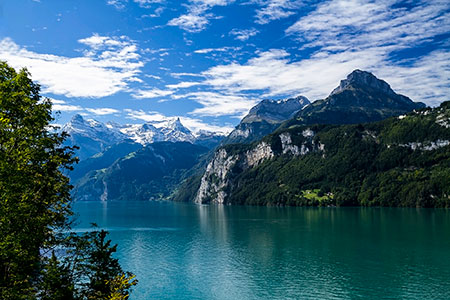 Another estate linked to Timchenko through his wife Elena Ermakova is located in Le Lavandou, a beautiful coastal area in the South of France. In 2012, his wife’s company bought a 411 sq m plot (with house) for just over $4 million. With so much property in France requiring some attention and attendance, it’s no wonder he needed a luxury pied-à-terre just off the Champs Elysees in Paris. The asset’s worth is estimated to be $14.5 million.

Interestingly, Mr Timchenko prefers to rent his current two-storey house and its 2.6 ha of land in Moscow, the capital of Russia – a historic building that was once inhabited by Nikita Khrushchev, the famous Soviet Cold War leader. This is probably because his French and Switzerland properties were seized by the U.S. in 2014 for his ties to Russian leadership during the Ukraine crisis. Since then, he prefers to stay in Russia for fear of “possible provocations by foreign intelligence”.

Vladimir Potanin, the controversial President of Interros and CEO of Norilsk Nickel has a lot of property, much of which is focused on inbound tourism to Russia. His 407 sq m flat in Moscow is worth a paltry $11 million – about $27,000 per square metre. However, after a very public divorce with his wife Natalya, Mr Potanin now lives there alone while his lawyers fend off her current attacks on his corporate shares.

Vladimir Potanin prefers to invest at home, like in Sochi ahead of the Olympics 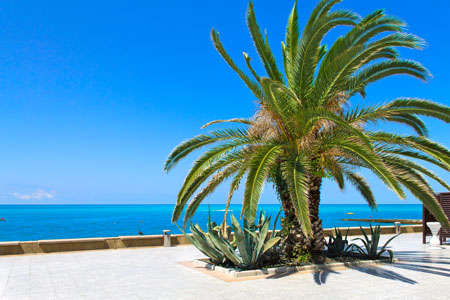 Capitalising on potential profits from the Sochi Olympics, Vladimir Potanin consolidated all his real estate projects into a company called Profestate in 2010. It is responsible for the Rosa Khutor ski resort in Sochi (worth $40 million) as well as a 4* Radisson Resort hotel valued at $50 million. His company is reportedly also piloted an elite residential village project just outside the Russian capital worth over $286 million.

Second biggest shareholder at Arsenal, the iconic British football team, and major stakeholder in Metalloinvest mining company, Alisher Usmanov is also an avid real estate investor. In 2004, he spent $18.5 million on Sutton Place in Surrey followed by Beechwood House, a mansion in London, that cost him a whopping $77 million in 2008. Just two years ago, the family added a house in Latvia to the portfolio for just over $5 million, purchased in the name of his wife and son, Irina and Anton Vinner.

Riga is a beautiful city in the Baltic state of Latvia, a popular Russian destination 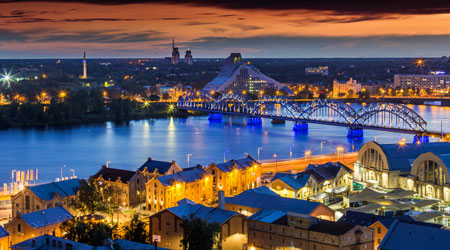 When in Russia, the billionaire shares his time between the 11 rooms of his Moscow apartment, estimated to be worth somewhere between $1–2 million, or within the walls of an elite compound just a few kilometers outside the city where houses cost $1 million on average. In 2010, he also bought the historic mansion of a Russian nobleman for $50-55 million as, what is believed to be, a favour to an influential person with the country.

Mr. Usmanov has just announced plans to construct an elite residential building in the capital for a projected cost $60 million to start in 2019.

Mikhail Fridman is possibly one of the most reviled oligarchs to emerge from Russia, but he is also second richest. Despite regularly deeming planes, football clubs and real estate to be a lot of work during surprisingly jovial interviews with the press, he owns a lot of property. Mr Fridman has two houses, one in Moscow and another in London, where he spends much of his time, although he was rumoured to have bought a mansion in the prestigious Paris suburb of Neuilly-sur-Seine about 15 years ago. 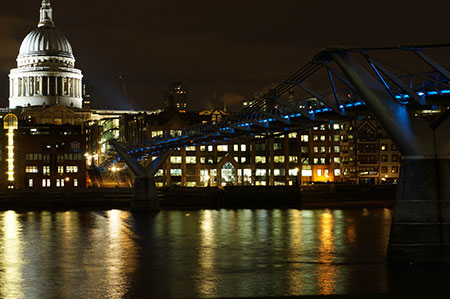 Until recently however, real estate was of no great interest to this billionaire, whose profits came from industry. However, early last year, his investment company LetterOne bought out Pure, a luxury student accommodation provider in London, for $824 million  despite previous failed attempts at buying property in the West. This is after a $1 billion deal for U.S. property first announced in 2011 fell through, possible due to souring Russian-American relations in the run-up to 2014.

Leonid Mikhelson is a key shareholder in Novatek and the largest shareholder in Sibur, both of which are related to gas and involve fellow billionaire Timchenko. This magnate is famously tight-lipped, even since moving into top spot on the country’s Forbes Rich List this year. So secretive in fact, that is impossible to obtain any confirmation or denial of his second wife purchasing a penthouse in Alicante, Spain, and living there with their son before selling it on.

St. Petersburg is Russia’s most beautiful and historical city 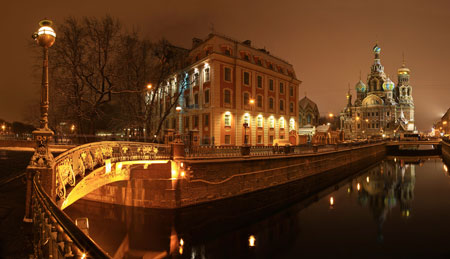 However, when in need, he is willing to divulge his plans. In 2010, Mr. Mikhelson launched a large-scale mixed-use development project on the Russian shores of the Gulf of Finland near St. Petersburg, the country’s historical capital. The 500 ha investment is supposed to cost about $5 billion. Nevertheless, this year he sold his stake in the business to his partner Vladimir Litvinenko, three-time campaign manager for Vladimir Putin in St Petersburg and rector of the university where the president defended his thesis.

The oligarch is now said to be concentrating on the extravagant urban rejuvenation of an old electrical power plant in the Russian capital. This $26 million investment will increase his portfolio of cultural real estate that already includes a modern art gallery in the secluded Russian city of Samara, just a couple hundred kilometres north of the Kazakhstan border. While investors like Fridman would surely consider such investments frivolous, especially in cities like Samara, Leonid Mikhelson has been doing things right– right enough to put him on top of the Forbes list – even if he is $1.2 billion poorer than in 2014.