The 39-year-old, the most decorated player in British footballing history, will enter his 23rd season with the club.

Giggs, who is set to make his 1000th appearance for club and country at the weekend against Norwich, signed with United in 1990.

Sir Alex Ferguson said: “What can I say about Ryan that hasn’t already been said? He is a marvellous player and an exceptional human being. Ryan is an example to us all, the way in which he has, and continues to, look after himself.

“He has fantastic energy for the game and it is wonderful to see. Ryan seems to reach a new milestone every week and to think that he now has 23 unbroken years of league goals behind him is truly amazing in the modern-day game.

“His form this year shows his ability and his enjoyment of the game are as strong as ever and I am absolutely delighted that he has signed a new contract.”

Ryan Giggs said: “I am feeling good, enjoying my football more than ever and, most importantly, I feel I am making a contribution to the team.

“This is an exciting team to be part of, with great team spirit, and we are again pushing for trophies as we head towards the business end of the season.

“I am delighted to have signed a new contract. I would like to thank Sir Alex and the coaching staff and I would also like to thank David Gill who has been a tremendous support over my many years here.” 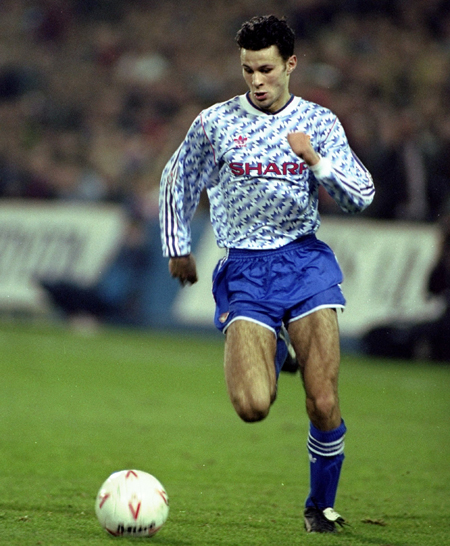 Giggs playing for United in 1991 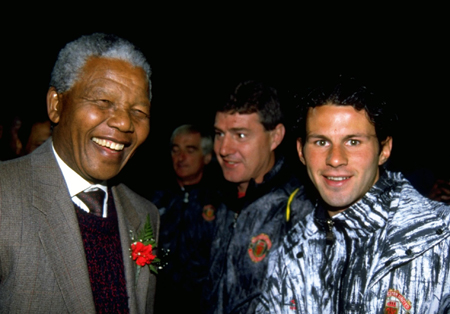 Giggs’s remarkable career has seen him transform from a surging winger to one of the Premier League top playmaking midfielders.

Praise for Giggs has come from fellow players and managers throughout his career. Italian legend Alessandro Del Piero famously said: “This is embarrassing to say but I have cried twice in my life watching a football player. The first one was Maradona and the second was Ryan Giggs.”

Zinedine Zidane called him “truly world class” and his Manchester United teammate Rio Ferdinand said: “I think it will only be when he hangs up his boots that people will realise just how remarkable a player he is and just what he has achieved.”

Escape the crowds in Abruzzo, Italy