Scam city: One man and his successful quest to get ripped off around the world

Have those ‘antique’ Moroccan carpets taken a battering to make them look old? And is that cash you’ve just been handed in Buenos Aires a genuine note, or a dud you’ll never be able to pass on?

Often scams can be petty crime, where you’re duped out of a couple of bucks, other times, they can be life-changing or, even more concerning, life-threatening.

In a new 10-week series called Scam City, Conor Woodman visits 10 cities with trouble in mind – aiming to put himself into all the situations he’s been warned about, and then to confront the perpetrators when the inevitable happens.

“I went looking for it,“ Woodman, 38, explains. “Each programme begins with me filming undercover as a tourist, then I go back to each of the people who have ripped me off, try to get to know them a bit better – who they are, how they got into what they do, and why they do it.

“The show focuses on the criminals and hopefully getting into their work, into their heads. I’m showing how they work. The aim of the series is the people watching the show get an insight into how scams work and how to avoid them.”

Handy for the programme, but worrying for tourists, Woodman never had to wait long until he was approached. In Prague, it happened after what had seemed to be an uneventful night in a ‘clip’ or strip joint.

“I was a bit disappointed that everything seemed above board,” Woodman says. “As I was leaving, the doorman asked, ‘Do you want to go somewhere a little more racier?’ And I thought, ‘Oh here we go, this is it’.

“He had a taxi on standby, and was promising five-star luxury, beautiful girls, even a whirlpool. I had no idea where I was going but I put myself in his hands, got into the back of the taxi and got taken to somewhere.” 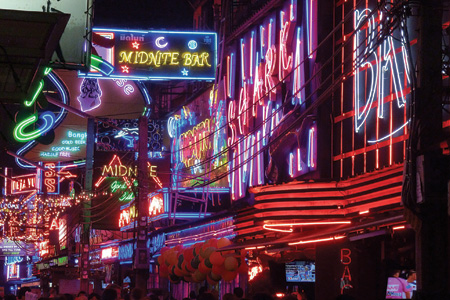 After walking inside, it was obvious Woodman was being scammed – “there was no whirlpool for starters”, he says.

“I felt compelled to order a drink and work out where I was. But before I knew it, I was being pushed up against a wall by a gorilla of a man, demanding 500 euros from me as I’d casually had a conversation with a girl sitting next to me at the bar. He made it clear she was his girl and it was an experience I was going to have to pay for.”

Woodman managed to negotiate; coughing up the 350 euros he had in his pocket, and getting beaten up in the process.

“It’s a classic scam – most guys in my position would just pay as they’d be terrified,” he says. “Most won’t call the police as they’re ashamed that they’ve gone looking for sex and the scammers know it, and that’s what they play on.”

And it’s the reason figures for these types of crime are so difficult to compile. Woodman then had to go back into the bar to see if his attackers would talk to him about what had happened, which, unexpectedly, they were happy to do.

“You’d think people on the wrong side of the law would close up once the cameras are rolling, but they didn’t,” he says.

“As a good scammer, you need to be a bit of an extrovert, and this idea they could tell their story and have their 15 minutes of fame was quite appealing to them.” 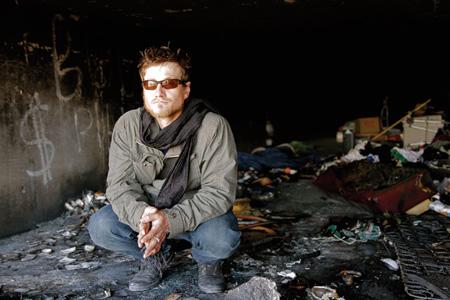 However, not surprisingly, none of the criminals showed remorse – they all had someone else to blame. “They knew what they were doing, so they had justified it to themselves.

“They thought, ‘these guys shouldn’t be going out looking for sex, hanging around these bars, we know what they’re doing, so don’t take the moral high ground with us, mate’.”

While filming in Barcelona, Woodman was running with a pickpocket gang originally from Romania. They explained to him how they were attracted to the Spanish city because the laws in their own country were too strict.

“Their attitude was, ‘Where would you rather be a pickpocket? It’s Spain’s fault for having such lax laws’.”

Despite being fleeced by a tuk-tuk driver in Bangkok, getting ripped off by ‘gladiators’ posing for photos in Rome, and being conned in an antique carpet scam in Marrakech, Woodman says there are more unsafe places in the world where scammers operate on a larger scale – South America.

In Rio, Woodman joined the five-million revellers heading to Carnival. Along the way, his bag was stolen, he got scammed in a cab, almost drugged and robbed of most of his possessions – all in just a few days.

“Even so, Woodman still bills Buenos Aires as the most dangerous city in the world.

“It got pretty heavy because I got into counterfeit money, which overlapped into a world of guns and drugs,” he explains.

“The bills end up on the streets – taxi drivers and food vendors. They buy them at half price from a distributor, then pass them on to unsuspecting tourists, knowing they can double their takings for a week. As a tourist, it’s impossible for you to give it back as the locals won’t take them.”

But rather than his findings putting Woodman off travelling, he says there are ways to avoid being exploited.

“Don’t be scared, be prepared,” he advises. “Research every city you go to, and be aware that every city has it’s own unique scam. When you understand how they work, you’re much less likely to fall victim to them.” 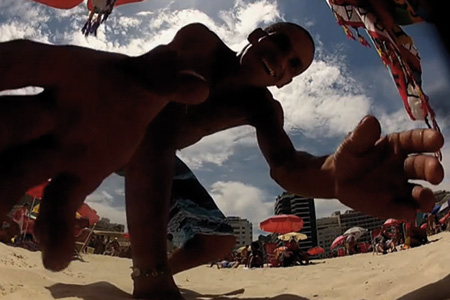 It’s not just the man on the street travellers need to be wary of – professionals can be in on the act, too. One of the biggest scams Woodman came across in India was in medical centres.

“I was in Delhi, where one of the big dangers is the doctors. Half of them aren’t actually doctors, they’ve got a fake certificate they’ve bought off the internet. Then the other 50 per cent are just as dodgy,” he says.

“I was treated by a ‘real’ doctor whose credentials I’d checked. I was faking Delhi Belly, and managed to fool him.

But what was really revealing was that he advised me to bump up my treatment, so my insurance claim would be worthwhile – that would cost me an extra 50 per cent of my treatment fee. That was a real doctor encouraging a tourist to scam.

“My tip is, if you’re ill, go to hospital for treatment, not a doctors’ surgery.”