Scooting around Spain: The best way to explore Madrid’s winding backstreets and historic palaces is by scooter

The sky is pristine, blue and cloudless, light bounces off the cobblestones in steep alleyways, the splashing water of the Cibeles Fountain is glistening, and City Hall’s bright white facade is so dazzling you have to squint to look at it.

After a week of drizzle, it’s safe to say this is the first day of spring, and the Madrileños are out in force to celebrate it.

The city’s spacious squares are full of people out for a stroll and the rest of the streets are packed with shoppers, people sitting on patios and drinking coffee or sneaking cheeky lunchtime glasses of wine.

Every doorway seems to have someone leaning against it, soaking up a few rays while they linger over a cigarette or two (this is Madrid after all – everyone smokes). 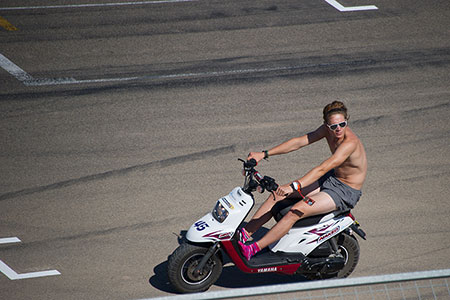 Even the faded yellow and red paint of the old tapas joints looks quirkily retro rather than shabby.

All I can see, however, is a blur of this activity out of the corner of my eye, as I’m on the back of a scooter, clinging for dear life onto my boyfriend’s jacket. We’re definitely going too fast and he’s swinging the bike through lanes of traffic with the abandon of an over-confident line-dancer.

“Are we lost? We’re lost, aren’t we?” I shout as loud as I can, but if the words make it past my helmet shield, they’re definitely lost in the whiz of wind. I jab him, but there’s no response.“We’ve already been down this road,” I say sulkily to the inside of my helmet instead.

The layout of Madrid really begs to be explored by scooter, as the back streets are numerous, winding up and down the countless hills that the city lies over.

So this morning, despite barely having a lick of Spanish between us, and very little grasp of the local road laws, we decide to hire a scooter to pack in as much sightseeing as possible. 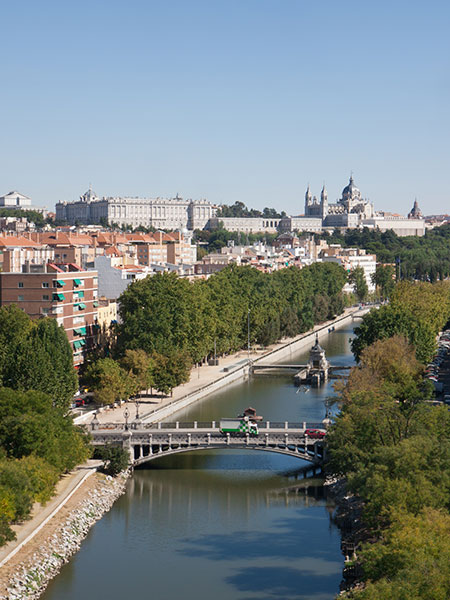 After a few failed attempts (our hopeful “Hablos ingles?” in various hire shops are met with many a gruff, “No!”) we eventually chance upon Moto and Go (motoandgo.es), where the English-speaking shop owner is more than happy to pack us off on the back of one of his 125cc bikes.

His instructions are short.“Drive slow on the pavements. Don’t park outside museums. Fill it up with petrol afterwards. Now go.” And so we do.

Given the gorgeous weather, the Puerta del Sol, meaning ‘Gate of the Sun’, seems a good first destination.

We hop off to admire the two famous bronze statues here: The Bear and the Strawberry Tree, the official symbol of the city (because the surrounding fields used to be packed with bears) and the magnificent King George III on horseback. 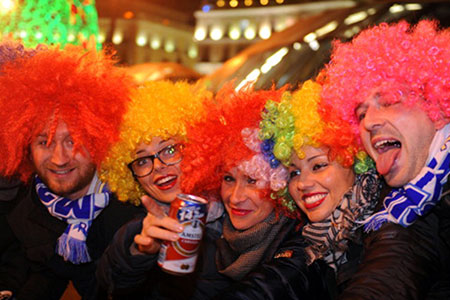 One of the busiest places in Madrid, the square is also the official starting point for Spain’s six national roads and there’s even a stone slab called Kilometre Zero to mark the exact spot.We climb back on the bike and zip down Calle Mayor, Madrid’s original High Street, then after a few twists and turns, somehow find ourselves on Calle Huertas, the capital’s most famous road for tapas and wine bars. Bingo.

We duck into Cafe Central and order a couple of plates of tapas to share. These tastebud-tingling, bite-sized snacks usually revolve around toast with local cheeses, hams and other delicacies – the perfect way to sample as many Spanish flavours as you’ve got the stomach for.

Sated, we heave ourselves back on the bike to do some more exploring – and that’s when we get lost. 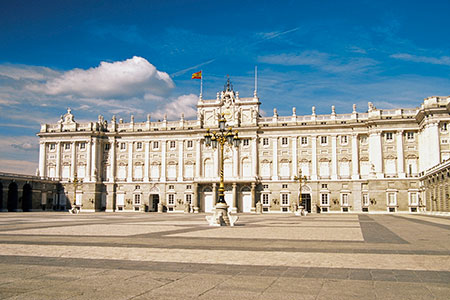 After a little wrangling over maps, we eventually decide to use the city’s geography to our advantage, and just tank it uphill as far as we can go.

We’re rewarded for our ingenious plan when we pull out in front of the capital’s most magnificent building – the Royal Palace of Madrid.

Stretching over 135,000 square metres it’s Europe’s largest functioning palace and is flanked by the lush, perfectly groomed Sabatini Gardens. Although it’s the official royal residence, King Juan Carlos doesn’t actually live here – although for the life of me I can’t think why not.

Bike safely parked, we wander around the building, joining tourists checking out stalls with guys twisting wires into names, selling trinkets or playing music on rows of glasses filled with different levels of water.

We peek over the edge of the palace’s rails, from where we can see the city spreading out into the distance, urban streets gradually turning into forests and fields under the Spanish sun. What a panorama to catch on the first day of spring. 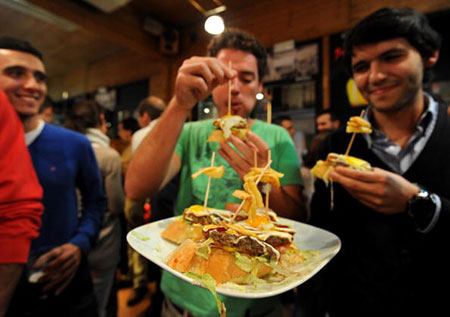 Eat – Budget: Looking out onto the Plaza de Isabel II 2 is Cafe Real, which has plenty of tiny nooks and crannies for settling into with a coffee for a couple of hours. It’s a great spot for breakfast, too. Mains from £3.(Plaza de Isabel II 2)

Midrange: If you’re sick of all the types of ham and sausage that turn up on your tapas plates, La Isla del Tesoro is a great vegetarian restaurant for trying something different. The menu is constantly evolving. Mains from £10.

Luxury: For a long evening over wine, tapas and jazz music, head to Cafe Central. They have live music most nights of the week and the tapas menu includes tidbits such as gorgonzola cheese with walnuts on toast. Lip-smacking. Tapas from £4. 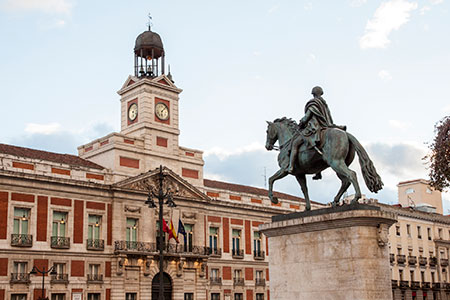 Drink – Budget: Famous for being one of Ernest Hemingway’s haunts when he was in Madrid, La Venencia serves only sherry, including the writer’s favourite tipple, Manzanilla. Approx £2 a glass.(Echegaray 7, tel. +914 297313)

Midrange: On Calle Huertas, Miranda is a buzzing place to stop for a cocktail or three.

Luxury: If you want to treat yourself to a tasting session of the region’s finest wines, try La Cruzada. Apparently King Alfonso XII used to do just that here many moons ago. Glasses of wine from £4.(Amnistía 8, tel. +915 480131) 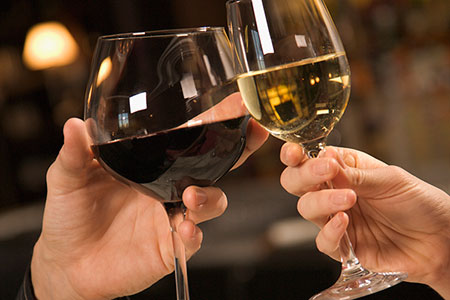 Sleep – Budget: For a real budget stay, try Cat’s Hostel, which is inside a 17th-century former palace, but is still one of the cheapest sleeps in the city. Dorm rooms from £13pn.

Midrange: The very snug Hostel El Pilar is right at the heart of the action, close to the Puerta del Sol. Rooms are small but clean and it’s a great place to chat to other backpackers. Rooms from £29pn.

Luxury: Boutique hotel Radisson Blu Prado is just minutes’ walk from all the best features of Madrid – tapas joints and cheap wine bars are close by and the Museo del Prado is just over the road. Standard rooms from £103pn.

Fly from London Heathrow to Madrid from £129pp return with easyJet.