Shit London: recording the capital’s neglected corners one photo at a time

Patrick Dalton began by taking pictures of the bizarre details that caught his eye – stupid signs, hilarious graffiti, depressing signs of urban decay. It became a chronicle of London's gloriously moribund detritus, which, entitled Shit London, found its way online before – as is the way in this brave new world – spawning a gallery show, a book and its own awards night.

As Dalton, 32, recalls, it all began in such humble surrounds. In Tooting, to be precise. "I'm a life-long Londoner – south London and proud. It all started off when ?I was living in Tooting. That place was an absolute goldmine.

"It was bat-shit crazy," he says. "There's a bit of gallows humour about it – it's kitsch and it’s self-deprecating. And?I think that anyone who laughs at it will still have some real affection for London." 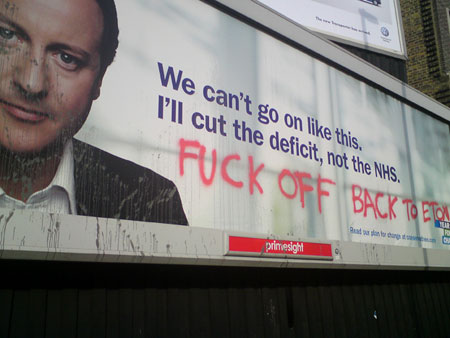 In many ways, Shit London was a reaction to the pomposity of the 'in the know' crowd, who had already staked out a corner of cyberspace for their preening.

"It started on Facebook," Dalton says. "There was a group called Secret London. All my friends were joining but it was just a whole lot of people shouting the names of their favourite clubs into a void. I thought, 'what's the point?'"

"So I started a group called Shit London, just taking the piss, not thinking anything of it. I uploaded 10 pictures on a Friday night and then when I came back after the weekend, I found 300 people had subscribed and it just snowballed from there. A gallery got in contact with me and asked if I wanted to exhibit the pictures.

"I had been taking photos like that for years but always thought that world was probably closed to me. When the door opened, I was right up for it." 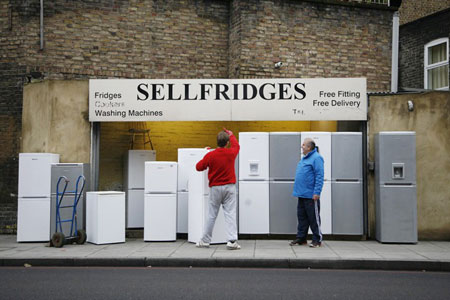 And now, the best contributions to Shit London are available in a book. They run the full gamut: discarded sex dolls, ill-chosen shop-fronts ads, inappropriate murals. Basically, anything that causes the needle to shudder from funny to depressing and back again.

By its anarchic nature, the thread linking the images is hard to define – there's a hint of desperation, of people trying and failing. But mostly, Shit London strikes a chord because it offers such stark contrast to the fashionable, cosmopolitan foot London prefers to put forward – portraits of the city's pathetic, ugly sisters in counterpoint to its pretty, self-promoting Cinderellas.

"The common theme, first of all, is London – it's just the bits nobody looks at," Dalton says. "If you watch a show like The Apprentice, you'll see London looking very shiny and impressive but that's not the reality for most people. And I think that these photos of all the grotty stuff actually make people more appreciative of the rest of it." 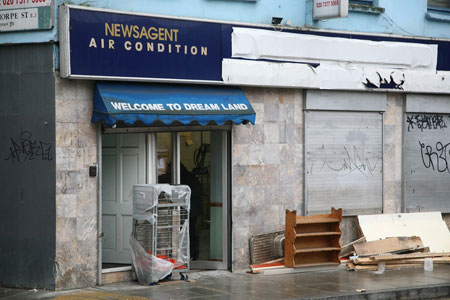 And, of course, what binds Londoners together more tightly than the way their affection for the city manifests itself in complaints about its shortcomings?

"One thing Londoners love is to moan," Dalton says. "Look at the Tube – everyone avoids talking to each other, but once the Tube breaks down they’ve all got something to talk about."

The hallmark of Shit London's content is that it's accessible – there are no barriers to observing the weirdness of life in London. And it's low-tech, as anyone with a camera on their phone can contribute. That said, there is still the thrill of the new about it.

After all, it's unlikely such an advertiser-unfriendly site would have found a niche before the relatively recent, nosebleed-trajectory explosion of social media.

Without an online hub for people to congregate and mock-slash-celebrate the shabbiness of everyday life in the capital, Shit London might never have been.

"Even five years ago, it probably wouldn't have worked," Dalton says. "But people spend more and more time online and they now walk around with smartphones. 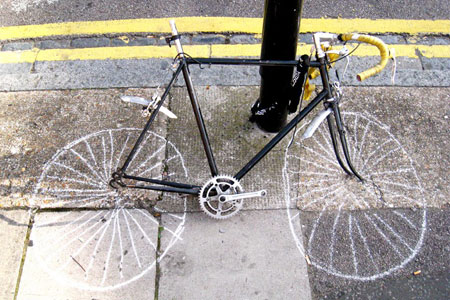 "It definitely helps that people can make comments and talk about the different photos. I think it's also the fact that people haven't really been pointing and laughing at this stuff. Or, in some cases, people compete about living in ?really bad areas. It's like a badge of honour for them."

And if there was any doubt about Shit London's wildfire popularity among disillusioned residents, then it will surely be dispelled at the site's inaugural awards ceremony in September. Don't make the mistake of expecting glitz and glamour and red carpets, though. Dalton insists the night ?will be, as befits the occasion, a bit shit.

"I guarantee it will be a very disappointing evening – the ceremony will take place in the dingiest pub we can find," he says. "Winners will get a pint, a packet of crisps and a pat on the back. But I will be wearing a tuxedo"

That is no slur on the quality of entrants, though. On the contrary, Dalton is expecting the bar to be raised on London-based mediocrity.

"The ugliest building should be an interesting category – there are lots of those in London," he says.

"But one I'm really looking forward to is the worst view from work – I've seen some entries and there are some truly bleak views from people working in big office blocks."

Until then, though, the task of chronicling London's flotsam and jetsam continues and the city's rich tapestry, as frayed at the seams as it might be, is all-encompassing. According to Dalton, would-be contributors need only observe the world around them in all its quirky minutiae, pausing briefly to peer through the window into another person's weird, slightly malfunctioning world.

"Look at signs in newsagents' windows or posters on the Tube that have been defaced. Or notices up in fruit and veg shops – they've often got weird stuff written," he says. "Just keep your eyes open – you never know what you'll find."

» Have you seen anything bizarre in your neck of the woods? ?Something dysfunctional or a little bit depressing, but nevertheless hilarious? We'd love to have a look. So take a picture and send it through to letters@tntmagazine.com

Kick into shape for summer at KB fitness