Short break to Stockholm: Kayaking, boozing and a night in a prison – now that’ a weekend

Luckily, the last item on my to-do list (getting out of here) is easier than it would have been 100 years ago. I’m staying in a cell at Långholmen’s, a former prison in the heart of Stockholm that has been converted into a hostel. Though the guards and guns are long gone, the bunk beds, heavy iron doors and whitewash walls remain, placing Långholmen’s Hostel among the most eye-catching (and affordable) accommodation the Swedish capital has to offer.

A taxi waits outside to whisk my friends and I to Sörmlands, the province that stretches from the southeast of the capital to the north and the Baltic. Here, we’ll pile into a fleet of two-person kayaks in which we’ll navigate Sweden’s largest archipelago (the second-largest in the Baltic Sea). 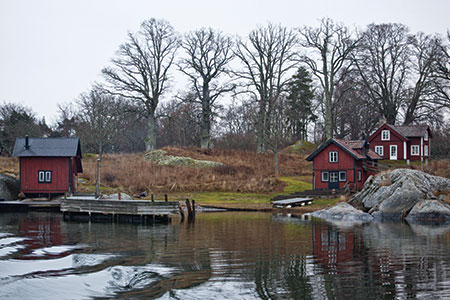 Well, perhaps not all of it – the archipelago consists of around 30,000 islands, which fan out 80km from the city. In days of yore, the area’s inhabitants consisted predominantly of Viking-like fishermen, whereas now there are an estimated 50,000 holiday homes and chalets dotting the scenery.

It’s no wonder the area is so popular with well-heeled Swedes: the urban vibe of Stockholm feels as if it’s a world away, yet our journey from the city centre takes little over 30 minutes. Herein lies the attraction of the archipelago – we’ve been transported into a Norse fairytale setting, yet our isolation is not intimidating in the slightest, since the slick sophistication of Stockholm (and all the home comforts that come with it) are a short distance away. 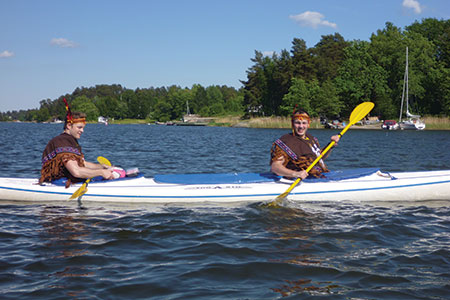 “Welcome!” exclaims John, from outdoor specialists Nature Travels. After a few pleasantries, John puts us to work – dragging our kayaks from the boathouse and packing them – before giving us a quick but detailed safety brief. John is also our guide. More adventurous tourists can hire kayaks and explore by themselves, but as we only plan to be here for the weekend, we figure it’s best to have an expert lead us through the extensive island network rather than risk finding ourselves in Russian waters come Monday.

After wobbling into our dual kayaks, we paddle into the mirror-like expanse, following John’s lead. Either side of us, small lush islands are punctuated with the picturesque holiday homes of Stockholm’s elite. The water is calm, but a day’s paddling still proves a tough workout. 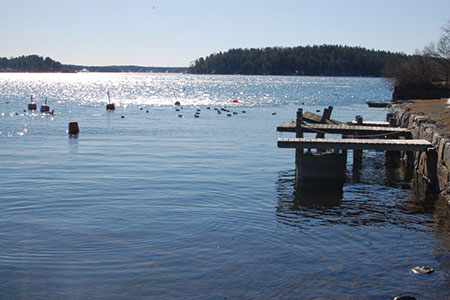 Luckily, the scenery is enough to distract us from our aching limbs, as is the occasional conversation with curious locals, who lean from the verandahs of their colourful wooden cabins to ask us where we’re from and how we’re enjoying Stockholm.

The wider waterways of the archipelago accommodate shipping lanes which can, at times, prove frightening to cross. John tells us when to wait and when to paddle, ensuring none of the kayaks have an undue tête-à-tête with an oncoming ferry or cruiseliner.

After five hours on the water, John guides us to a nondescript island that will be our resting place for the night. As many local tour companies do, Nature Travels rents the island from local authorities on behalf of wannabe explorer tourists such as ourselves. 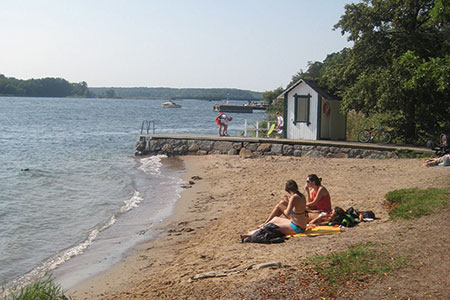 The island is equipped with a smattering of semi-permanent tents, basic toilet facilities, as well as benches, trestle tables and a gas-fire barbecue. We hoist the kayaks onto dry land, set up camp, and arrange a pick-up time with John for the next morning.

Darkness never quite falls on a summer night in Sweden, so we eat, drink and make merry with a backdrop of eternal dusk. Before we know it, the sun is creeping up on us and we only have a few hours to sleep before John returns. But then, how often do you get to watch the sunrise over the Baltic?

Bleary-eyed and fuzzy headed the next morning, inevitably the journey back isn’t as enjoyable as the way out. We discuss buying a summer house so we can make our visits a regular thing, but John informs us the cost of one of the more modest ones would compare to a London townhouse. It seems we’re destined to return to jail on our next visit to Stockholm.

Getting there Fly from London Stansted to Stockholm from £38.90 return with Ryanair. 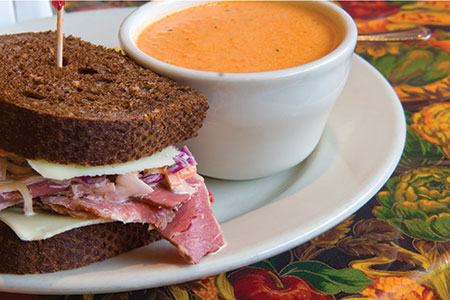 Budget: Trendy soup kitchen/café Stockholm Taste is often packed, so get there early to nab a seat and sample the original and ever-changing soup menu – expect spicy Asian concoctions, as well as hearty European-style broths. Main courses from £5.50. (Wargentinsgatan 3, tel. +46 8 654 5610)

Midrange: Bistro Berns is a quaint and cosy French restaurant, serving quality classics such as moules frites, steak tartare and boeuf bourguignon. Set inside Berzelii Park, the outdoor terrace is a great place to sit if you can nab a table in time. Main courses from £10.50. 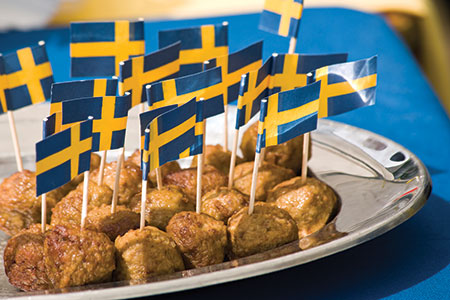 Luxury: Operabaren might not be cheap, but you can’t beat the Swedish and European haute cusine, served in a semi-formal setting. It’s also definitely the best place in town for Swedish meatballs. Main courses from £16.50.

Budget: With its dark-wood panelling, flickering candles and beer-hall style vibe, 100-year-old establishment Pelikanoffers revellers a taste of Swedish merrymaking as it might have been a century ago. Ales from £7; wine from £9.

Midrange: Situated on the shore of Lake Mälaren, Mälarpaviljongen is one of the best outdoor spots to sink a beer, or select from their extensive list of bubbles and red/ white wine from £8.50 a glass.

Luxury: Slick, popular al-fresco club F12 Terrassen is set upon grand stone steps next to the adjoining restaurant. Come summertime, expect top-notch guest DJs – and don’t arrive until after midnight. Beers from £8; glass of wine from £10. 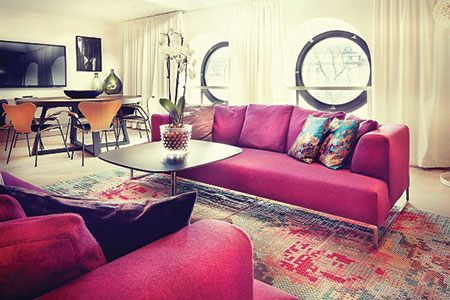 Budget: One-time prison Långholmen’s still has plenty of quirky, jail-house features, but the newly renovated “cells” are a darn sight more comfortable than they would have been once upon a time. Rooms start at £25.50pn.

Luxury: Berns Hotel (above) is a fantastic boutique hotel in a conventiently central location – stumbling distance from a decent range of pubs and clubs. If it’s good enough for the likes of Rihanna, Bill Gates, and the Dalai Lama…Double rooms start at £300pn.

Other traveller reviews on Lebanon