The painting is by artist John Currin and is titled Bea Arthur Naked. It sold at Christie’s auction of postwar and contemporary art this week. It had been expected to bring in between $1.8 million and $2.5 million.

Whoever said sex sells is a liar.

The 1991 oil painting depicts the late actress nude, but only from from the waist up. Arthur didn’t actually have a Titanic-moment and pose for the painting, instead the image was based on a photograph of her. 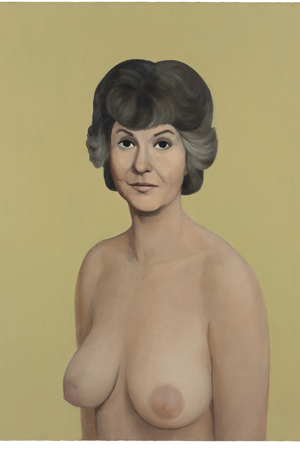 The artist must have had a racy imagination because the photo the painting was based on was Arthur with her clothes on.

The piece first stirred controversy in 1991, when critics blasted it for being sexist and misogynistic.

“It’s historically significant – it’s radical to sexualize someone people think of as asexual,” a spokesman from Christie’s said.