Provence is famous for a lot of things: gorgeous, celebrity-packed beaches, world-class food and a lifestyle that inspired books like A Year In Provence. But interspersed between fields of aromatic lavender and thyme, you’ll also find a landscape brimming with grapes, where Provençal winemakers are leading the world in techniques for producing rosé wine.

It’s true that sipping on this pink wine has been less than fashionable in most parts of the world for the past couple of centuries, but the trendy and sophisticated people here in the South of France have always enjoyed a glass (or four) of rosé. And while it’s never been unusual to see it being swilled in healthy quantities on a Cote d’Azur beach, it’s only in recent years that the rest of us have started to catch up.

According to Jean-Jacques Benetti, director of Maison des Vins des Cotes de Provence, rosé is quickly gaining popularity outside France, possibly due to its lightness when compared to red wine. Rosé belongs to a different kind of drink which is not as complex as red,” he explains. “It is not a wine you need to be knowledgeable to be able to drink – it’s an easy drink and it is also lighter than red wine.

“When I travel in England I can see that people are asking for a lot more rosé,” he continues, adding that during a recent exhibition, his rosé wine seminars were oversubscribed, whereas only half as many people showed the same interest in tasting and learning about champagne.

Having not even sipped a glass of rosé since drinking the non-alcoholic version at Christmas as a child, I was apprehensive at the wine-tasting at Benetti’s cellar. But it tasted nothing like the coloured white wine I imagined it would, and I agreed with his description of the drink as a lighter alternative to red.

The difference between rosé and red wine is highly dependent on the time taken in production. Both types of wine use the same grapes – in Provence, these are usually Grenache, Cinsault or Syrah, with the main variable being the time of maceration, the contact between the skin and the juice. The maceration process for rosé wines is usually between six and eight hours, whereas for red wines it can extend to up to 12 hours.

Rosé wines first came about when the Romans started making wine with red grapes. They stopped their fermentation process early as the warm climate would sometimes turn the wine into vinegar, hence they ended up with something halfway to red wine. The Romans started developing vineyards in Provence after conquering the area around the 2nd century BC. Despite an insect plague which wiped out around two-thirds of all French vineyards in the late 19th century, wine production has steadily grown in the region.

Heading along to a wine-tasting at either a retail outlet or a vineyard is the perfect way to get a taste for Provençal wine. And you won’t be stuck for choice, as there are more than 60 winegrowers who will happily give you a tour and tasting at their properties – though many will warn you to spit the wine out, particularly if you’re driving. If it’s 11am, as it was when I received my introduction to the world of wine, that’s probably not a bad idea.

Although most wine-tasting sessions will include all three varieties of wine, in the Cotes de Provence appellation rosé wine accounts for around 80% of wine production. But while New World wine-producing countries like Australia and Argentina have been steadily competing for dominance in the red and white wine markets, there’s been little competition for the increasing rosé market, and Provence continues to move even further ahead in terms of production techniques.

Benetti says that while Provençal vineyards continue to use traditional techniques to produce their rosés, more and more are also opting for temperature-controlled methods as well in an effort to constantly improve their wine. These additional temperature controls are what sets Provence apart in techniques, and one reason why their dry rosés have little competition from the rest of the world.

If you do take a liking to French rosé, a word of warning before you stock your suitcase full of it: unlike a red wine which gets better with age, rosé should ideally be drunk within a year or two, so check the year of production and buy only what you can drink in time. 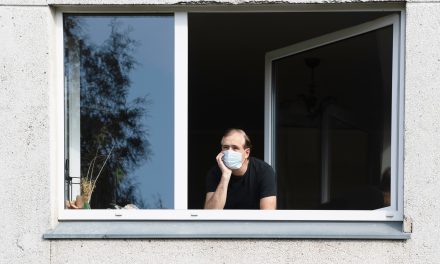 Maintain Your Mental Well-being While Staying At Home