It’s the latest surprising revelation in the case that shocked the world. Rudy Eugene, 31, was shot dead by police when he was caught chewing off the face of homeless man Ronald Poppo, 65. He was naked at the time and originally believed to have been high on legally available untested black market drugs.

But medical examiners in the Miami-Dade district have failed to find any trace of the drug that police claimed at the time that he was likely to have been high on.

An official statement from the examiner said “The department’s toxicology laboratory has identified the active components of marijuana. The laboratory has tested for but not detected any other street drugs, alcohol or prescription drugs, or any adulterants found in street drugs.”

The statement did concede that the tests were “within the limits of current technology by both laboratories”  – suggesting perhaps that by now any detectable traces may have disappeared.

Poppo is now recovering in hospital following the brutal attack. 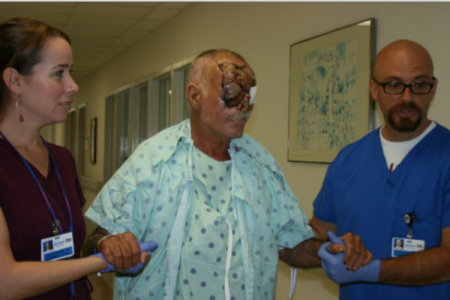 The chemical found in marijuana, THC, can be detected in the human body for many months after it is introduced. While the effects are debatable, it takes around 2 weeks to a month after smoking for the chemical to be undetectable and 3 months for extremely heavy users.

Video: An eyewitness describes what he saw at the scene of the horrific crime scene

Watch CCTV footage of the incident in the video below

Apple iOS 4 updates, reviews and installing on a 3G

Flower in the Sky