Although Smith lost his experienced keeper on a flat WACA track, the young number five finished the day on 103no, with Mitchell Johnson the other not out batsman tormenting England again with a brutal 39no, mostly off the new ball.

Australia went into the day with an unchanged line-up from Adelaide after Ryan Harris passed a fitness test for his knee.

England of course wouldn’t bring two spinners in, so Monty Panesar made way for Tim Bresnan – not a shock inclusion for his experience but made many wonder what the point of bringing man mountains Steven Finn, Chris Tremlett and Boyd Rankin over if they weren’t going to play one of them in a pace haven.

After Michael Clarke won the toss – his third of the series – the Aussies would have expected to make Alastair Cook’s side toil in blistering heat, but the tourists must have thought Christmas had come early on a good, fast batting deck, when they had 5-145. 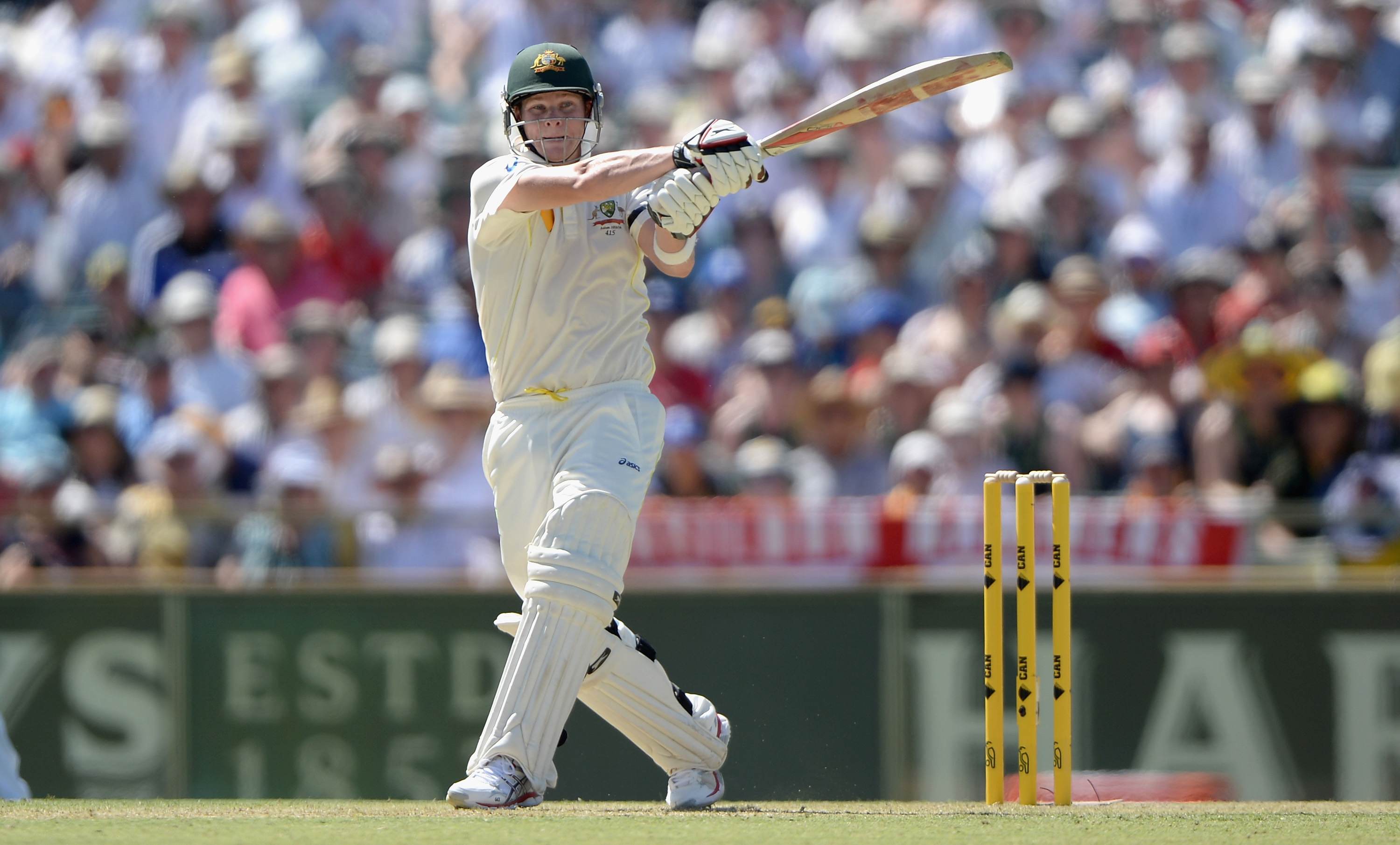 The rot started with an ill-advised quick single from opener Chris Rogers (11) who gave James Anderson his only dismissal of the innings when he threw down the stumps at the bowler’s end.

The Aussies were in a hurry – Shane Watson (18) was caught in slips pushing at a ball he shouldn’t have been interested in, Clarke (24) chipped Graeme Swann to short mid-wicket just before lunch and George Bailey (7), probably most disappointing of the lot, was totally out of control holing out to deep backward square.

David Warner was the only member of the top order to inflict any damage in a breathless first couple of sessions, with his 60 coming from 77 balls before flashing again to point off Swann this time just after lunch. 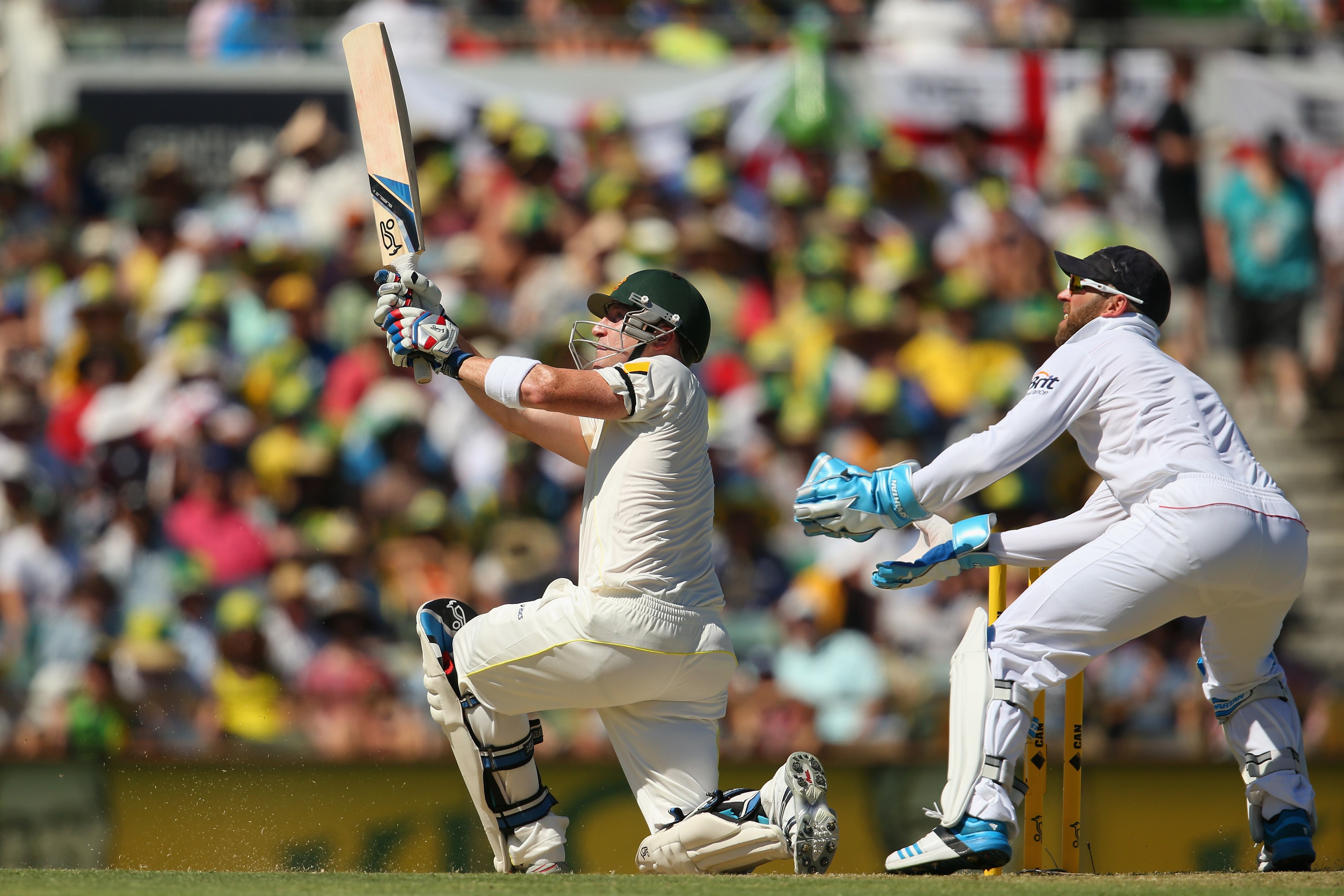 Smith and Haddin were largely attacking in their approach, the way they know how, but kept their aggression controlled as they ticked along at around four an over before and after tea.

Smith especially, after weathering an early storm and showing a great view of the situation, took a liking to any of the short stuff offered up dispatching it to mid-wicket with some sublime pull shots.

Haddin was at his bullying best. Although lucky to survive some half chances, they were the kind a batsman in form gets away with. He did fall on 55 in the 71st over to what was very nearly a Ben Stokes no ball. He wasn’t able to get over the top of a pull shot from a decent short ball.

In the end, the day goes to Australia… just. If not for the 124-run partnership between Smith and Haddin, and Johnson’s quick runs at the end, they would have fell well short of the average 330-run first innings score on this ground.

Now though, England will rue missed opportunities and be mindful that when Johnson scores runs he tends to bowl well too.

What’s going on this Australia Day