❚ Cambridge history student John Knowles built an ‘intricate’ 4ft phallus in a park next to a police station in 2007, and was swiftly fined £80 for creating the obscenity.

❚ Harold James, of Somerset, was hit with an £80 parking fine in 2009, because the back wheel of his car crossed over a perimeter line. The line was under 7cm of snow at the time, he claimed.

❚ Dean Smith, of Derbyshire, hurled a snowball at a police community support officer last year, and was slapped with an £85 fine in return. Now that’s cold!

Free beer and pies
O2 mobile customers can score free food and beer as part of a Six Nations rugby promotion. There are 5000 packs up for grabs and each includes two pies, two cans of beer, an England flag and ice packs. To enter, sign up at o2priority.co.uk from
9am on Friday March 2.

Shop and earn a fiver
Stock up on threads for your spring wardrobe at Dorothy Perkins and for every £30 you spend, you get a £5 voucher for your next visit. Now, there’s an excuse to splash out for the new season if you needed one. The offer ends February 29. See dorothyperkins.com

Beds for a fiver
Visit the Plus Hostels stand at the TNT Travel Show on March 3 to score a night at any of its European hostels for only £5. Great for travellers on a budget, the only catch is that the offer is not valid over Christmas or New Year. Score a £20 saving on beds in Berlin, Rome, Florence, Prague and Venice. 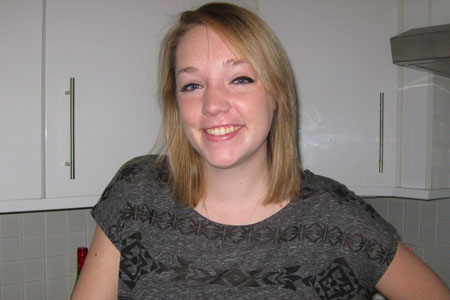 How do you budget?
I spend the majority of my money on food and transport and then, if I have anything left over, I go and have fun.

Any money-saving tips for when you arrive in London?
Make a list of necessary purchases – especially for grocery shopping – so you can see where you’re at. Plus, keep a keen eye out for money-saving deals.

Last big blow-out?
A weekend in Paris with a bunch of friends. I splurged on food, but since Paris has such a renowned reputation for its cuisine, I count it as an investment.

What non-essential items do you spend money on?
Travelling and drinking. However, I think you need to treat yourself every once in a while – otherwise, what would be the point of life? It would be monotonous.