The snow is expected to continue until midday then thaw as wintry rain showers fall across the country. Temperatures will also remain cold and are not expected to reach above 4C on Monday.

Most areas from Scotland to south-east England were covered with at least 5cm of snow overnight. The worst affected areas, including Northern England and the Midlands, are estimated to have twice that. 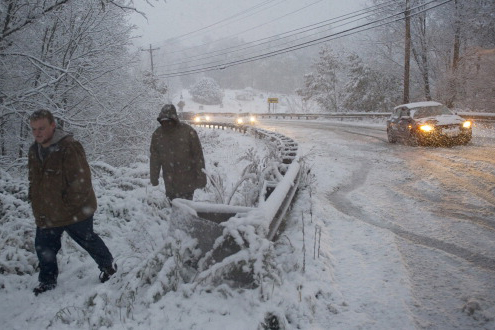 Thousands of gritters were dispatched to minimise problems on the road and National Rail has prepared trains for ice and bad weather, but the heavy snow still managed to disrupt public transportation and leave roads dangerously icy.

The Environment Agency has more than 100 flood alerts in place throughout central and south England. Twenty-three serious flood warnings have already been issued in parts of the south-west and Midlands.

More falling flurries will return midweek. There is a chance the weather will turn milder at the weekend, but as half-term approaches the cold weather is expected to return. 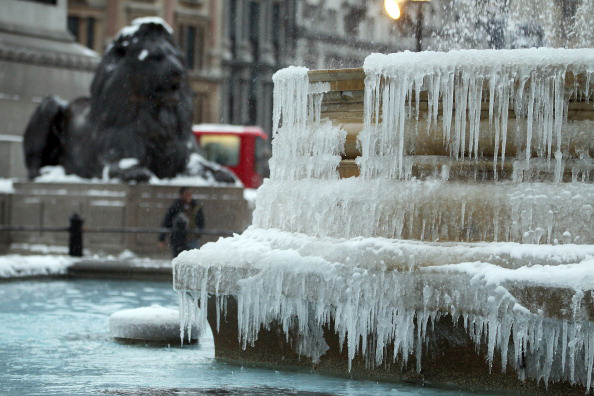 Helen Roberts of the Met Office said: “It will be drier but colder for the next 30 days. If there is any precipitation it is more likely to fall as snow.”

As we continue to bundle up and prepare for the imminent snowfall, thousands of passengers were left stranded in America due to the massive snowstorm “Nemo”, which hit the east coast over the weekend.

It dumped more than 90 cm (3ft) of snow from Massachusetts to New Jersey, while winds caused damage as far as Canada, killing at least 14 people. 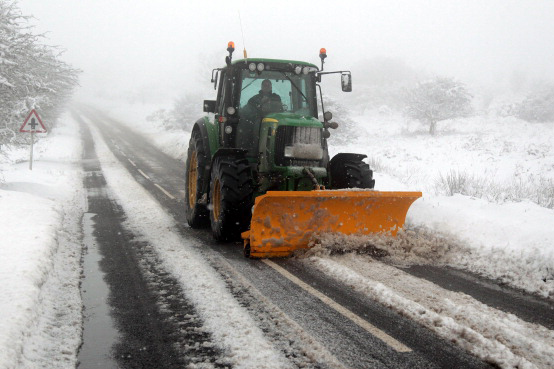 Thirty-two inbound flights to Heathrow from New York and Boston were cancelled, as well as three outbound flights. Virgin Atlantic, British Airways, Air Canada and Delta, United and American airlines all cancelled flights, forcing many passengers to sleep in airports.

The UK isn’t the only one snowed in. Moscow has had its snowiest winter in 100 years with more than 85 in of snow recorded so far.

Ready for the London 2012 Olympics