So long 2012! Celebrate New Year’s Eve with a bang in London

2012 has been London’s year – from the frenzied Jubilee celebrations to the better-than-ever-imagined Olympics.

So contemplating not being in the capital to say farewell to the year in which London excelled would be foolish.

And make sure you do it in style; forget moaning that New Year’s Eve is overhyped and settling for an old man’s boozer.

Instead, embrace it and give 2012 the epic send-off it truly deserves.

If you want to add a taste of the exotic, but are too skint to disappear, London can deliver that too.

Just as the capital handed the Olympic baton to Brazil in August for the 2016 Games, it’s fitting to give December 31 a South American flavour. 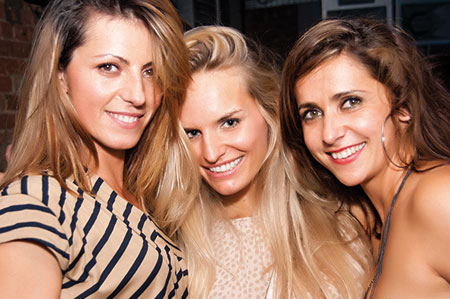 House maestros Derrick Carter and Karizma will each be playing a stomping three-hour set, while a samba troupe will perform with percussionists and dancers.

At midnight, there will be a live link up with Big Ben from the Brazilian Big Top, and another with one of Sao Paulo’s biggest clubs when they hit midnight at 3am GMT.

The King’s Cross club will be draped in white and gold, says Bodymove promoter Ali Bee.

“We are hoping to create a colourful and exhilarating carnival atmosphere,” she explains.“We have clubbers coming from around Europe coming to this party.”

In Rio, locals traditionally dress in white on NYE to gather on the beach to give thanks, then light fireworks and dance until morning.

The parties are legendary and Bee hopes to recreate the up-for-it spirit.“I’ve travelled to many different countries to celebrate NYE, but nothing beats the Brazilian atmosphere and their white-and-gold-styled parties,” she says.

“They celebrate the new year with dancing, live music and the friendliest atmosphere.” 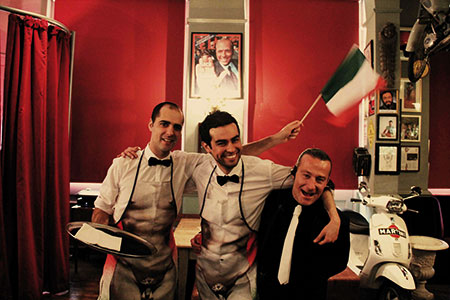 Rio Reveillon goes on until 2pm on January 1, so Bee says she expects to welcome people coming from different clubs as well as the hardcore who will stay in Egg for the marathon session.

“We believe this makes us the UK’s longest NYE party,” Bee says.

“It’s going to be a meeting of the tribes.”For another event with a destination theme (but a little more low-key), Bunga Bunga will be hosting the Incognito Masked Ball with 18th-century Venice as its inspiration

.The brilliantly named Battersea pizzeria will be transformed into Italy’s City of Canals.

Surrounded by a gondola-shaped bar, Venetian statues and staff in fancy dress, guests will be given a Venetian mask then invited toa sumptuous six-course banquet. Feasting over, partying will commence.

“He’d enjoy drinking out of cups shaped like his own head,” Gilkes says.

“He would also like being able to party incognito. Although it might seem a bit tame compared to his own parties!”

Read more: So long 2012! The best and wildest New Year’s Eve events and parties in London