So long 2012! The best and wildest New Year’s Eve events and parties in London

Home to 94 creative studios, Netil House is an amazing venue and this will be one of London’s coolest warehouse-vibe parties.

Don’t miss out on having a drink in Netil360, the building’s panoramic rooftop bar with spectacular views of London.

This Fifties-style bowling clubs always knows how to put on a party.

The NYE gig will feature music provided by Funk King, BBC Radio 6’s Craig Charles as well as the Correspondents – including blues, jazz, electro and drum’n’bass.

The basement room will be taken over by London hip-hop crew Livin’ Proof and, if you feel like a break from dancing, the bowling lanes and karaoke rooms will be open as usual. 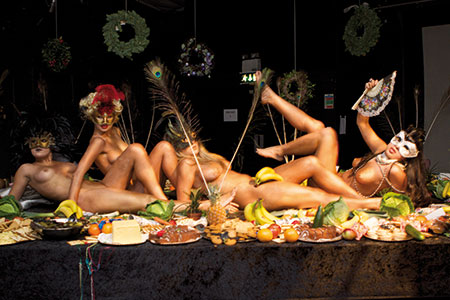 You can always count on the quirky Last Tuesday Society to throw a wild, spectacular party.

This year, London’s ultimate purveyors of decadence are holding a masked ball that will include the sounds of Urban Voodoo Machine, a cinema of desire, rooms of dancing as well as the chance to be fed oysters by naked people covered in gold.

Plus, the party is in aid of homeless charity, Crisis.

Fire eaters, bubbly, a five-course gala dinner, then access to the nightclub are all on offer at this South African-themed venue. Breakfast at 3.30am.

With Simian Mobile Disco headlining and DJ sets from the dance-house Hercules & Love Affair Soundsystem and Andy Butler along with live vocalists, this NYE bash is all about the music.

This is a big party – some 55 artists will play for 10 hours in three big arenas. Epic. 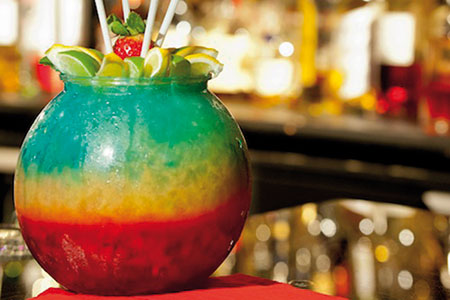 For £139.50, you’ll also get a three-course meal at a table beside the main ballroom floor of Royal Festival Hall.

According to the Mayan calendar, December 21 is the day the world will end.

If you’re still alive 10 days later and fancy throwing some shapes to banging house and techno, courtesy of Ryan Crosson (Visionquest), Lee Curtis and others, Cargo is your spot. 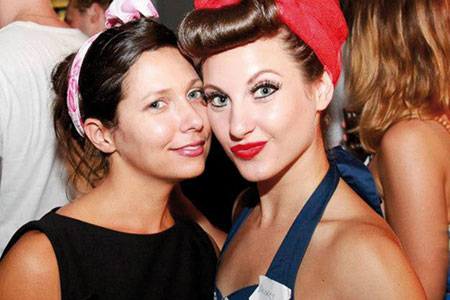 Two rooms will do battle at this epic seven-hour party.

Choose from the one playing pop hits such as Lady Gaga and Girls Aloud or dance the night away to indie classics from Pulp, Blur et al in the other.

Oh, and if you don’t make an effort with your fancy dress costume, you’ll stand out like a sore thumb. 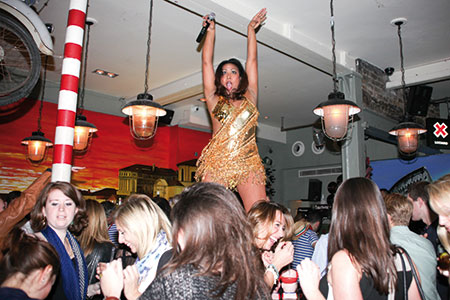 Start your night in Soho with a gourmet three-course meal (tickets including dining from £60) while listening to the smooth, slick sounds of The Midnight Stompers.

When the feast is finished, Thirties/Forties band Swing Zazou will take to the stage, upping the tempo with must-dance-to music getting everyone on their feet.

It’ll be a glittering evening, seeing 2012 off in style.

A vintage New York new year. Tuck into turkey and roast chestnut stuffing burgers with cranberry, ginger relish and listen to live jazz and Motown music as New York scenes are projected on to the walls. Low-key fun. 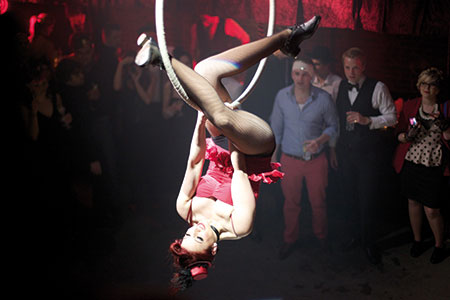 Welcome in 2013 in a velvet-draped big top where acrobats swing from the ceiling, ringmasters crack whips and ballerinas twirl.

Expect amazing costumes and performances from some of Europe’s top acrobats.

Sneak away to the intimate curtained areas on the mezzanine level, and pop into the boudoir for a lesson in costume makeup.

Costumes should be wild and wonderful.

Defected in the House

Defected In The House presents a line-up of world-class underground house DJs including Dennis Ferrer, Deetron and Noir. 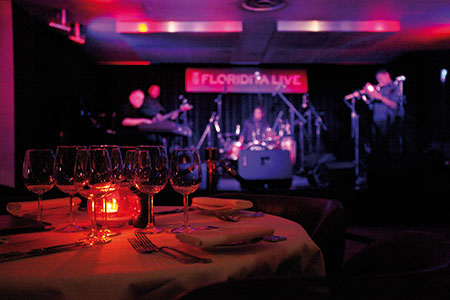 It’s all about the Eighties at this party, inviting guests to toast iconic personalities from Roger Moore to Timmy Mallet with a Veuve Clicquot reception.

At 2am, bacon butties will be wheeled out so you can refuel and carry on your 80s dance-a-thon.

Four rooms of dance music hosted by Toolroom Knights who have residencies in cities across the globe including Vegas, Moscow and Miami.

Expect to be working up a sweat to house, techno, drum’n’bass and dubstep.

The party has been moved from its original warehouse location but the vibe will remain anarchic. 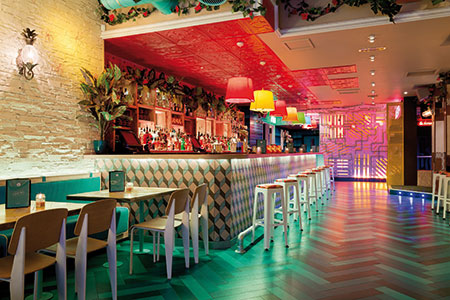 Beats will be provided by DJ Jimi Needles and Ferdie Ahmed, there will be a tequila ice luge, and cocktails – which the bar speci alises in – will be discounted until 10pm.

Your ‘How to’ guide to visa complaints