Social media suckers: People are increasingly tweeting their way into trouble with the law

Despite allegedly being hurled into a hedge by the impact, Hockley suffered only minor injuries. But the driver hadn’t stopped to find out.

So far, it’s sadly not that an unusual a story – until you learn that the person behind the wheel, who otherwise would have remained anonymous, outed herself on Twitter with a particularly unremorseful post.

Emma Way, a 21-year-old trainee accountant who has disputed Hockley’s version of events, wrote on the social networking site: “Definitely knocked a cyclist off his bike earlier – I have right of way he doesn’t even pay road tax! #bloodycyclists.” After the message was retweeted hundreds of times, Norwich Police tweeted back, advising Way to hand herself in. An investigation into the incident is now underway.

Stupid is as stupid does

As a result, TNT thought it wise to tell you a few cautionary tales, lest you get tempted to tweet your way into trouble.After all, ever since Twitter launched in 2006, it has performed a wholly unique function – revealing a hitherto hidden impulse of humans to destroy themselves in 140 characters.

As the microblogging site’s popularity has soared (more than 500 million registered users as of 2012), this self-destructive streak has developed from simple stupidity to tactless tweeters actually landing themselves in jail.

Way could yet prove an example of the latter (though she has apologised for the offending tweet), but the former is still going strong across all forms of social media. Earlier this month, Aussie politician Peter Collier got himself into a spot of bother after he ‘liked’ a photo on Facebook of a young man’s ‘sneaky nuts’ prank.

For the uninitiated among you, ‘sneaky nuts’ pranks are when a gentleman covertly exposes his testicles at an inappropriate moment. Collier claims he hadn’t noticed the young man’s balls when he liked the snap.

Nevertheless, the education minister was forced into the 21st century’s equivalent of a vegetable pelting in the stocks – a humiliating apology “for any offence caused”. 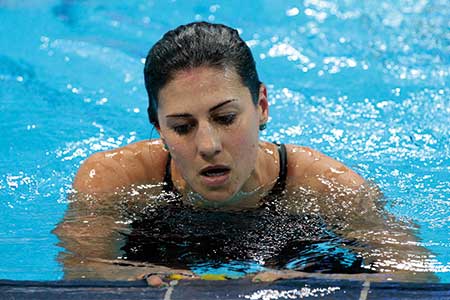 Of the people most prone to a social media gaffe, it would appear sports stars are among the most susceptible. Only earlier this month, the Lions rugby team had to say a public sorry after a picture of a springbok impaled on a railing was posted on their Twitter account, accompanied by the words: “Isn’t this what @lionsofficial did to Springboks in the 3rd Test in Johannesburg 2009? @qantaswallabies be warned.” The Lions are now drawing up social media guidelines for their players to observe.

Back in 2010, Aussie swimmer Stephanie Rice, 22, became one of the first high-profile athletes to discover the economic pitfalls of social media fails. The golden girl of Aussie swimming was dropped by her sponsors after she tweeted “suck on that faggots” when the Wallabies defeated the Springboks in a September test.

These examples, however, are small potatoes compared to the people who’ve managed to tweet themselves straight into the clink.

In 2012, student Liam Stacey made headlines after tweeting racist remarks about the footballer Fabrice Muamba, who at the time was fighting for his life in an east London hospital.

Stacey, a 21-year-old biology undergraduate at Swansea University, admitted racially aggravated public disorder after his posts, written in the wake of Muamba’s on-pitch heart attack during an FA Cup match between Bolton and Tottenham Hotspur, were reported to police by offended Twitter users.

Stacey claimed that his remarks – which included “LOL. F*** Muamba. He’s dead!!!” – were made while he was under the influence of alcohol. Still, he was sentenced to 56 days in jail, and last week it was revealed he has been banned from returning to Swansea University for the remainder of the year. 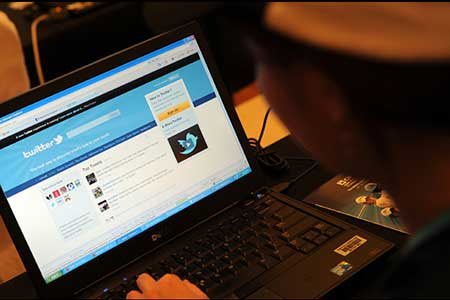 More high-profile figures are not exempt from the repercussions of ill-advised tweets, either. Also last week, Sally Bercow (main image), wife of the Commons speaker John Bercow, lost her legal battle against Lord McAlpine, with the High Court ruling she had posted a libellous tweet.

It all started when BBC2’s Newsnight wrongly made allegations of child sex abuse against the Tory politician, after which Bercow wrote: “Why is Lord McAlpine trending? *innocent face*.” Those fateful few words will likely cost Bercow a pretty penny now that she has been forced to settle with McAlpine, who also received damages from the BBC.

In February, Kuwaiti Mohammad Eid al-Ajmi was jailed for five years for tweets that were deemed insulting to the ruling royal family. And in April of this year, Turkish pianist Fazil Say was jailed for 10 months for tweeting jokes about a religious leader and some Islamic practices. Say is a critic of the Islamic government of the formerly secular Turkish state.

“Social media is a space with a litany of dangers,” social media expert Fiona Dunphy says. “But as with most things in life, the thing that leaves us open to those dangers is, more often than not, our own stupidity.” You have been warned.

Nike go Back To The Future with new trainers

The Naked and Famous spill their festival secrets

Innocent victims? As two travellers claim they were forced into smuggling drugs, TNT looks at other famous cases