Social sport leagues in London: From hockey and beach volleyball to urban golf and hula hooping

The staple sport for schoolgirls, not everyone associates netball with something positive. As a consenting adult, however, the game has more appeal and 250 Netbusters members play socially every week.

The group also offers ‘back to netball’ coaching clinics to ease people returning to the game. Play for fun or join a league.

Traditionally a lonely occupation, there’s no need to pound the pavement solo, even if you’re tackling a long distance. The London City Runners meet twice a week for a group run.

On Tuesdays it’s a more chilled-out affair and the group is split into ability levels for a 6km session. On Sunday, an 11km run is geared towards those in marathon training. 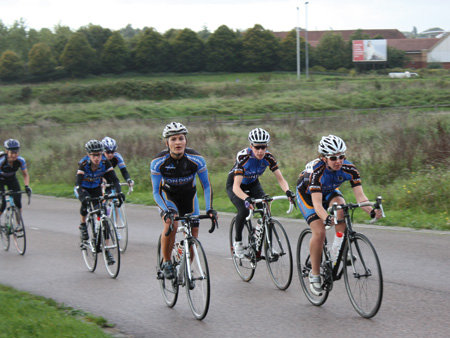 If you’re serious about cycling, Dynamo offers the full gamut of disciplines, including road racing, mountain biking, off road and time trials.

Some of the club’s members take their biking to competition level, but all are welcome. You can try a couple of sessions for free in Richmond Park, but after that it’ll cost you £40 for a year’s membership. There are also social events and club trips.

Like rugby, only you’ll have a velcro tag ripped off your shorts rather than being tackled into the mud. Touted as more skillful than its full contact brother. Four weeks in a league for £22.

Hyde Park frisbee group ABH Ultimate meets for serious team practice on Sunday morning, but in the afternoon, all are welcome to join in.

Use this website to find football games by date or location and connect with other footy players. Cost is just a fiver per game. 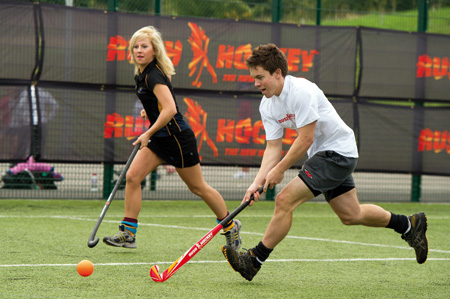 Fast and furious, rush hockey is not for the faint-hearted. But you’re guaranteed a good workout and it can be played indoors or out.

Inspired by the Riverbank Arena action during the Olympics, 50,000 people have picked up a hockey stick across the UK since the Games, and there are Rush Hockey venues all over London. Y

ou can join a team or just rock up for a session. Game schedules to be announced at the end of October – see website for updates

Girls, ever wished you were on a night out but there was no booze or men? No? Well be that as it may, this freestyle dance session has banned both in the hope that women will lose their inhibitions, burn fat and have fun.

The ultimate functional exercise, parkour, or freerunning, requires you to run, jump, vault and climb across whatever urban obstacles stand in your path.

Parkour Generations runs what is the largest parkour teaching organisation in the world, and it’s right here in London.

The group’s aim is to teach people physical and mental confidence as well as a broad range of fitness and movement skills.

With members from 70 different countries, this crew puts as much emphasis on social as it does on sport.

In saying that, training is taken seriously, but along with the basketball, volleyball, netball, dodgeball and football leagues are bi-weekly social events such as bowling, movie nights, go-karting and drinks. Phew! 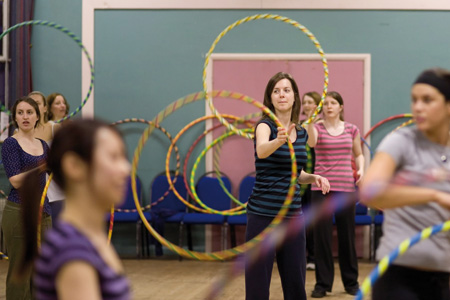 A childhood activity that you may or may not have mastered. Never mind if you didn’t make the hula-hoop gang at school, though – it’s not too late to learn.

Proponents of the art claim that as well as making you fit, hoop-work is also a form of meditation.

The Central London Cyclists’ Touring Club is less about technical ability than just enjoying being on your bike.

The group meets at a central London station then heads into the countryside for a social cycle and pub lunch. £41 for annual membership.

* Session times vary across a number of venues. See given website for more details 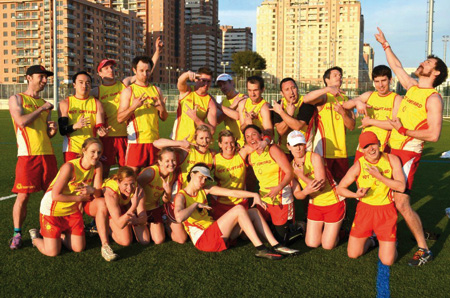 Beginning life when a group of Aussies, Kiwis and Saffas decided to form a netball team to win a bar tab in the Walkabout, Hot Custard has gone on to become an expat social sporting fave.

You can play touch rugby, active touch and netball; most sports cost £30 to play for eight weeks. Prepare for post-match pub action, too.

With more than 1300 members from all over the world, you’ll always have someone to play with whatever your level. Drinks and food afterwards are standard.

Since the Olympics, Volleyball England has been pushing to get more people into the sport. Beach volleyball courts have sprung up across London after LOCOG donated 4000 tonnes of sand from the Horse Guards Parade venue. 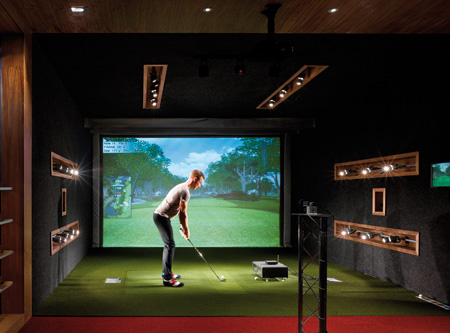 Not the most physically demanding of workouts, but a sport nonetheless, golf moves indoors and attaches itself to a bar at three Urban Golf centres in London.

Play virtual golf as a group in a state-of-the-art simulator and when you’re worn out, refuel with drink and food on the premises. You’ll be fit as a fiddle in no time.

Relatively sedate but still more sporty than sitting on the sofa and certainly more social, this group meets for urban rambles that are usually rounded off with some sort of calorie and alcohol intake.

Every other Sun & Fri, times vary, free
Across London
meetup.com/londons-social-urban-walks

London’s running and triathlon club has 2214 members (43 per cent of whom are women), with a wide range of ages and nationalities.

Some members compete in international competitions, others just want to burn off a few biscuits.

You can dip in and out of the daily sessions but it’s worth getting to know the group, which often ends up in the pub. Costs £25 a year.