The Eros Club originates from a group of young South Australians who were traveling to Europe back in the ’30s. The adventurers, who hadn’t been to London before, had heard about the statue in Piccadilly and agreed to find each other there. Hard to imagine now, but back in the dim and distant days before FourSquare, Twitter, mobile phones and sat-navs, arranging a place to meet in a certain place at a certain time was the only way to go. 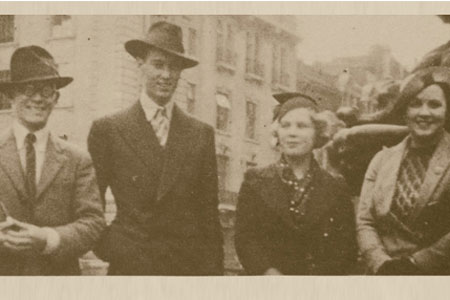 The first ‘Erotics’ meeting at the Eros state in 1935

It was during this first meet-up that the group decided to form a Club and to make the meetings annual and that anyone at Eros at noon on the 1st October would automatically become a member.

Nowadays at the increasingly popular event people headed to the Eros statue on the first day of October can number up to 240.

If you’d like to find out more about the event and where the Erotics head to for refreshments afterwards for the afterparty organised by the Agent General for South Australia, contact info@south-aus.eu