Craving a taste of home? In need of the sights, sounds and flavours of the southern hemisphere? Then get your fix at next month’s Homelanz festival, which will be bringing together tucker, wine and music from Australia, New Zealand and South Africa for a special one-day event.

Kicking off on Saturday, August 10, the impressive line-up for the third annual Homelanz has been deemed the best yet, with 15 bands spread over three stages. You’ll have the chance to listen to everything from acoustic surf- rock and tribal rhythms, to emo and funk-soul while gorging on southern hemisphere food and drink from the likes of SANZA, Limpopo, Tasty Cakey and the Antipodean Sommelier.

And, for the first time, Homelanz is teaming up with The Nomad Cinema to start the festivities the night before (Fri, Aug 11) with a screening of cult Down Under movie, Priscilla Queen Of The Desert. 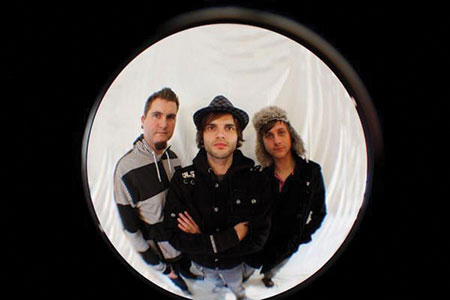 Playing the following day will be Desmond And The Tutus and Munkinpure (above) in the Saffa corner; Blue King Brown from Australia; and for the Kiwis, I Am Giant will be performing on the Global stage, with the main stage graced by Tahuna Breaks, who TNT caught up with ahead of the festival.

“It’s our debut as a band in the UK,” frontman Marty Greentree (guitars/vocals) says of what is the seven-piece heavyweight’s first show on British soil. “So the challenge is playing to a new audience in a new location and winning them over. Although they may have heard of us, the majority, I suspect, haven’t seen us live before.”

The Aucklanders, named after their hometown street, have been plying their trade in funk and soul-influenced dance-rock since 2005, and this year released their critically lauded third LP, Shadow Light – a huge step towards big production-sounding pop. 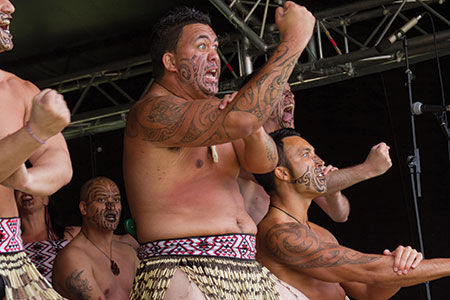 “We’ve learned not to over-complicate things and to focus on our strengths,” Greentree says of the album that swiftly became one of their most well-praised.

So does having seven people with different outlooks and styles make for a complicated writing process? “For sure. It’s just part of the territory when you have seven people involved,” he says.

“On the last album it could have turned out seven different ways and arguably, had we had one ‘director’, it may have made for a more cohesive stylistically sounding album. But where is the fun in that? We have form for being all over the place.” 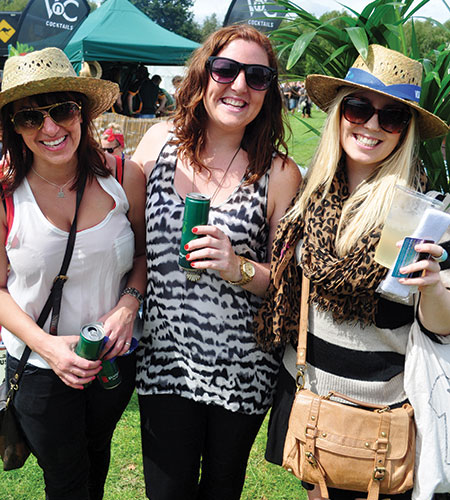 The album also sees the band fired up and playing to their strengths, too. “We just wanted to make an album that was upbeat and pumping and more in line with what we are good at,” Greentree explains. “Playing live and getting people in the party mood.” And that’s the band’s aim for Homelanz – getting everyone in a party mood.

Although the festival is more than just music, which will also see performances from London-based This Flight Tonight and Bowie Jane – there’s heaps of other entertainment, too. Check out the cultural displays, the rugby bus, the chill-out zone and the silent disco. Although, we know where we’ll be – see you at the front! 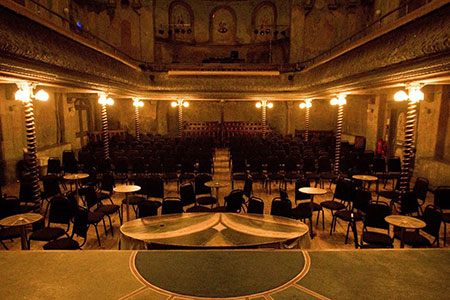 The crumbling Wilton’s is a brilliant venue even without live entertainment, beginning life as an ale house in 1743 before becoming a grand music hall in the mid-19th century. On Mondays you can often catch great world music for free in The Mahogany Bar, plus there’s ‘pay what you can’ aperitivo. There’s also a four-day Global Beats festival starting Aug 14, with music from all corners of the planet (Senegal, Japan and Brazil, to name but a few). 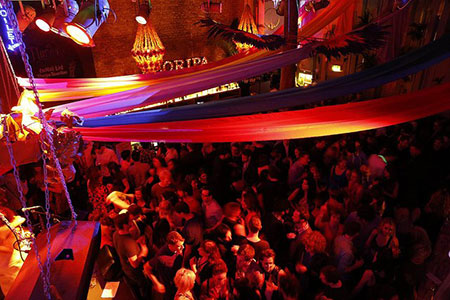 A brilliant Brazilian-themed bar (above) sitting pretty among the gritty madness of Great Eastern Street, Floripa not only serves up mean cachaça-heavy cocktails and Latin flavours, but also lashings of live music every week, getting the punters dancing on tables. DJs spin Latin and house tunes this Saturday and Brazilian beats ambassador DJ Cliffy will kick out the world music for a Floripa Bloc Party on July 19. We also have to mention the rap/ opera fusion night (July 23), for sheer peculiarity. Plus, it’s free!

London’s multi-arts monolith prides itself on a diverse programme, and also collaborates with other venues to bring shows to the Big Smoke. One such gig is a night of Brazilian sounds at Village Underground on July 25 – see the Barbican’s website for more details.

This Thirties-style live music brasserie specialises in gypsy jazz, a largely French-influenced form of the genre. There are live acts most nights of and a menu of Parisian-style food to go with them. 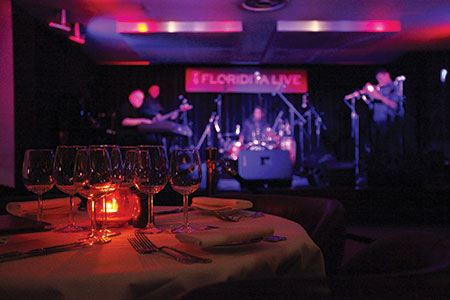 Based on a bar legendary in Havana over 150 years ago, there’s live Latin here every night.

This rather worthy outfit puts on a mixed bag of events every week, from “conscious film screenings” (rather than unconscious ones?), to spoken word and hip hop showcases. This Friday there’s Venezuelan Latin ska. Also look out for an evening of African and Mediterranean music (July 20) and a reggae and Afro-jazz special on July 27.

This famous North African restaurant (there are also branches in Paris, the UAE and Beirut) puts together a regular rota of Afro-infused live music and DJ sets, with it all going off in the eatery’s basement bar, Kemia. The last few weeks have seen shows from Brazilian diva Tulipa Ruiz and an Africa Shock party. If this sort of stuff is your bag then keep an eye on the website, as acts are announced frequently for the upcoming months.

With theatrical productions, literature events and musical performances, such as the forthcoming King’s Place festival, this leftfield leaning arts and culture hub comes up trumps. Top nights not to miss include Finnish experimental band Oddarrang (Sept 13), and the London Klezmer Quartet who celebrate the soulful music of pre-war Jewish Central Europe. Diverse. 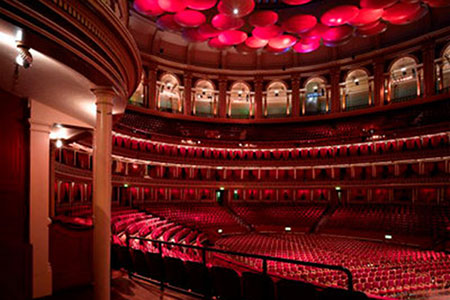 This stunning 19th-century building (above) is most often associated with heritage rock acts like Eric Clapton, classical performances and the Proms. It also, though, hosts regular world music shows, from African beats to atmospheric jazz performances and European traditional folk music recitals, even. Nights not to miss over the summer are the Gospel Prom (July 16) and Caroline Loftus and F.R.E.D whose Ignite Brunch salutes 1950s Havanan sounds (Jul 21, 12pm). 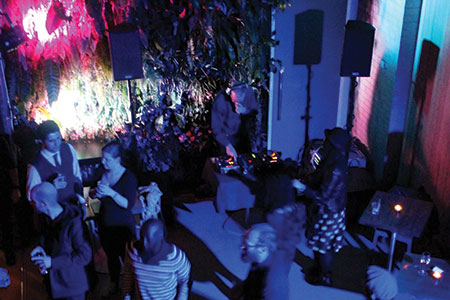 To most people, Camden means ripped jeans and London’s alt-rock history – before all the cool kids went and moved out east, that is. This music and arts hub, though, a mere stone’s throw from the Tube, has Afro-Latin-jazz-funk-soul-Brazil music every week at Friday club night Forgery. Wicked worldly sounds, and it is totally free.

There are weekly Masti Nights held at this south London restaurant, with a traditional Indian band performing every Thursday. Spicy.

It’s a former pharmacy-turned-restaurant that serves up some tasty flamenco vibes on the last Friday of the month courtesy of Juan Ramirez, with some top music and dancing to accompany your paella. Book in advance. 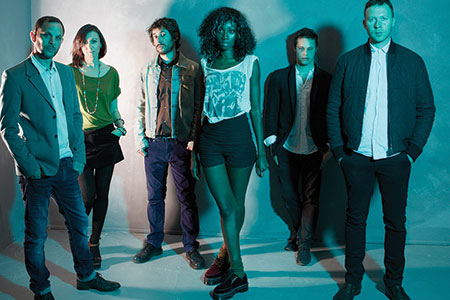 The legendary Ronnie Scott’s has been bringing the finest jazz sounds to London for more than 50 years. Its Latin night, Viva La Revolucion!, has been running for four, and is the best place to catch the top artists – along with the houseband and special guests – from the UK scene.

This multi-artform venue prides itself on spanning the length and breadth of the artistic spectrum and frequently sees world music stars step through its doors. Next upis an evening of live music celebrating 100 years of Bollywood (July 28), and soul and jazz singer Ola Onabule (Sept 27), whose soulful music references his African roots.

This independent music venue and veggie restaurant is the sort of thing hipster-skewering Portlandia finds so funny. It is also quite ace, too, though. The Green Note’s morals are commendable, the musical line-up takes in everything from folk and blues to roots, world and jazz.

Don’t miss Mosi Conde from Guinea’s leading ‘Griot family’, who will be playing a contemporary set first then a traditional set with his band, Kaira Kora Africa, on July 19 – and you can munch on a falafel burger and wash it down with organic tea while you dance.

The Tignes ski resort in the French Alps