Super League leaders Wigan take on Widnes Vikings today (July 15) in the Challenge Cup quarter finals.The 2011 knockout champions have set the benchmark so far this year in the UK premier rugby league tournament, and will be keen to keep their campaign going for the double (on Sky Sports 1 at 8pm). As far as history goes in the Challenge Cup, Wigan are streaks ahead of the rest having won the trophy 18 times, compared to the next best, St Helens, on 12.

While the big Premier League clubs are traipsing around the world picking up whopping cheques and building their international brands, including  Liverpool playing in Melbourne, Crystal Palace is staying in London. Newly promoted Palace is basing all of its pre-season friendlies within striking distance of their west London base ahead of their return to the top flight.

Ian Holloway’s men, who won promotion in the play-offs from Watford, will start their pre-season campaign in east London on July 20 at Dagenham & Redbridge before matches at Gillingham in Kent on July 23 and Crawley Town in west Sussex on July 27.The side who boast Aussie Mile Jedinak at the heart of their defence also play at Waterford in Hertfordshire on August 3 and on August 6 against Dulwich Hamlet in Southwark. Visit cpfc.co.uk for tickets. 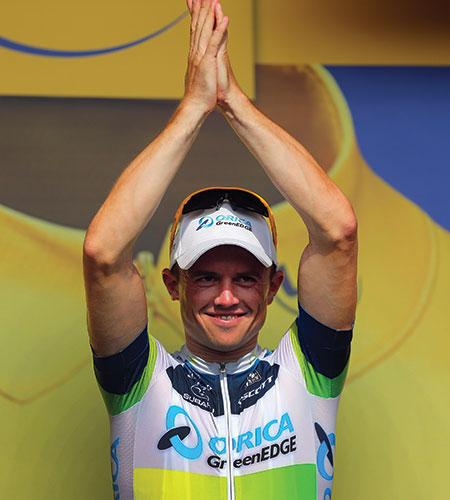 Doesn’t matter what happens in the final week of the Tour de France, it’s been a demon debut for Orica Green EDGE.Sure, Chris Froome will likely take the biccies, but a massive nod must go to the Australia-based team.

After avoiding the drama of the first stages, OGE won stage three through Simon Gerrans. The next day they won the fourth stage in the team time trial, a cracking effort which gave Gerrans the yellow jersey.The Aussie held the coveted colour for two days, before sacrificing himself to hand the same jersey to his teammate Daryl Impey. 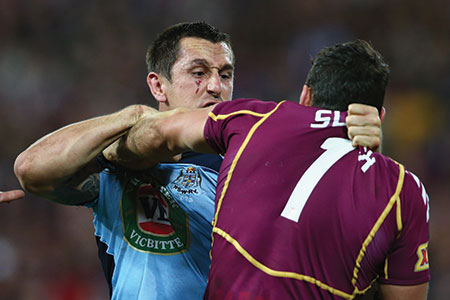 Laurie Daley’s New South Wales team dominated the first, but the second saw Queensland return to dominance. It sets up a beauty for this Wednesday morning at ANZ Stadium in Sydney as NSW try to end seven years of dominance from Mal Meninga’s men.

Every talking head has promised there will be fireworks. And it’s not just the big forwards such as Paul Gallen, who got a match suspension for punching his opposite number Nate Myles a few times in the first one – Blues halfback Mitchell Pearce, criticised for poor performances so far in the series, has said he’s going to “come after” Queensland and Australia fullback Billy Slater.

They might be better served by playing footy, as the NRL is taking a dim view of the biff that so many commentators and fans seem intent on bringing back. Maroons outside back Brent Tate, who copped a cheap shot from Blues enforcer Trent Merrin that led to a scuffle and four players in the sin bin in game two, agrees: “I have always been a believer that what happens on the field stays on the field,” he said. He’s right on that, except for the bragging rights, they’ll last forever.

Travelling as a Career