Over the ensuing centuries, through new innovations and continued refinement, athletes have become faster, stronger and fitter, bringing us to the finely tuned physical specimens, the Rolls-Royces of our species, we see at London 2012.

A new exhibition, Designed To Win, at London’s Design Museum, showcases sports’ major technological advances, some popular, others not so, that have allowed history’s sportsmen and women to achieve excellence in their fields.

Here, we’ve picked the highlights for you to consider – if you can draw yourself away from the TV for a few minutes.

Speedo’s controversial line of swimming suits was launched in 2008 at that year’s Beijing Olympics, where 94 per cent of all races were won by athletes donning the LZR Racer.

By August 2009, 93 world records had been broken by swimmers wearing it, prompting major investigations and allegations of “technological doping”.

The suit provided the muscles with improved oxygen, and held the body in a more hydrodynamic position, while repelling water and increasing flexibility.

Wow! But when swimmers started wearing two or more, smashing world records in the process, swimming governing body Fina stepped in and banned them. 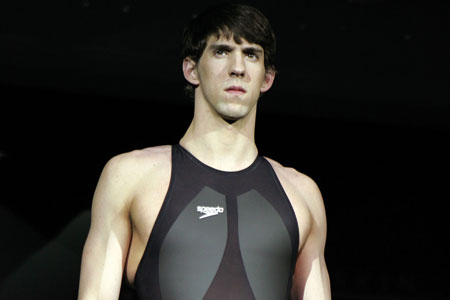 Attempts to change anything about the shape of a cricket bat have usually been met with hostility by the game’s fraternity. Australian fast bowler Dennis Lillee infamously used an aluminum bat in a 1979 Test against England, nobody suspecting what he was up to until he managed to hit the ball.

The strange noise created led umpires to inspect, and Lillee was forced to change his weapon. It was banned soon after. Bats remained orthodox until 2010, when the Mongoose was introduced, its blade 33 per cent shorter than a conventional one and its handle 43 per cent longer.

Australian Matthew Hayden scored 94 from only 43 balls using the bat in a 2010 IPL T20 match, and soon after, despite opposition from traditionalists, the games governing body declared the Mongoose legal for any form of cricket, from Tests down, worldwide. However, the majority of players reject the Mongoose, preferring to keep it old school. 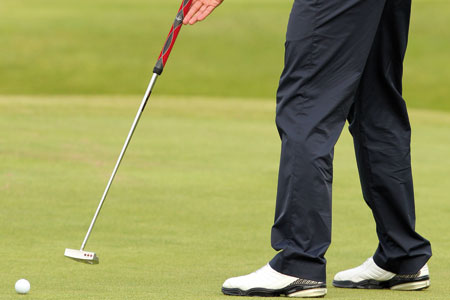 Tiger Woods and Arnold Palmer hate them, but until recently, the long putter was rare in golf. However, when Keegan Bradley won the 2011 Open using one, the golfing world began to take notice. Ernie Els won the British Open using one this year, while runner-up Australian Adam Scott lost using his.

The handle on the long putters are up to 130cm longer than a traditional putter and is used to anchor the club to the golfer’s chest as he or she shoots for the hole. Golf currently allows the long putter, although some players refuse to buy into the new technology, instead beating their drums louder for it to be banned. 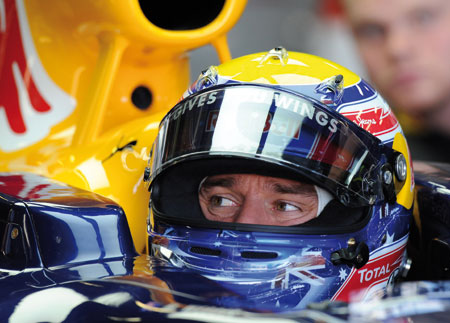 Proper sports eyewear didn’t really exist before the Eighties, athletes instead having to choose between plastic, which offered extremely poor clarity, or sunglasses with real glass, which heightened the risk of shattering.

In 1984, however, Oakley, started by American Jim Jannard in his garage and named after his dog, introduced the Eyeshade, eyewear that utilised Plutonite, a special polycarbonate blend, to maximise visibility while increasing impact protection.

At London 2012, many athletes can be spotted using the company’s RadarLock eyewear, an innovation that eliminates all optical distortion, provides more strength and offers more protection from the sun’s rays. Plus it makes them look pretty cool. The future (and present) has never been clearer. 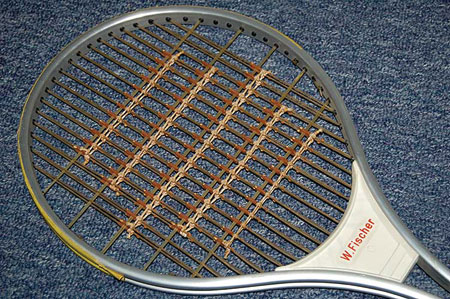 The double-strung tennis racquet was first sighted in 1977, but was soon banned due to the excessive spin it generated. Romanian Ilie Nastase used what became known as the ‘spaghetti-strung’ racquet to end the 57-match claycourt winning streak of Argentinian Guillermo Vilas, who was so confused by the spin, he threw a tantrum, storming off court and forfeiting the match.

In 1978, the International Tennis Federation banned the spaghetti-strung racquet. It remains the only attempt to limit a technological advance in the sport.

Without the Flex Foot, we wouldn’t have seen Oscar Pistorius at London 2012, nor half the athletes at next week’s Paralympics. Pistorius’s carbon-fibre Cheetah version was so well designed, it’s hardly been changed since its 1996 invention. The latest prosthetic technology from Flex Foot will be showcased at the Paralympics.

It features an interchangeable running sole, with layers of thermal cushioning and air pocket that wrap around the carbon-fibre blade. Previously, athletes had to cut regular shoes to fit, the homemade enterprises invariably failing at crucial times. 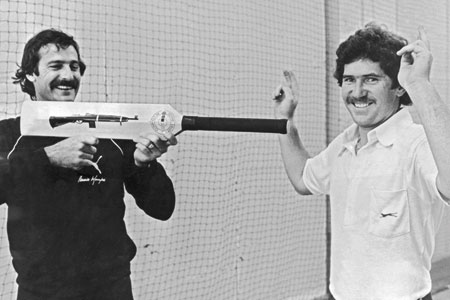 Imagine trying to use your naked eye to decide who won an Olympic race; it would be impossible. But until 1932, when Omega was made the Games official timekeeper, things were pretty much like that. Initially, just a stopwatch was used (quite sophisticated for the time) but things quickly developed.

By the Forties, electronic timers were used and the Fifties gave rise to photo-finish technology. By 1960, the live time of each competitor was superimposed on a large TV screen, leaving no margin for error. At London 2012, Omega used new Quantum timers capable of recording up to 16 competitors at once, to an accuracy of one-millionth of a second.

If Omega says you’ve lost, or broken a world record, chances are extremely high that you have.

The NBA originally tried to ban Michael Jordan’s Air Jordan shoes for a lack of white (it didn’t work) but they scored a victory in 2010 against Athletic Propulsion Labs’s Load And Launch shoe. Each shoe features eight springs that store energy from downwards pressure and then release it on lift-off.

But when tests revealed wearers could leap an extra 9cm in the air, the NBA outlawed the shoe, giving the company the ultimate seal of approval that their product worked. Maybe the professionals can’t use Load And Launch, but it will change street ball for ever.

When female F1 driver Maria De Villota crashed at 200mph in a test run at Cambridgeshire last month, not many gave her a chance of survival. However, it appears her helmet saved her life.

They may look much the same as they did years ago, but the advancement of F1’s headgear is all below the surface.

Head and neck trauma is high on the list of the FIA’s major concerns for drivers and, as such, just as much work goes into helmets as it does their cars.

Modern-day helmets contain materials used in bulletproof vests, with impact-absorbing plastics and fireproofing also employed. The visors are anti-fogging and have transparent layers that a driver can rip off if it becomes dirty.