Sports opinion: Ricky Ponting is better than Bradman, for this modern-day fan

In the tributes to Ricky Ponting since announcing the third Test against South Africa is his last, he’s been too easily put as second best behind Donald Bradman.

If I was writing the list, it would be the other way.

Controversial, perhaps, but from my perspective, it’s no contest.

I’ll admit to being quite one-eyed when it comes to Punter – as a kid, for some reason, I nicknamed the plucky Tasmanian ‘God’. As a beer-appreciating adult in a sports-nut sharehouse, I crowned the fringe Punter. I’m a fan, but numbers don’t lie.

I know no one who saw Bradman play, or who can tell me the bowlers he faced were any good – and I’ll bet most of you don’t either – but between 1928 and 1948, I’m certain cricket was nothing like it was between 1995 and now.

Certainly not as professional.

Sure, Bradman’s average was 99.94, but in 52 Tests (37 of them against England) and 80 innings (10 of them an average-inflating not out) he never faced a Dale Steyn or Morne Morkel.

You throw out the uncovered wicket argument, fair enough, but I suggest any games which routinely resulted in 600-plus scores can’t have been that treacherous.

I have seen Punter bat, lots, in all sorts of conditions, against a range of attacks, since he was robbed of a century on debut by an LBW shocker on 96 in Perth 17 years ago.

He’s only second to Sachin Tendulkar for most Test runs, with 13,336, is equal with Jacques Kallis (best player ever for mine – visit howstat.com.au to see why) on second for most times past 1000 runs in a year.

But stats are bullshit for the real value of Ponting. Fact is, he should’ve gone a while back.

This year’s average of 49 is his best since 2006, by some way, yet he’s not playing well enough for him.

A great batsman, leader and highlight reel contributor, I’ll most miss his fierce hunger for the contest in an era when a ball on the chin is expected, not a scandal. 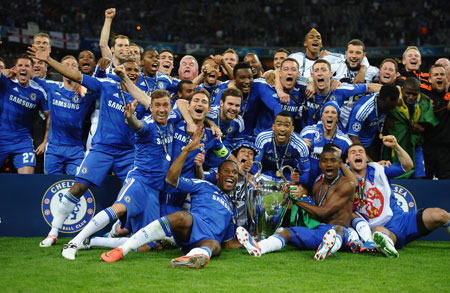 Chelsea has the blues: who cares?

There is sweet FA to endear anyone outside Stamford Bridge to Chelsea at the moment – on or off the field.

Fans have been petulant babies since Roberto Di Matteo was sacked, booing his interim fill-in Rafa Benitez because he’s not Di Matteo and for something he said at Liverpool.

Seems disrespectful to the colours worn so proudly when a billionaire buys championships to spend your own hard-earned jeering your own team.

Then there’s the snore ball played under Benitez, who’d rather not lose than win games with the gazillions of pounds worth of talent he has at his disposal.

Worst of all, is the arrogant handling of the Mark Clattenburg saga, calling him a racist to everyone who would listen, sprouting to the media before allowing an investigation, and then giving a less than half-arsed apology when police and the FA found the referee had no case to answer.

Agree or disagree? Is Punter better than Bradman? letters@tntmagazine.com