Squirrel with giant nuts is Great British Bake Off star

The Great British Bake Off was spiced up with some X-rated footage of a squirrel with huge nuts and the story is still causing mirth on the Twittersphere.

As Joanne Wheatley was crowned queen of the TV cake show, the well-hung squirrel made his full-frontal appearance.

The furry rodent has been a running joke throughout the Great British Bake Off series and producers were unable to resist inserting a clip of his impressive appendage into the final segment of the show.

Up to five million viewers tuned in to see Wheatley win the title, but her baking efforts were overshadowed by the squirrel’s nuts.

Several celebrities chimed in with comments about the furry frontal.

DJ Sara Cox tweeted: "Ha, my seven-year-old just said about your squirrel friend, 'I saw its willy!' Put some pants on squirrel!"

On Youtube, raggedyanarchist wrote: “He must be storing nuts for the winter. These are the ones he found on a pitbull!”

While comedian Josie Lawrence said: "Sorry, but I've got the squirrel on pause."

The decision by some newspapers to cover the squirrel’s manhood with the image of an acorn was met with derision.

Meanwhile on wesite cakewrecks.com, an Apple computer cake in tribute to Steve Jobs, who died today, has been posted by a baker who wrote: "I like to think this would have made him chuckle." 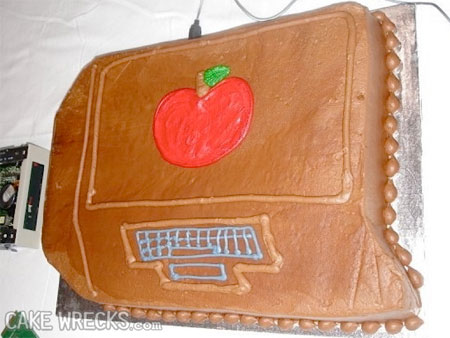 Other cakes on the site show that not everyone has the skills of Great British Bake off winner Joanne Wheatley. 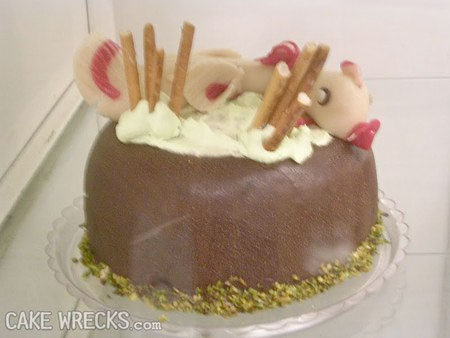 Not the Great British Bake Off winner

The Great British Bake Off

Police may get new powers after riots