North London’s finest Irish pub opens its doors with live music from 3pm, boiled bacon and cabbage, and barrel loads of Guinness. If you’re going to keep it traditional, this is a good start.

Featuring musicians, film seasons, literary events, and, on this weekend in particular, rugby watching (England host the Irish at Twickenham), the centre’s a home for Irish culture in the capital. As well as cheering the chasing of the oval ball, there’s music in the evening from Four Men And A Dog (above). The centre’s facing tough economic times, so get down there and support one of the city’s most diverse and engaging arts programmes. 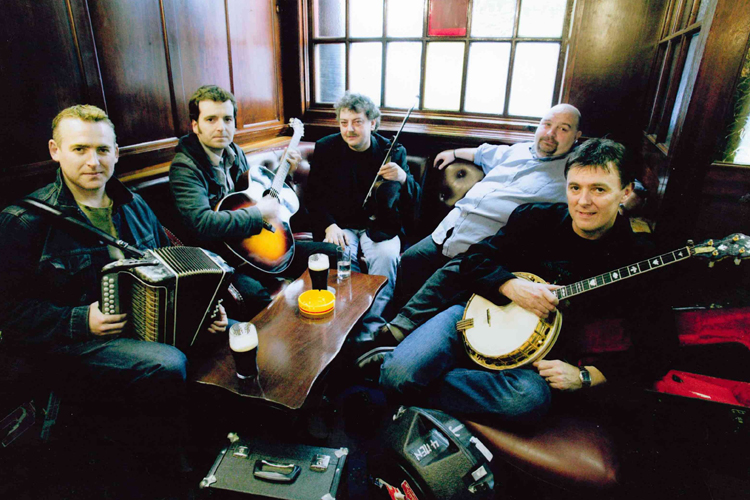 Celebrate in style with England v Ireland on the big screen, The Ploughing Dogs at 8pm and DJs from 10.30pm to 3am. £2 VKs and an ‘Absolut energy hour’ from 8pm-9pm will keep you in the party mood, with a best dressed comp for the one who goes the most green.

A stone’s throw from Leicester Square and Piccadilly Circus, this central pub is offering a free pint of Guinness in the week before the big day.

To get in the record books as the official, ‘world’s friendliest day’, Guinness is organising a host of events, including online pledges, to make March 17 extra nice and hug-worthy. So how do you prove that March 17 is the friendliest day out of the 366 jostling for the title this year? Guinness World Records – working with the much-loved drink company for the first time in 10 years – will have adjudicators (right) at Guinness events for the purpose of head- and smile- counting, and if the numbers tally, St Paddy’s Day will have another title. So join in, get down to one of the events, grab a pint of the black stuff and spread the love.

If singing along to The Pogues with a Guinness in hand is not to your tastes, then try this novel way to celebrate St Paddy’s Day: a medieval banquet fit for a king. St Katherine’s Dock banquetting hall is the setting for this veritable four-course feast, with the likes of slow-cooked beef, roast breast of duck and Irish whiskey on the menu. There will be Celtic singing by handmaidens, a broadsword duel, and Henry VIII in full Tudor gear to overseee the proceedings. Different, for sure.

There’s the usual array of Guinness offers at this high-end public house, with Oyster shooters, Irish nibbles and guest ales and stouts to quench your thirst and appetite. Chief reason to get down here, though, is to try your hand at the limerick competition. Stun, or mortify, your mates with your lyrical dexterity. There was a young lady from Tucker… 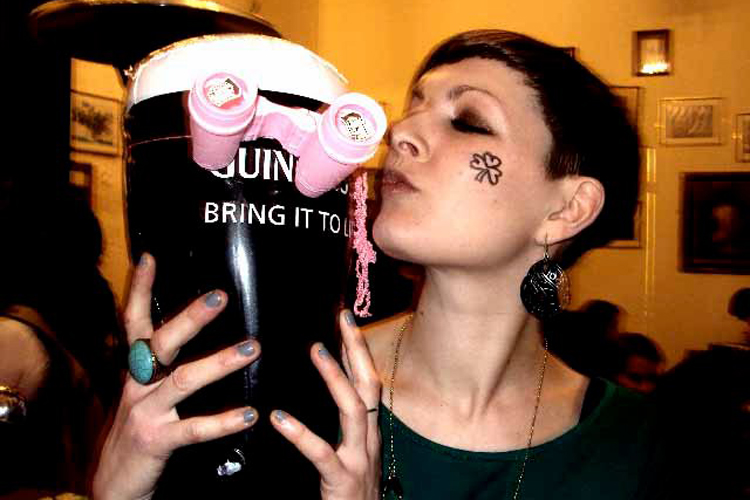 The biggest pub party going, Waxy’s underground drinking den hosts one hell of a knees-up. If singing The Dubliners while sloshing back the black stuff is your idea of a perfect Paddy’s Day, then look no further.

Celebrate St Patrick’s Day in style at this top London restaurant, recently reborn with a design makeover courtesy of Martin Brudnizki. The Rib Room specialises in British cuisine, and head chef Ian Rudge unveils a one-day-only menu with new spins on traditional Celtic dishes to honour the patron saint of the Emerald Isle. Rudge will feature his take on crubeens (pig trotters), roasted scallops for the fish course, and a hearty stew, followed by a Gaelic coffee.

The Roundhouse, Chalk Farm’s music and arts centre, hosts an all-day parade of Irish music, musings and culture. The Hootenanny (£2) kicks things off in the afternoon with folk from the likes of Oh Ruin and headliner Kal Lavelle, a beginners’ Bodhran (a drum with the power to soothe the soul) workshop, Blarney stone painting, and food stalls. Then, in the evening, there’s a headline performance by folk songstress Camille O’Sullivan (above).

The Globe Bar and the Napa restaurant in this Irish-owned hotel offer a hearty breakfast (£19), followed by the Six Nations’ final day, with a Celtic dinner menu and Guinness offers. Good craic!

The oldest Irish pub in London – it first opened its doors in 1605 – was the first place in the world to serve the black stuff outside of Ireland. This Fleet Street boozer oozes authenticity and tradition and Guinness, music and food.

The name of this infamous Islington boozer – billed as ‘just another pub’ – will have one of two effects on you. Either it turns you off (it’s not that filthy anymore, anyways), or it fills you with excitement, thinking of a good old- fashioned, down-and-dirty, all-day session. If it’s the latter, there’s cheap booze, and good music for the perfect Paddy’s Day.

This daily comedy club goes green for the night with Sean Hughes (right) taking top spot among a host of Irish comedians.

The biggest bar in all of London – 12 levels – this Irish institution has a weekend festival going on. Friday’s got live music from Snatch; Saturday has the Six Nations (with England v Ireland), a traditional Irish band in the afternoon and then multi-instrumentalist Aidan Burke. The pub is only five minutes away from the Sunday Parade and there’s also an Irish menu, too, with Dublin Coddle and bacon and cabbage, and the best ales and beers to boot. Seriously, all that’s missing is a leprechaun house band.

Trafalgar Square’s not the only place to catch a Paddy’s Day parade. This event in Brent – starting at the Willesden Green Library Centre – has music, food stalls and dancers, and there’s the George Irvin funfair in town, too, (Mar 16-18) at the nearby Roundwood Park.

Word up, singletons – you’re saving more money than all those sickening couples!