State of Origin 3: Streaker steals limelight from Queensland’s securing eighth series in a row with 12-10 win over NSW

Taking a win each into the decider at ANZ Stadium and with 83,813 spectators waiting with great expectations, the scene was set for a cracker and they delivered.

Queensland were first to silence the Sydney crowd, scampering over the line for a try after poor efforts to bring him down from James Tamou and Robbie Farah – the absence of injured prop, captain and defensive mammoth Paul Gallen was already being felt. Thurston converted with ease from in front to make it 6-0 after 10 minutes. 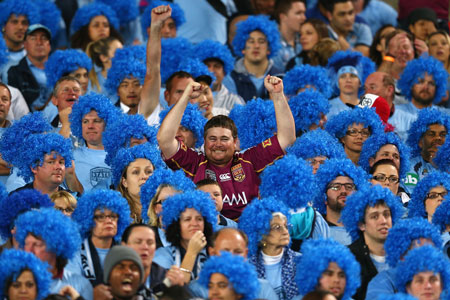 Laurie Daley’s men weren’t out of it yet though, and found opportunities to waste through a series of penalties that took them up the field.

When they got two new sets within the visitor’s 10m zone, they hit back through James McManus in the corner to make it 8-4 after 28 minutes. 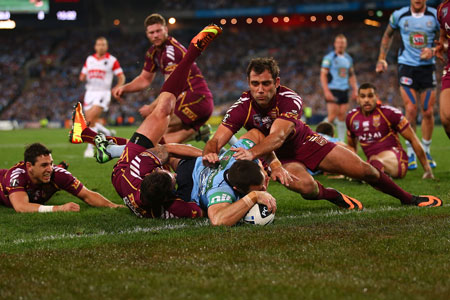 NSW finished the half with 17 of the last 25 sets of six and a 6-2 penalty count in their favour, but couldn’t convert the dominance into points – although a close chance from Josh Morris needed the video referee to disallow.

NSW gave the Maroons one gift too many when a Greg Bird penalty followed a handling error from Jennings in the 60th minute.

Cooper Cronk’s short pass found a rampaging Justin Hodges who smashed over the line to give Queensland a 12-4 lead with 20 minutes to go. 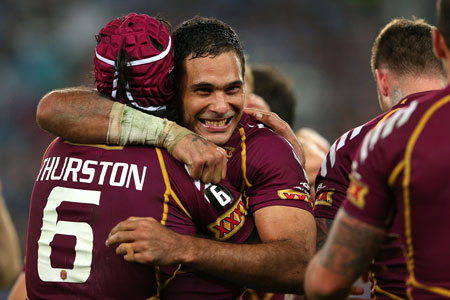 While the Blues forwards could get into good field position, the halves struggled for idea of how to break open the Queensland defensive line.

But they got a huge sniff when a charge down on a Mitchell Pearce kick gave them six again inside 10 minutes to go, it led to a simple move that put prop Trent Merrin over for what became a six-pointer. We had a 12-0 nail-biter. 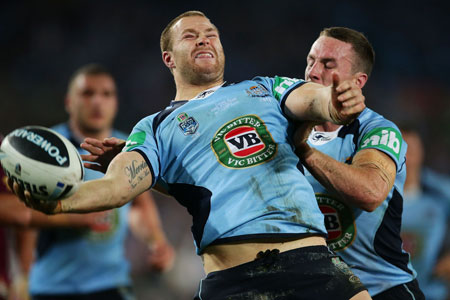 Then one of the more bizarre moments in Origin football came in the 78th minute at Matt Scott scored to the right of the posts after Queensland decided to play on around a massive, fallen streaker and the security guards who had finally caught up with him. 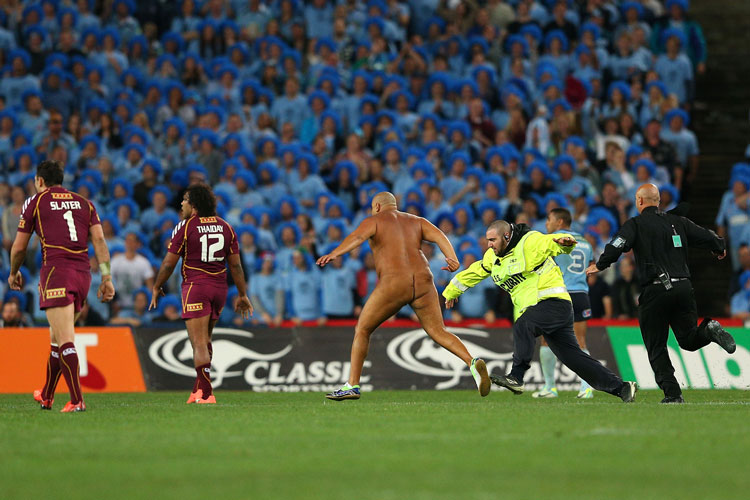 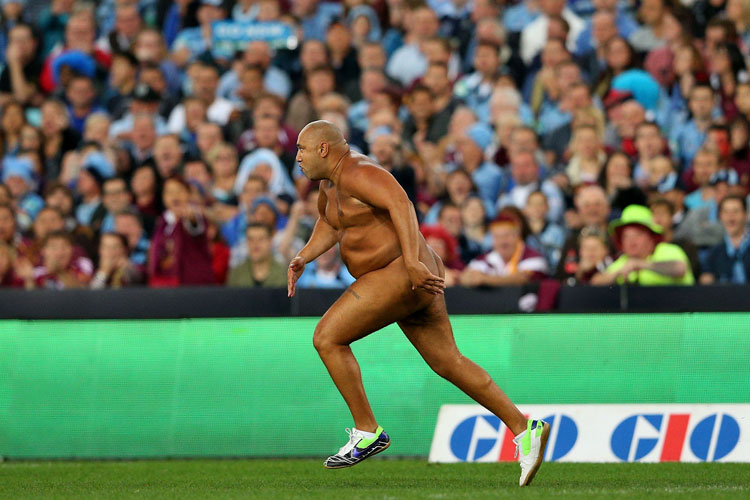 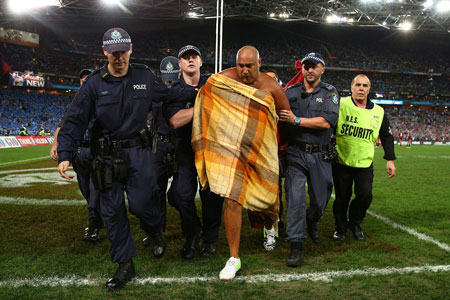 A no doubt confused video ref decided it couldn’t be a try and awarded a scrum restart.

And that was that. Queensland scrape in 12-10 while NSW have a year to contemplate what could have been … again.