The films have taken the world by storm, now you can find out where Stieg Larsson’s trilogy began on a book tour in Stockholm, says Xav Judd

Tucked away in a corner on Tavastgatan road, from the outside Samirs Gryta could be just any  other ordinary restaurant in Stockholm. Its name is emblazoned in thick white letters on a red canopy, which hangs down, casting a partial shadow over nondescript grey walls. Inside, steam rises out of dainty coffee cups and the flicker of white candles illuminates a black-panelled wooden and glass interior. A couple are sitting discussing a criminal conspiracy that could rival any of the theories surrounding the assassination  of President Kennedy. Suddenly, all hell breaks loose as a gunman with an automatic weapon tries do away with  both of them. But fiction is merging into fact, as I’m on the Millennium tourand my imagination has recreated one of the scenes from that eponymous trilogy  of novels.

Stieg Larsson’s The Girl with the Dragon Tattoo

Surely most people know the story behind these books by now, unless they’ve been hiding out in an igloo for the last few years.
They were written by Stieg Larsson,  a Swedish journalist and activist, mainly for his own amusement every evening after work. He did try and get the first in the series – The Girl With The Dragon Tattoo – published before his death from a heart attack in 2004. Yet, it wasn’t until twelve months later that this was achieved. Almost immediately, this cliffhanger and the subsequent The Girl Who Played With Fire and The Girl Who Kicked The Hornets’ Nest struck a chord with the public; combined global sales total of more  than £19m.
Such phenomenal success is no surprise, as the paperbacks and later films have some of the most fascinating characters ever invented. The heroine is Lisbeth Salander, a foxy, lesbian, computer-hacking vigilante who gives a new meaning to the term kick-ass. And her partner in crime is Mikael Blomkvist,  a dedicated investigative reporter and publisher (of Millennium magazine), whom Larsson has clearly based on himself.
Together, this pair of über-sleuths roam  the 20th century pastel townhouses, parks and cafés of Stockholm and further afield, trying to get to the bottom of various mysteries. And the Millennium tour leads me to several of these places, plus various other haunts from their world. 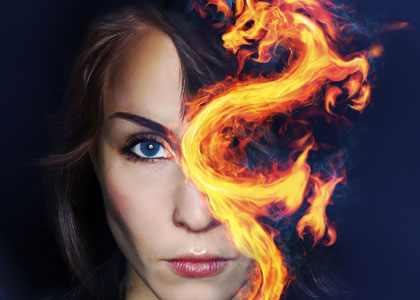 For the entirety of our tour we are based in Södermalm, an island and one of the four districts (the Innerstaden) which form the nucleus of Sweden’s capital city.
We begin on the enchanting narrow cobbled streets near Bellmansgatan 1,  the location of Blomkvist’s luxurious apartment. Other sites we encounter  in this, the most bohemian milieu of the whole city, are Salander’s flat, the Millennium office and the Mellqvist Kaffebar. In the latter, like much of the trilogy, reality and drama collide,  as Larsson actually used to visit for breakfast. And, indeed, similar to his  two main protagonists he knew a bit about being targeted for murder, as he was on a death list for exposing right-wing organisations.
Throughout our excursion, Elisabeth, our guide, also  tells us about historical and contemporary Stockholm and  its (830,000) inhabitants. This makes the whole experience  even more thrilling.

When to go: Tours in English  every Saturday at 11.30am. They last approximately two hours and cost  £12, usually finishing at the Stockholm City Museum, where there’s a small Millennium exhibition.

Getting around: There’s an underground system, trains and buses.

What are the dossing rules?