Archaeologists from Birmingham and Vienna have been studying the ancient site, using geophysical imaging techniques to ‘x-ray’ the ground.

A series of pits have been revealed, in line with the rising and setting sun, suggesting that prehistoric people attached religious significance to Stonehenge.

The celestially aligned pits may have once contained stones, posts or fires as a focus for sun worship. 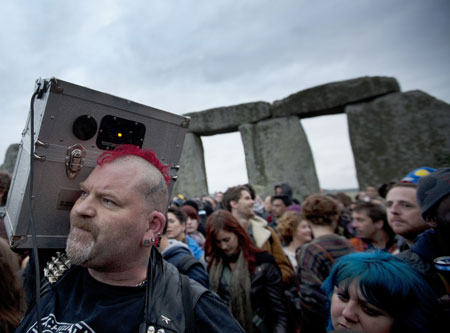 Scientists realised the pits were aligned with sunrise and sunset on the longest day of the year – the summer solstice (midsummer’s day).

Archaeologists are now trying to reconstruct the rituals that may have taken place at the site during prehistoric days.

It has been suggested that the pits could have formed a procession route for ancient ceremonies. The area is marked with parallel ditches and banks.

The latest discoveries hint that Stonehenge was being used as a religious site more than 5,000 years ago, the team said.

The University of Birmingham Stonehenge area survey will take a further two years to complete. 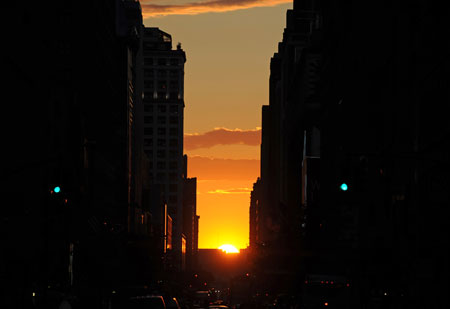 The sun sets along 34th Street in New York, aligning with the Manhattan street grid during ‘Manhattanhenge’ on July 13.

Skate at Somerset House with Mos

Appy Days: the best London apps to make getting around the capital easier