Minor scuffles broke out with police as hundreds of protesters refused to move past Parliament.

The National Union of Students organised the march which was supposed to move past parliament, over Westminster Bridge and gather in Kennington for a rally. But a splinter group tried to break away from the planned route reports the Evening Standard.

One student on Westminster Bridge said: “They took away our education so we took away their bridge. We want to stop at Parliament where decisions are made. They won’t let us so we have taken over.” 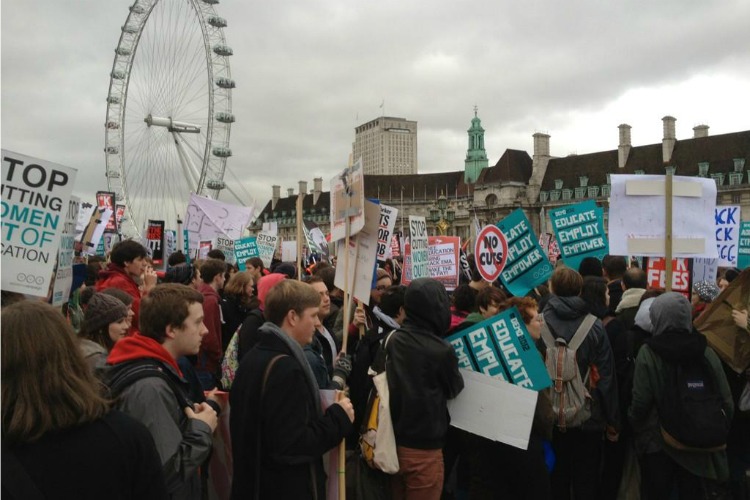 Around 40 masked students tried to break through the police line at Parliament Square chanting “We won’t go south of the river.”

The NUS protest was against the increase in financial burdens being put on undergraduates as well as to highlight lack of job opportunities for the young and education funding cuts.

Estimated numbers of demonstrators were in the low thousands.

The weather is deadly. Half the demo is now crowded into a tiny coffee house in Kennington Park #demo2012

Wicked day at #demo2012 thank you to all those who made it happen,so proud to be part of such a passionate generation,we will be the change

Swiss driver of fatal bus crash may have had heart attack

Top travel agents: Who to book your travels with