Summer in London: events and openings

Special things happen in summer, especially in London. Make sure you don’t miss out on all these big events and openings.

This is your chance to nosey around Queen Betty’s house. While it’s unlikely you’ll run into Prince William having tea with his grandma, you will be able to openly ogle the opulence of the State Rooms – the heart of the working palace.

They’re open for just eight weeks a year during summer and are lavishly furnished with some of the greatest treasures from the Royal Collection, including paintings by Rembrandt, Rubens and Canaletto.

This year’s special exhibition is The Queen’s Year, which highlights some significant events on HRH’s calendar, such as the State Opening of Parliament and Trooping the Colour.

An hour-and-a-half tour takes in 19 state rooms, the exhibition and the Palace Garden – home to 30 bird species and more than 350 wild flowers, some extremely rare.

The setting for this epicurean delight is lovely Regent’s Park, so you can (hopefully) get a dash of sunshine with your gluttony. There will also be cooking demonstrations, tastings and the opportunity to upgrade yourself  to a VIP, darling.

The big kahuna of the summer art calendar is the Royal Academy Summer Exhibition, now in its 242nd year of showcasing work by both emerging and established artists in all media, including painting, sculpture, photography, printmaking, architecture and film.

This year the theme of the exhibition is ‘Raw’, and the majority of works will be on sale.

Get some “kulcha” into your life this summer at the celebrated annual City  of London Festival. The three-week programme brings the City’s unique buildings and outdoor spaces to life  with an extensive artistic programme  of music, visual arts, film, walks and talks (much of it free).

While a lot of the festival involves music, there are plenty of other activities, including a project in which 21 pianos are placed around the City for anyone to play. To mark the International Year of Biodiversity, the festival will also set up beehives throughout the City.

If the expenses scandal has made you think you could do a better job than the MPs, don’t miss this opportunity to scope out a new office.

The tours run for about 75 minutes and follow the route taken by the Queen when she performs the State Opening of Parliament. It also includes the Lords and Commons Chambers, Westminster Hall, the Queen’s Robing Room, the Royal Gallery, Peers’ Lobby, Central Lobby, Members’ Lobby and St Stephen’s Hall. 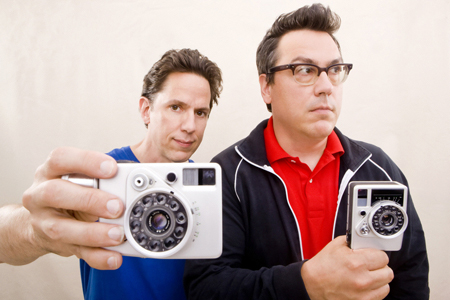 Channel your inner geek at See Further: The Festival of Science and Arts, which celebrates the 350th anniversary of the world renowned Royal Society. This  10-day festival at Southbank Centre  will explore the relationship between science and art.

Nerdy but cool band They Might Be Giants perform as part of the festival at Royal Festival Hall, but there’s also the chance to get involved in loads of other events inspired by science.

Have yourself a merry English Christmas