The strength of sterling looks set to play a pivotal role in holiday destination choice according to a new report from Post Office Travel Money. The 10th annual report reveals that three-quarters of the Post Office 40 bestselling currencies are weaker against sterling than a year ago and holidaymakers will benefit from the marked impact this is having on tourist prices in many of the world’s most popular resorts.

Portugal’s Algarve tops the barometer chart as the cheapest destination for UK tourists for the first time in five years. With prices down over 18 per cent year-on-year, the Algarve is one of eight European destinations that dominate the best value top 10 for the second year running.

Registering a similar 18 per cent price fall, the Bulgarian resort of Sunny Beach is a close runner up. By contrast, some local shop and bar prices have risen in the Costa del Solso the gap between fourth-placed Spain and the two chart-toppers has widened.

Prices in Cape Town are down 20 per cent, one of only two long haul destinations to make the leading 10 destinations.  As a result of the great strides made by sterling against the rand in recent months, the city has powered past Bali to make it lowest-priced of 32 long haul destinations surveyed and third cheapest overall.  With sterling now worth 28 per cent more than a year ago, equating to £111 extra cash on a £500 currency purchase, Post Office Travel Money has chosen South Africa for its 2016 hotlist. 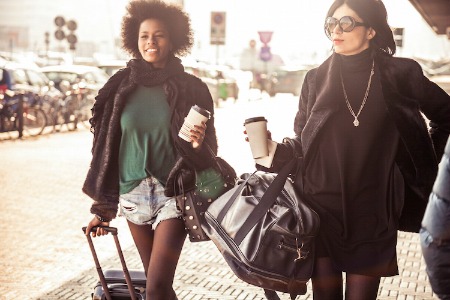 Bali retains its top 10 position but local prices are on the rise. Although sterling’s continuing strength against the Indonesian rupiah cushions the blow, barometer costs have risen nearly six per cent, resulting in Bali’s fall to eighth in the table.

There have also been price increases in Prague, last year’s best value destination. Rising meal costs have made the Czech capital almost 14 per cent more expensive year-on-year and resulted in its fall to seventh position, just below city break rival Budapest. Prices are on par with 12 months ago in Hungary’s capital but its weak currency means that Budapest is almost four per cent cheaper than a year ago.

Three Eastern Med resorts – Marmaris, Paphos and Corfu – fill the remaining top 10 places. Corfu is a new entry, rising to 10th place from 14th last year on the strength of lower meal prices, which have helped to make the Greek island over 19 per cent cheaper than a year ago.

Just outside the best value top 10, barometer prices have dropped 18 per cent compared with a year ago in Tokyo (£46.58). A combination of falling prices and the weak yen are making the Japanese capital far more affordable for UK tourists.

In over his head: Indian journalist in trouble after filing a report on deadly flooding while perched on victim’s shoulders

How to Not Look Like An Idiot at the Casino