Or, it’s a loud sea of vomit, garbage and, in worst case scenarios, blood, that’s near impossible to get home from. The Notting Hill Carnival is a divisive beast, but for the majority it’s among the most anticipated parties on London’s fest calendar.

The festival that’s run in some form since 1964, first as a peaceful rally for race relations organised by the West Indian community, boasts 300 stalls, steel drum and sound system music blaring, and an epic parade through the streets of Richard Curtis’s favourite hood. Here’s what you need to know about the eats, drinks, tunes and more… 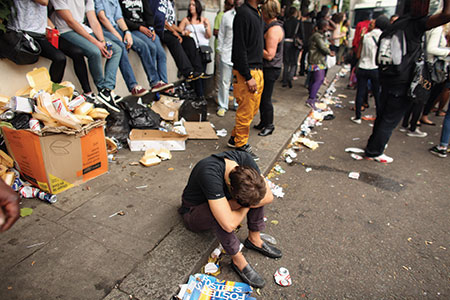 Why they’re wrong: It doesn’t have to be this way. While jammed pubs serve other stuff, Carnival is all about imbibing one of two things – cans of Jamaica’s fave lager Red Stripe from an offie, convenience store or enterprising local (not exactly legal) or fruity rum punch out of a plastic garbage bin from a street vendor. Beware the punch. Some vendors are stingy on the alcohol but the 25,000 bottles of the dark stuff drunk during the day has to go somewhere, so be careful. 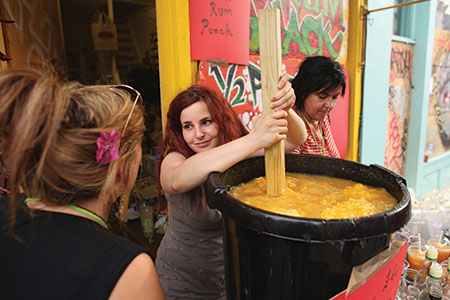 What haters say: Dirty chicken sitting out all day – a great way to get Tuesday off work with an acute case of salmonella.

Why they’re wrong: While the many stalls at Carnival with barbies look a bit rough and ready, they have to have been approved for a permit and have paid to be there. And if they’re especially dodgy, they’re shut down, fined or lose their right to be there next year.

More importantly, they’re cranking out seriously tasty, spicy, Caribbean goodness that’s more than worth the risk and kicks a kebab’s butt every time – jerk chicken with rice and peas or curried goat are the must-haves, and make awesome stomach lining for that punch. 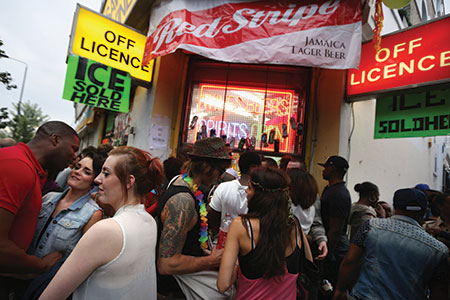 What haters say: A motley rabble of bodily protuberances and indistinguishable cleavages performing a bad parody of Brazil’s Carnival and clogging the roads up.

Why they’re wrong: Primarily, such grievances are bollocks, plain and simple. London’s streets are morbidly grey almost all year round, so when Notting Hill turns London’s depressing colonial history into a celebration of its encouraging multicultural present, in a fashion more glorious and honest than any state-organised inclusivityfest, it should be applauded. The parade is the centrepiece of the whole shebang – a trail of energy, music and Londoners. As with most parade advice, get there early to get a good spot. 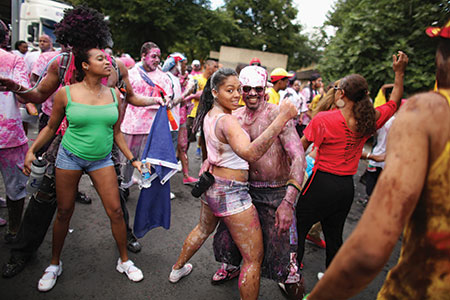 What the haters say: It’s just bloody noise. It sounds like angry men trying to out shout an army of pubescently warbly moomins screaming threats into a megaphone, to a bassline that sounds like auto-tuned exploding planets.

Why they’re wrong: They’re not entirely wrong, the basslines do sound like auto-tuned exploding planets, but in a really good way. That, however, takes a narrow view; like most festivals, the aural offerings at Notting Hill are as diverse as you could ask for.

From this year’s big name acts The Marley Brothers, Disclosure and Wookie, to the plethora of sound systems, steel drums, samba troops and Latin tunes, if you can’t find something you’re into, maybe music just isn’t for you?

Things are even more varied when it comes to the cacophony of Notting Hill after parties taking place across London throughout the weekend. Idris Elba is hosting a shingdig at Love And Liquor and for those having to scarper back north, The Hot Carribean Carnival will be immense fun at the O2 Academy Islington. See tntmagazine.com for full after party listings. 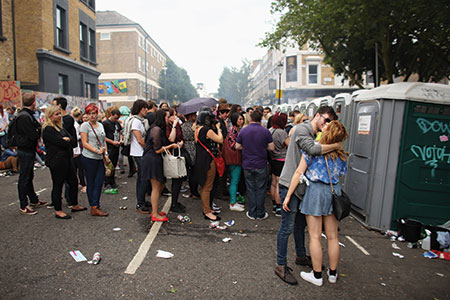 What haters say: Wear a stab vest, take nothing of value and you better not be shy about pissing behind a tree.

Why they’re wrong: We can’t defend the toilet issue, but when you’ve got a million or more people packed into a few blocks it’s going to make a music fest look comfy.

Plan your toilet stops if you can (Red Stripe isn’t your friend here), as you’ll have to line up and hold your nose once you get there as the day goes on, or try your luck paying a smallish fee to use the lav of one of the locals who haven’t boarded up their windows and got out of dodge. While organisers do their best to keep rubbish under control, as the day draws on the neighbourhood looks like a tip. Get over it. 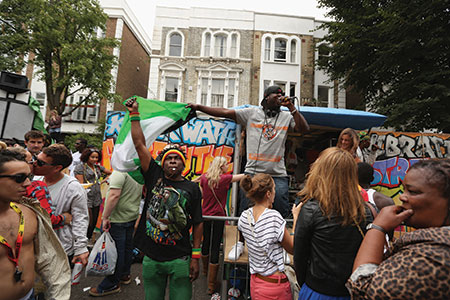 As for the stabby Carnival stereotype, it’s blown way out of proportion every year. But it’s a fact that crowds attract assholes. Police are omnipresent throughout the festival – 7000 of them made 299 arrests last year, mostly for minor stuff. That was 54 more than 2011, but not bad considering the crazy amount of people boozing in a largely unrestricted environment.

For the most part they add to the spirit of the day and are often seen tolerating being grinded on. If you’re wearing best jewellery or carrying your spare iPhone and it goes missing, serves you right, really. 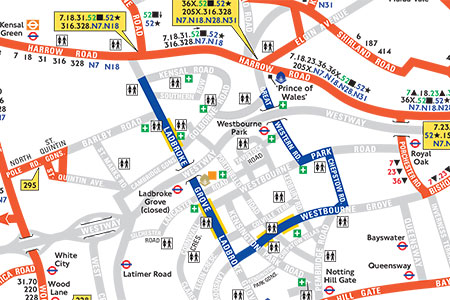 Notting Hill Gate: Exit only 12pm-7pm. Circle and District line trains will not stop and no change from Central line.

Are you mad? Roads that aren’t closed will be packed, and you can’t drive after a skinful of punch and Stripes anyway.

La-di-da moneybags. Enjoy sitting in the traffic and paying for every second, if you’re not refused by picky cabbies.
tfl.gov.uk

When to go to Russia