Sport opinion: Nathan Lyon gets kick in guts when he should be patted on back

“Well done. You’re our number one tweaker. Sorry for screwing you around with the experiment with the young bloke who we dropped you for after your last Test included seven wickets in an innings,” is what no one likely said to Nathan Lyon following his good showing in the fourth Test at Durham.

Certainly not Australia’s chairman of selectors, John Inverarity, who with every utterance hangs an axe over the spinner. Lyon will never be Warney, but he’s hard-working, consistent and after trying everyone else, the best we’ve got. But no, after being dropped in favour of Ashton Agar for the first two Ashes matches, he was brought back.

Player of the series already Ian Bell and prodigious Kevin Pietersen gave him some stick at Old Trafford, but at Durham he took seven wickets on a pitch doing little for him, fairly  economically, and when series dominator Graeme Swann didn’t.

Cue Inverarity announcing a squad of 18 for the the one-day and T20 series. No shock it didn’t include Lyon. But it did include Fawad Ahmed, the Pakistani refugee leg-spinner helped into contention by Federal Government legislation, not just as a squad member but as the “lead spinner”.

This was a kick in the guts for Xavier Doherty, who’s been good for Australia (45 ODIs to his name) in the short forms, and his average and economy rate over 145 List A (domestic one-day) games is better than Ahmed’s in 11 limited overs matches.

Inverarity’s baffling explanation for dumping Doherty is that he’s “very much a known quantity” and the national selection panel would like to see “how [Ahmed] fares in international competition”. So we’re trialling players in series in England now after being wiped winless in the Ashes? Doesn’t make a huge amount of sense, but not the least.

Ahmed is now “in contention” for the return Ashes in Australia, said Inverarity. Lyon copped being dropped for Agar like a champ, then repaid the little faith shown him in Durham.

Ahmed’s story is a cracker, but not so good to not give Lyon a shot at writing his.

» Agree or disagree? Has Lyon been kicked in the guts? letters@tntmagazine.com 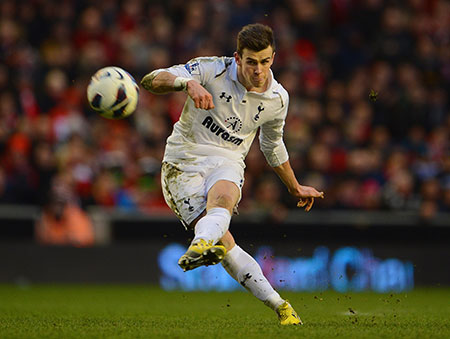 Transfer window stars in the soapie

How good was that?! Actual players running around on fields with a round ball, goals, some controversy etc – for a moment it drowned out that incessant transfer chatter we’ve had all summer.

The big deals are far from done, but when we went to press this is what has happened in the biggest ones – Gareth Bale plays for Spurs, Luis Suarez plays for Liverpool (when his suspension for biting Ivanovic is over in five games anyway) and Wayne Rooney plays for Man United.

Nothing’s changed. You’d think this not-so merry annual dance of players trying to get out of contracts they signed is getting old, but far from it.

Last week, BBC pundit Robbie Savage gave a list of tricks he and others have and do pull to force a move – sulking, faking injury, undermining managers, using media mates, starting rumours and more. It’s soap opera stuff that keeps pub chat flowing and for better or worse, it’s part of the game.