Survivor Vanuatu: How hard is it, really, to survive a tropical island full of tourist resorts?

I will call it… Minivan

Getting off the plane I’m engulfed by steamy, tropical heat. A traditional string-band – a group of about four musicians in traditional dress who sing infectious harmonies and play (you guessed it) string instruments – accompanies our trip through customs. Their music becomes the soundtrack for my entire holiday, blaring out of the many mini-vans that weave through the one main street in the nation’s capital, Port Vila.

I’m collected from the airport in one of the aforesaid minivans and taken to Tradewinds resort, a small but pretty collection of bungalows with tropical gardens and a pool (albeit a small one) located just a stone-throw from the lagoon and within walking distance of the “town” and the ferry to Erakor island (the wedding venue). 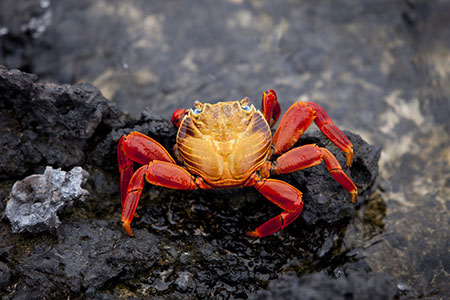 I’ve scored a studio bungalow for AUS$100 – bargain! After unpacking and checking a map, I head off down the street and hail one of the buses – yet another minivan but marked as a bus with a “B” on its number-plate. (The taxis are also minivans, but have a “T” on the numberplate. And cost more).

This is the kind of public transport I like – no confusing timetables or rigid routes – just hop on and tell the driver when you want to go and he’ll take you there for 100VT (about AUD$1.20) a trip (or 200VT to go to villages or out of town). After I jump off the bus and head down Port Vila’s one main street, the bus follows me, with half the passengers leaning out the window, shouting at me to come back. Seems I’ve left my daypack on the bus (containing minor things like, oh you know, passport, wallet, iPod and camera). 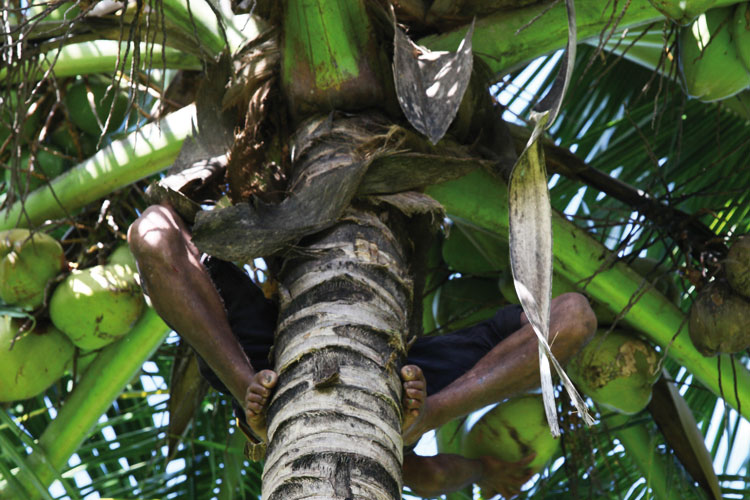 The town of Port Vila is basic, but the markets are fabulous and full of luscious organic produce as well as the obligatory sarongs and souvenirs, and racks and racks of muu-muus in a variety of colours but almost identical patterns. I admire but don’t buy. For now. The local goods made of natural materials such as wood and palm leaves look tempting, but I’ve been warned to be careful – if they haven’t been treated, they may not pass customs inspection and I’ll have to kiss my grass skirt and coconut shell bikini ensemble goodbye at the airport. Damn.

I also discover the local bakery, which becomes a daily destination, with pastries and baguettes being every bit as good a Parisian patisserie. Plus, the coffee’s awesome and cheaper than the overpriced stuff at the resorts. I even manage a few “bonjours” and the like with my high-school French. Although Vanuatu was colonised by the French, everyone speaks English (they also colonised bits of it) as well as Bislama, a Creole mixture of English, French and various languages of Vanuatu.

From Port Vila, I hail another bus to see a few sights – firstly the very pretty Mele Cascades, where for a small fee (about VT1500) a guide takes me up a hill through the rainforest to the famous waterfall. I swim in the surrounding waterhole, then stand under the waterfall for a photo opportunity, grimacing in agony as the water thunders down from a great height onto my back. 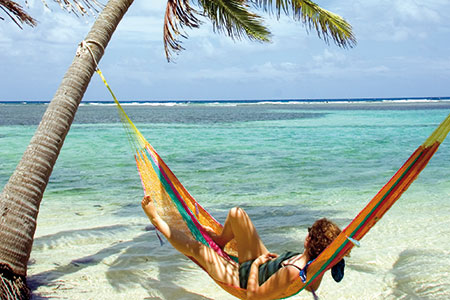 I then check out the Botanical Gardens, which include a bit of history about the islands and its people. It’s here I learn that cannibalism was once practiced in Vanuatu, with the last case of it reported as late as the 1960s. Thankfully the food’s improved since then. Imagine, if you will, the best of French cuisine, prepared with fresh organic produce, with a bit of a Pacific island twist (coconut, yams and sweet potato for example).

The big resorts have expensive restaurants attached to them, and it’s worth splurging on a fabulous meal every now and then. Cheaper restaurants like Ma Barker’s in the main town are also worth a visit for their delectable steaks and wonderfully tacky karaoke.

I take a ferry to Erakor island to meet my friend and her entourage of wedding guests at the local bar, Roxys. We order a meal and while it takes its time to arrive (service runs to island time – order early if you’re hungry) when it does it’s delicious.

The rest of the week is a blur of eating and drinking, lazing on the beach, having volcanic hot rock massages, eating some more, chatting with the delightful local people, wading through the crystal-clear lagoons and kayaking around the reef, more eating and drinking, a bit of island hopping and snorkelling, and a bit more lazing. Oh, and a wedding (which was lovely). And then some more eating, and collapsing on the beach again for a bit more lazing. Now I really need one of those muu-muus… 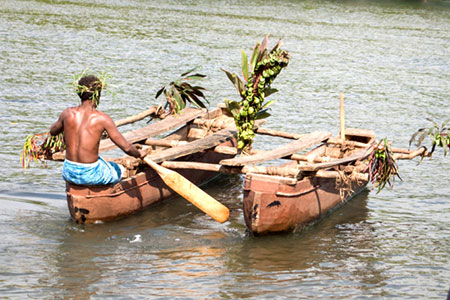 – At certain times of the year you can get affordable package deals in one of the big ritzy resorts that include airfares, accommodation and some meals. Check well-known travel sites such as hotels.com, tripadvisor.com or hideawayholidays.com.au/vli_2for1(2).asp

– Budget accommodation exists in Vanuatu but isn’t that well publicised. Go to here for a good list of reasonably priced accommodation. You can expect to pay from around VT4500 (about AUD$55) for a room in budget accommodation during the low season to around VT10,000 (AUD$120) per room at other times. You might be able to talk the price down if you stay for a week or so.

– Restaurant prices are on a par with Sydney ones, so not cheap but it’s worth splurging at the odd resort. (Tamanu on the beach has beautiful ocean views and a mouth-watering French menu.) If you’ve got accommodation with cooking facilities it’s easy and cheap to prepare some meals there. The daily markets sell organic produce that’s cheap as chips.

– Efate is the main island, but there are other more remote ones to explore. One of the most popular trips from Efate is Tanna, where volcano enthusiasts can get up close to Yasur, the live volcano. It’s a 40-minute flight from Efate that can be done as a day-trip, but a stay-over is recommended as the volcano is spectacular at nightfall. Package tours to Tanna from Port Vila often include flights, twin-share bungalow accommodation, breakfast, and a trip to a traditional village. We found some for under $400 per person. 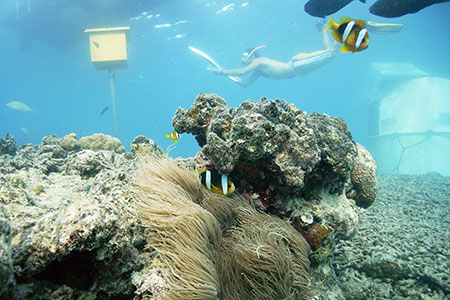 – Watch the mozzies – if you’re travelling off Efate to any remote islands, you might want to take anti-malarial medication. At the very least, take tropical strength mosquito repellent and a mosquito net with you.

– There are plenty of organised tours around Port Vila but actually it’s cheaper to take one of the ubiquitous minivans. If you’re going to take a tour always ask for the price before you agree to go (and what the tour includes) and check out a few as prices can vary.

– Avoid the shops when the cruise ships are in town – prices double.

– Christianity is big here, so when you’re out of the tourist resorts, it’s suggested you cover up a bit, especially in the more remote communities.

– Be aware that the kava here is more potent than what you’ll get in Fiji. (I’d stick to cocktails – a cup of muddy looking liquid isn’t my preferred poison).

– For more info go to the country’s official tourist website.